Le Monde: The explosion of Arab cities in Israel is a matter of time

The violence of the past year has exposed the flaws of discrimination faced by Palestinians in Israel, a country they say denies their existence in the first place, and so they are angry and frustrated, which means that it is only a matter of time before the situation explodes. 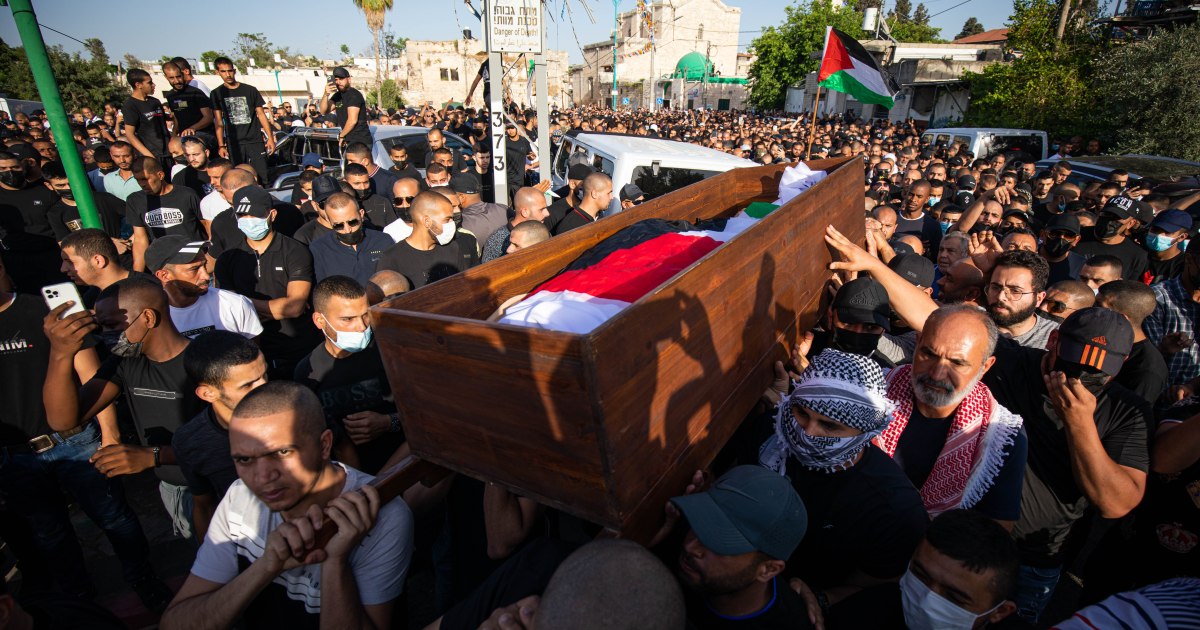 The violence of the past year exposed the flaws of discrimination faced by Palestinians in Israel, a country that they say denies their existence in the first place, so Arabs in the mixed cities are angry and frustrated, which means that the explosion of the situation is coming and it is only a matter of time.

This is how the French newspaper "Le Monde" summarized an article - written by its correspondent in Jerusalem, Clotilde Mrafko - in which she spoke to Palestinians from inside Israel, from cities where Jews and Arabs live side by side, without real mixing, as riots erupted overnight. Last year, scenes of extrajudicial executions, vandalism of places of worship and looting of shops spread, thus opening another front within Israel's borders and among its citizens.

A year after these events, a merchant sums up the situation in Lod, saying that "the atmosphere is rotten."

In the Ramat Eshkol region, the epicenter of the violence last year, a Palestinian - who spoke on condition of anonymity - says, "It's simple, we live under occupation. We are victims of racism all the time," and another forty says, "I am an Arab Palestinian-Israeli. And they (the Israelis) want us To forget who we are since 1948, but we do not forget. We live in this country, so we will resist here."

No one here wants to give his name - as the correspondent says - these three men talk about the condition of 20% of the Palestinian citizens in Israel, the offspring of those who remained after the Nakba and the resulting forced displacement of 700,000 Palestinians when the Jewish state was established in 1948, and they accuse The mayor of Lod, Likud member Yair Revivo, fueled this disgusting atmosphere, due to his exclusionary policies towards his Palestinian voters, who represent a third of the population.

Israeli researcher Haim Yacoubi, an architect and university professor, says that "anyone could have predicted what happened last May, because the Palestinians of Lod are doubly excluded, as Arab residents of the city and as Palestinian citizens of Israel, as a result of policies of a colonial nature." to Israel,” noting that during the second intifada in 2000, the Palestinians did not protest, but rather tried to show that they were citizens of Israel.

This specialist in urban planning issues explains that Israel has done almost nothing for them in 20 years, and a report issued by the Israel Democracy Institute says that the poverty rate in the so-called "mixed" cities is twice as high in the Arab community than in the Jewish community, and in Lod, for example - as These policies, which include demolishing Palestinian homes for lack of proper urban planning, are fueling intense resentment, the correspondent says.

In the context of these policies, the correspondent recalled the killing of Musa Hassouna by a bullet during a protest demonstration after a violent incursion into Al-Aqsa Mosque on May 10, 2021, for which 4 Israeli Jews were arrested, suspected of involvement in the shooting, and then released after 3 days, until The current prime minister, Naftali Bennett, described their arrest as a "moral injustice," which sparked a lot of outrage, says Fida Shehadeh, who works for the city council.

They must understand our pain

This Palestinian woman, who was threatened by the mayor and her house was shot, adds that the demonstration on May 10, 2021 was peaceful, and the police were the ones who attacked it, and added that armed Israeli Jewish civilians then made a counter-march, and shot the young men, including Among them, Musa Hassuna, the situation got out of control, and the next day an Israeli Jew was killed in his car.

Today, there are boundaries that cannot be crossed between the two societies, as Fida says, “We walk on one street with the Jews, but it is as if we are not walking in the same place, and this did not happen overnight, but rather is the result of undermining the work that was done at the level of institutions ".

Israelis are increasingly understanding that we are Palestinians, not Israeli Arabs

For his part, Palestinian journalist Rami Younes, who grew up in an Israeli neighborhood inhabited by Jews, expects that “the next explosion is only a matter of time.” He launched a program from Lod on Israeli television in November 2021, entitled “Let me show you the other side.” In an attempt to counter the mainstream media that "represents Arabs as hordes of savages," this director says, "They are here and we are here, and for us to truly coexist one day, they must realize our pain."

The correspondent mentioned that the city of Lod, which was plagued by drugs and crime today, was once a prosperous city, but it was emptied of all its residents in July 1948, two months after the declaration of the "State of Israel", following a bloody attack by the Israeli forces, which led to the death of more than From 400 of its residents, and expelling about 50 thousand Palestinians from the residents of Lydda and Ramle, to put the Jewish state in their place randomly some Bedouins, and then encourage the arrival of Jews from Morocco and then from the former Soviet Union, and in recent years, some settlers from the West Bank, with the aim of maintaining a Jewish majority in the city.

On a balcony in Jaffa, a historic Palestinian city like Lydda, now incorporated into Tel Aviv on the shores of the Mediterranean, activist Muhammad Babai, 42, presents a similar picture, saying, “The Jewish population is constantly growing. If someone talks to you about Coexistence, this is nonsense. People feel angry and frustrated, and many of them can no longer lead a decent life. Jaffa from within is a boiling volcano."

And in this city, which was also emptied of its residents in 1948, the violence that occurred in May last year caused particular pain. There, Palestinians demonstrated in support of Jerusalem and Gaza, and “the police response was very brutal,” as the activist says, and if the residents did not intervene, the residents did not intervene. Here, a mob attacked an Arab motorist in the neighboring town of Bat Yam, seriously wounding him.

And Muhammad Babai pointed out that what happened in May 2021 alerted the Palestinians in Israel of their heedlessness, “for the first time since the Nakba, we all speak the same language of resistance, whether in Israel, Jerusalem, the West Bank or the Gaza Strip,” explaining that the Israelis “began They increasingly understand that we are Palestinians and not Israeli Arabs."

In the offices of the NGO Adalah, a few meters from the port of Haifa, Hassan Jabarin says that this is the first time since 1948 that civilians have attacked civilians, noting that "the state is proud of its discrimination against Arabs," expressing his fear of new clashes, Because the Israeli authority believes that it will discourage Arabs from mobilizing again in the mixed cities by spreading fear in the hearts of the youth, but "on our part, the struggle for equal rights and an end to the occupation is stronger than ever. We will not surrender," he says.