Lettuce crisis, tomato crisis... Will your dining table be affected?

China News Service, June 11 (Zhang Mingxin) People take food as their heaven. However, under the influence of global climate change, the conflict between Russia and Ukraine, and the obstruction of the international supply chain, some countries have experienced food shortages and skyrocketing prices. From wheat to lettuce, in the 21st century, even people in developed countries have suffered The 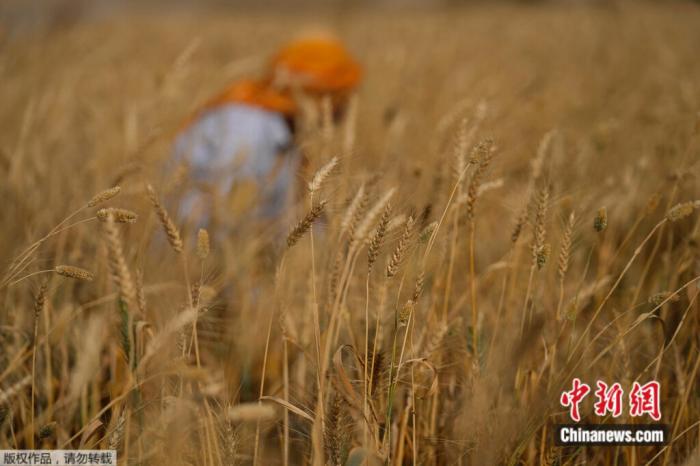 However, under the influence of global climate change, the conflict between Russia and Ukraine, and the obstruction of the international supply chain, some countries have experienced food shortages and skyrocketing prices. From wheat to lettuce, in the 21st century, even people in developed countries have suffered The predicament of "food".

Will this food crisis affect your dining table?

These foods are expensive or even in short supply

Since 2022, many countries and regions around the world have faced individual food shortages or soaring prices.

These foods have gradually spread from the initial grains to meat and vegetables:

After the outbreak of the Russian-Ukrainian conflict, Ukraine's grain exports were affected to a certain extent, causing some countries in North Africa, the Middle East and Southeast Asia that depend on Ukrainian grains to face a crisis of food shortages.

A merchant prepares freshly slaughtered chickens at a market in Kuala Lumpur, Malaysia, on May 31, a day before the implementation of Malaysia's live chicken export ban.

According to Singapore's "Lianhe Zaobao", in response to the shortage of domestic chicken supply, the Malaysian government banned the export of live chickens from June 1, which caught Singapore by surprise.

The ban not only prompted Singaporeans to rush to buy fresh chicken, but also spread to Singapore's "national dish" Hainanese chicken rice.

The country's KFC has had to replace lettuce in its burgers and other products with cabbage as lettuce prices soar in Australia, Agence France-Presse reported.

The change has made it difficult for some consumers to accept and complain.

The average retail price of tomatoes, the basic ingredient in most Indian dishes, soared by 70 percent as of June 2 from a month earlier, according to data from India's Food Ministry.

In addition to food, meat and vegetables, some countries face shortages of cooking oil.

Agence France-Presse reported that millions of consumers and small business operators in the country were unnerved by the soaring price of cooking oil.

Is "food nationalism" a problem?

There are three main reasons for the high prices or even shortages of individual foods in some countries:

Since 2022, global extreme climate events have occurred frequently, affecting the growth of crops in some regions.

On February 28, local time, after heavy rain in northeastern New South Wales, Australia, the town of Lismore was flooded, and people were evacuated by boat.

India's wheat-producing regions of northern India were hit by record-breaking extreme heat, with the Indian government forecasting a drop in the country's wheat production in 2022.

According to the United Nations Food and Agriculture Organization (FAO) statistics, Russia and Ukraine are the world's largest and fifth largest wheat exporters, respectively. The two countries together account for 19%, 14% and 4% of the global supply of barley, wheat and corn, respectively, accounting for 19%, 14% and 4% of the global supply. more than a third of cereal exports.

In addition to hindering the two countries' own food exports, the outbreak of the Russian-Ukrainian conflict has also produced a series of additional effects.

AFP quoted Flavio Macau, a supply chain expert at Edith Cowan University, as saying that the Russian-Ukrainian conflict, which has pushed up the price of diesel and fertilizer, is also one of the factors that have caused the price of Australian lettuce to soar.

In addition, under the conflict between Russia and Ukraine, the United States and the West continue to increase sanctions against Russia, which has blocked the food supply chain and made the problem of food shortages and high prices even worse.

According to statistics from the International Food Policy Research Institute (IFPRI), more than 20 countries around the world have implemented a "ban" on food exports, which has undoubtedly made the global food security situation "worse."

These export bans have sparked controversy over "food nationalism."

However, William Chen, director of the Nanyang Technological University's Food Technology Program in Singapore, believes the export bans are only temporary and not full-blown "food nationalism".

Will we face hunger?

Chen Weining expressed optimism about export bans in some countries.

"Other countries have imposed restrictions on food commodities that have been lifted," he said.

However, fears of a global food crisis are mounting due to the Russian-Ukrainian conflict, climate change and inflation.

Data map: Inside a Costco supermarket in the San Francisco Bay Area.

Georgieva, managing director of the International Monetary Fund, said last month that "global anxiety about buying food at reasonable prices is reaching its peak" as food prices continue to "rise".

UN Secretary-General António Guterres even warned that if the international community does not take urgent action, "there will be a global food shortage in the coming months".

According to Al Jazeera, 2023 could be a very dangerous year if the conflict between Russia and Ukraine continues, said Luca Russo, chief food crisis analyst at the UN Food and Agriculture Organization.