“We need foreign policy successes”: why Biden announced support for the rapid entry of Sweden and Finland into NATO

U.S. President Joe Biden "expressed strong support" for NATO Secretary General Jens Stoltenberg's efforts to facilitate a speedy process for Sweden and Finland to join the alliance, the White House said. Earlier, Finnish Foreign Minister Pekka Haavisto said that it was difficult to predict the timing of the country's entry into NATO, since the alliance states, including Turkey, expressed their doubts about this. According to experts, Biden wants the early inclusion of Finland and Sweden in the North Atlantic bloc in order to raise the rating and present it as his geopolitical victory. However, the entry of these two countries into the alliance may not happen as quickly as the head of the White House expects, analysts say. 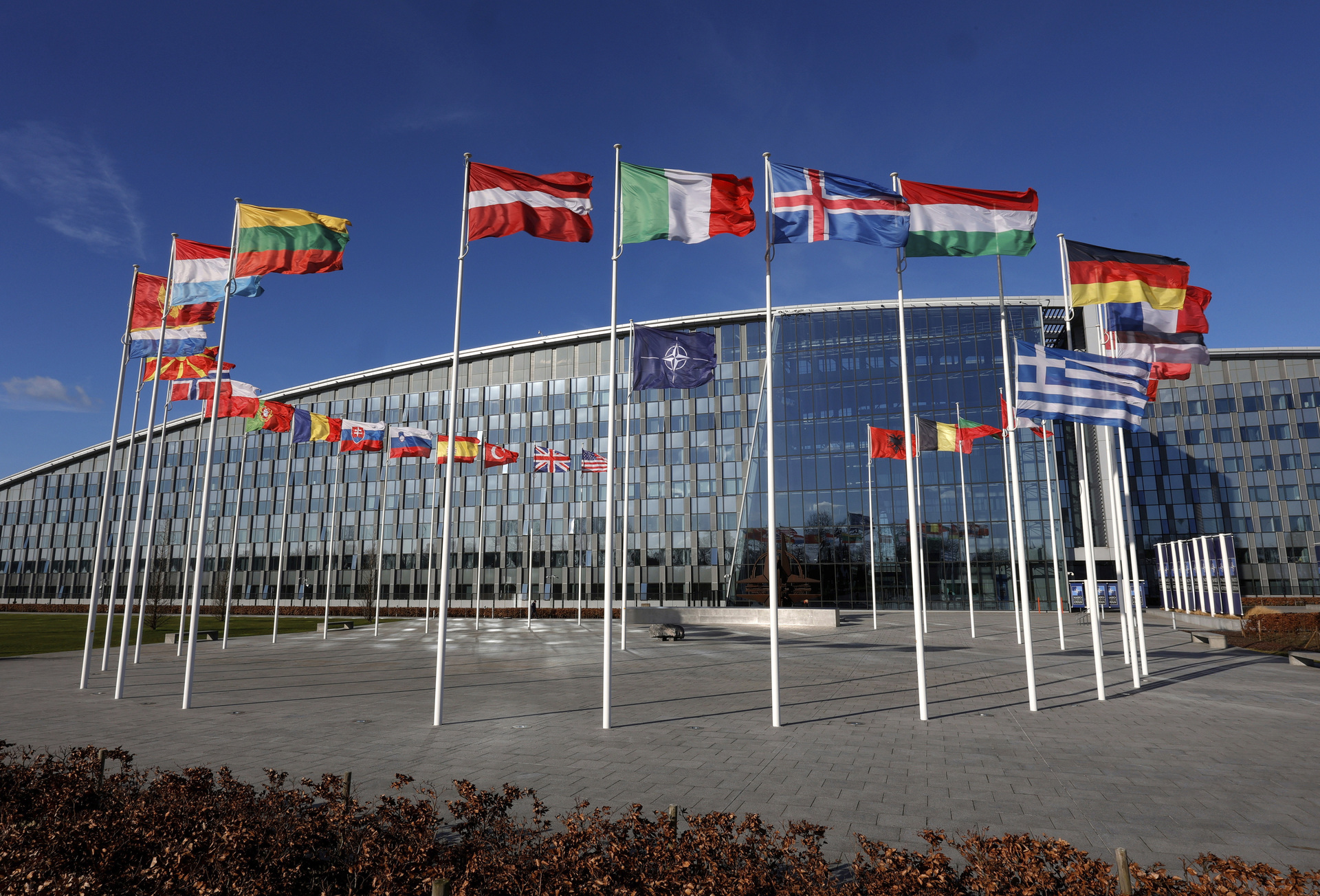 US President Joe Biden expressed support for the rapid entry of Sweden and Finland into NATO.

This is stated in a press release posted on the White House website following a meeting between Biden and US Vice President Kamala Harris with NATO Secretary General Jens Stoltenberg.

“They also welcomed the applications of Finland and Sweden for membership in NATO, and President Biden expressed strong support for the efforts of Secretary General Stoltenberg to facilitate a rapid accession process (of these countries to NATO.

), taking into account the concerns of all allies in the field of security,” the statement says. document.

During the meeting, the parties also discussed the possible consequences of the situation around Ukraine for transatlantic security, as well as the importance of strengthening "NATO's deterrent and defense means."

In turn, Finnish Foreign Minister Pekka Haavisto said earlier in an interview with the Italian newspaper Corriere della Sera that it is difficult to predict the timing of the country's entry into the North Atlantic Alliance, since some NATO states, including Turkey, expressed doubts about the possibility of Finland and Sweden joining the bloc.

Meanwhile, Jens Stoltenberg, during a meeting with US Secretary of State Anthony Blinken on June 1, stated his confidence in resolving disputes regarding the admission of Finland and Sweden to NATO.

“We must take into account the security interests of all allies.

And I am sure that we will find a common way forward.

To this end, I am in close contact with Turkish President (Recep Tayyip

.) Erdogan, as well as with the leaders of Finland and Sweden.

And in the near future I will convene high-ranking officials from all three countries in Brussels, ”Stoltenberg said.

According to him, the decision of Helsinki and Stockholm to apply for membership in the North Atlantic Alliance is historic.

According to the NATO Secretary General, the accession of Finland and Sweden to the bloc will strengthen the North Atlantic Alliance.

In turn, Anthony Blinken also expressed his confidence that Finland and Sweden will be able to resolve the differences with Turkey on the issues of joining NATO and quickly join the alliance.

Recall that after Helsinki and Stockholm simultaneously applied for NATO membership on May 18, Ankara announced that it was opposed to Finland and Sweden joining the bloc.

As Erdogan explained, the country will not change its decision until Helsinki and Stockholm begin to support Turkey's anti-terrorist actions and lift the arms embargo against Ankara.

It is worth noting that the Turkish authorities have repeatedly stated that Finland and Sweden will not become members of the bloc without giving up support for Kurdish organizations that Ankara considers terrorist.

He emphasized that the position of Zagreb will not change until the issue of electoral reforms in Bosnia and Herzegovina (BiH) is resolved, which would allow the Croatian people living in BiH to elect their national representatives to the public administration system in general elections.

Russia also expressed its attitude to the plans of Finland and Sweden to become part of NATO.

As Nikolai Patrushev, Secretary of the Security Council of the Russian Federation, noted in an interview with the Argumenty i Fakty newspaper, Moscow will perceive the expansion of NATO's military infrastructure in Finland and Sweden "as a direct threat to its own security and will be obliged to respond."

Recall, on May 24, Finland signed a technical agreement with NATO to strengthen the country's defense capability.

This was reported by the press service of the Finnish Ministry of Defense.

"Following Finland's announcement of readiness to join NATO and given its aspirations for membership in the North Atlantic Alliance, expanding the possibilities for receiving military assistance will remain a key priority," the Finnish Defense Ministry said in a statement published on its website.

"A new stage in the containment of Russia"

According to Konstantin Blokhin, a leading researcher at the Center for Security Studies of the Russian Academy of Sciences, Biden wants Finland and Sweden to join NATO as soon as possible in order to present this as his geopolitical victory and thereby raise his rating.

“The President of the United States hopes that this will strengthen his political position, which has been noticeably shaken after the flight of the American army from Afghanistan and against the backdrop of the worsening economic crisis in the United States.

Biden now really needs at least some foreign policy success, in particular, a demonstration that Washington can consolidate the West on an anti-Russian basis, integrate new members into the alliance, ”Blokhin said in a comment to RT.

In addition, in addition to achieving personal goals, Biden seeks to increase tension at the Russian borders by accepting Finland into NATO, Blokhin is sure.

“Washington is preparing for a new stage of containment of Russia, a confrontation with the Russian Federation in the Arctic.

And just the entry of Finland and Sweden into the bloc is due precisely to this, ”the analyst believes.

“The Arctic is a treasure trove of natural resources, this region is of great strategic importance.

Let me remind you that earlier the same Helsinki served as a platform for the negotiation process between Russia and the West on the development of the Arctic, and now Finland is striving to join NATO, ”Blokhin recalled.

At the same time, he stressed that for Russia, the main issue remains the deployment of military infrastructure on the territory of Finland and Sweden, since Moscow's reaction will depend on this.

“If there is infrastructure capable of causing significant damage to the Russian Federation, then Russia’s response will correspond to this threat.

But in any case, the Russian Federation will monitor the situation and keep abreast, ”the expert said.

Blokhin also believes that Washington and NATO Secretary General will act as moderators of the negotiation process between Finland, Sweden and Turkey.

“All the difficulties associated with the position of Ankara, one way or another, will still be resolved with the assistance of the United States as an interested party and Stoltenberg.

Washington and the NATO leadership will be able to push Finland and Sweden into NATO.

The only question is how soon this can happen,” the analyst said.

In turn, political scientist Alexander Asafov noted that Biden's words about supporting the rapid entry of these two countries into the bloc are intended to demonstrate the inevitability of such a scenario.

“Thus, the head of the White House once again shows that those Russian proposals for security guarantees that were made at the end of last year will not be implemented - NATO intends to move further east.

In addition, Washington is doing its best to demonstrate that, in general, Russian concerns and fears about the expansion of the bloc do not matter to the United States, ”the expert said in an interview with RT.

However, according to Asafov, the accession of Finland and Sweden to NATO may not happen as quickly as the head of the White House expects.

“Turkey and Croatia may not agree to the inclusion of these countries in the bloc for a long time.

Such behavior is especially expected from Ankara, since before the presidential elections, the anti-terrorist theme for Erdogan is a matter of principle in domestic politics.

The President of Turkey can change his demands to Helsinki and Stockholm, but only after successfully passing the electoral process for himself.

And all this will take more than a year, ”concluded the analyst.