During the weekend, the world elite in timber sports settled in Austria. Ferry Svan from Vansbro and Emil Hansson from Mora placed at the top and Svan also stood for a European record. 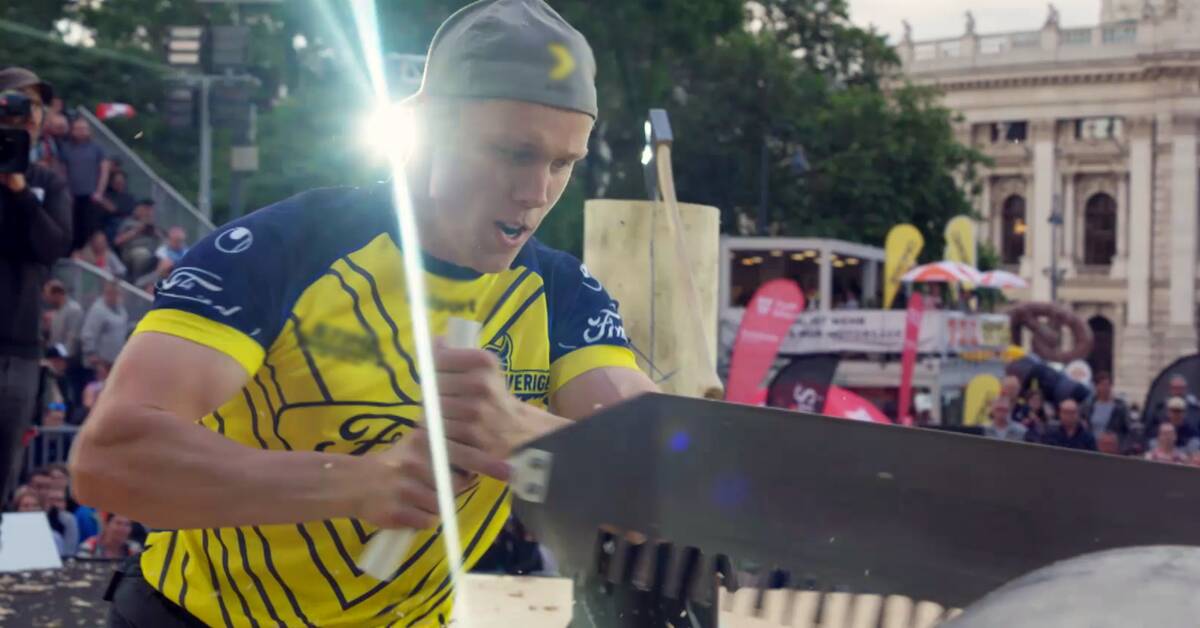 The international World Trophy championship was decided this weekend in Vienna, Austria.

Ferry Svan from Vansbro finished in fifth place and Emil Hansson from Mora in seventh place during Saturday's competitions.

The competitors must get through four disciplines where the fastest in each heat goes on and the last two make it to the finals.

The competition was the starting shot for the international PRO class, where both Emil Hansson and Ferry Svan faced stiff competition.

The next big competition will be the World Cup at home and in August it is the Nordic championship that works as a qualifier there.

There I want to be the best Swede, and I will do everything I can to become one, says Ferry Svan.

Debutants in the junior and girls' classes

On Friday, Edvin Karlsson from Orsa and Tove Njåstad from Falun also competed in the junior class and the girls class.

There, Edvin Karlsson finished in sixth place in his first world championship and Tove Njåstad in seventh place in her debut.

Watch the video above from Ferry Svan's fast-paced competition and the interview with him afterwards.