Basketball: an NBA Chicago-Detroit match organized in Paris in January 2023

The NBA is making a comeback in France! Three years after hosting the Milwaukee Bucks of Giannis Antetokounmpo, Paris-Bercy will host two other legendary franchises: the Chicago Bulls will face… 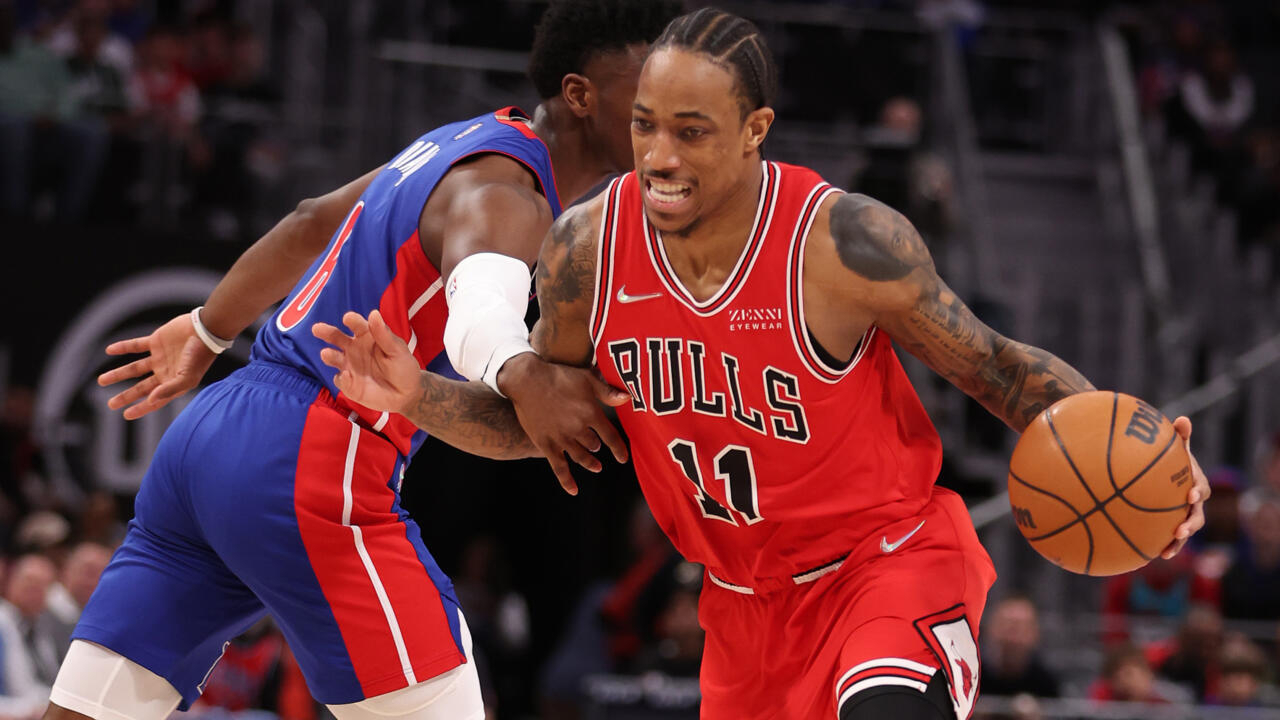 The North American Basketball League had promised, but the Covid-19 pandemic has delayed its plans.

He therefore finally had to wait three years to have a second match in his prestigious championship in France.

It will be at the end of January in the lair of Bercy, the site which will host the final phase of the men's and women's Olympic basketball tournaments, 18 months later.

"It's fabulous! The NBA is back in Paris, I'm really looking forward to it. Paris is one of the most beautiful cities in the world, the country is fabulous and we can't wait to see the Bulls and Pistons play there", s rejoiced with AFP BJ Armstrong, former leader of Chicago during the first period of Michael Jordan on the shores of Michigan.

Three years ago, 15,000 lucky ones (out of more than 100,000 requests!) were able to see the Greek Giannis Antetokounmpo, MVP 2019 and 2020, for the first big NBA show in France for a regular season match, which the Bucks won against the Charlotte Hornets.

In eight months, it will be the Bulls, who made basketball fans dream in the 1990s with Michael Jordan, Scottie Pippen and Dennis Rodman, who will land in Bercy, to face the Detroit Pistons, rivals of the Bulls in the Is at the beginning of Jordan, with Isiah Thomas (consecrations in 1989 and 1990).

The Bulls, still far from their golden period of the 1990s, have regained a little bit of shine this season, notably behind the remarkable performances of DeMar DeRozan, who arrived in Chicago last summer.

Sixth in the Eastern Conference, the Bulls then lost 4-1 in the first round of the play-offs against the Bucks.

Jordan and Magic in Paris

DeRozan will be one of the Bulls' two attractions in Paris, along with the spectacular Zach LaVine, All-Star dunk contest winner in 2015 and 2016, if he's still in Chicago next season (he's a free agent this summer ).

Second to last in the Eastern Conference this season with only 23 wins, the Pistons are rebuilding around Cade Cunningham, drafted in first position in 2021.

"He's an incredible player, who will be one of the best NBA players. It's a team that is improving and playing better and better," observes BJ Armstrong.

For the French public, it will also be an opportunity to (re) see the promising Killian Hayes, drafted in 7th position (best ranking of a tricolor) in 2020, if he remains at the Pistons by then.

For the NBA, this game is the 34th played outside the United States and Canada, in what it calls the "Global Games", launched in November 1990 and hosted in four countries: Japan and Mexico in the 1990s and in the early 2000s, then Mexico and Great Britain in the 2010s, and finally France.

Before the regular season matches, the NBA was exported outside its lands for preseason matches or promotional tours from the 1980s - Paris hosted some from 1991, with the Lakers of Magic Johnson, who had in particular faced the CSP Limoges of Richard Dacoury.

Miami Heat cheerleaders dance during a timeout during the NBA preseason game against the New Jersey Nets, October 9, 2008 in Paris BERTRAND GUAY AFP/Archives

The "Dac'" had also had the chance a few years later, in 1997, to face Bercy also against another NBA legend, Michael Jordan, during a pre-season promotional tournament between the Bulls. and PSG Basket.