In Calvados, Elisabeth Borne plays the proximity card with the French

Visit a dairy farm, meet shopkeepers and take a short trip to an "eco-responsible" festival... On the move in Calvados, where she is a candidate for the legislative elections, Elisabeth Borne plays the card of proximity to the inhabitants. A way to break his image as a techno prime minister. 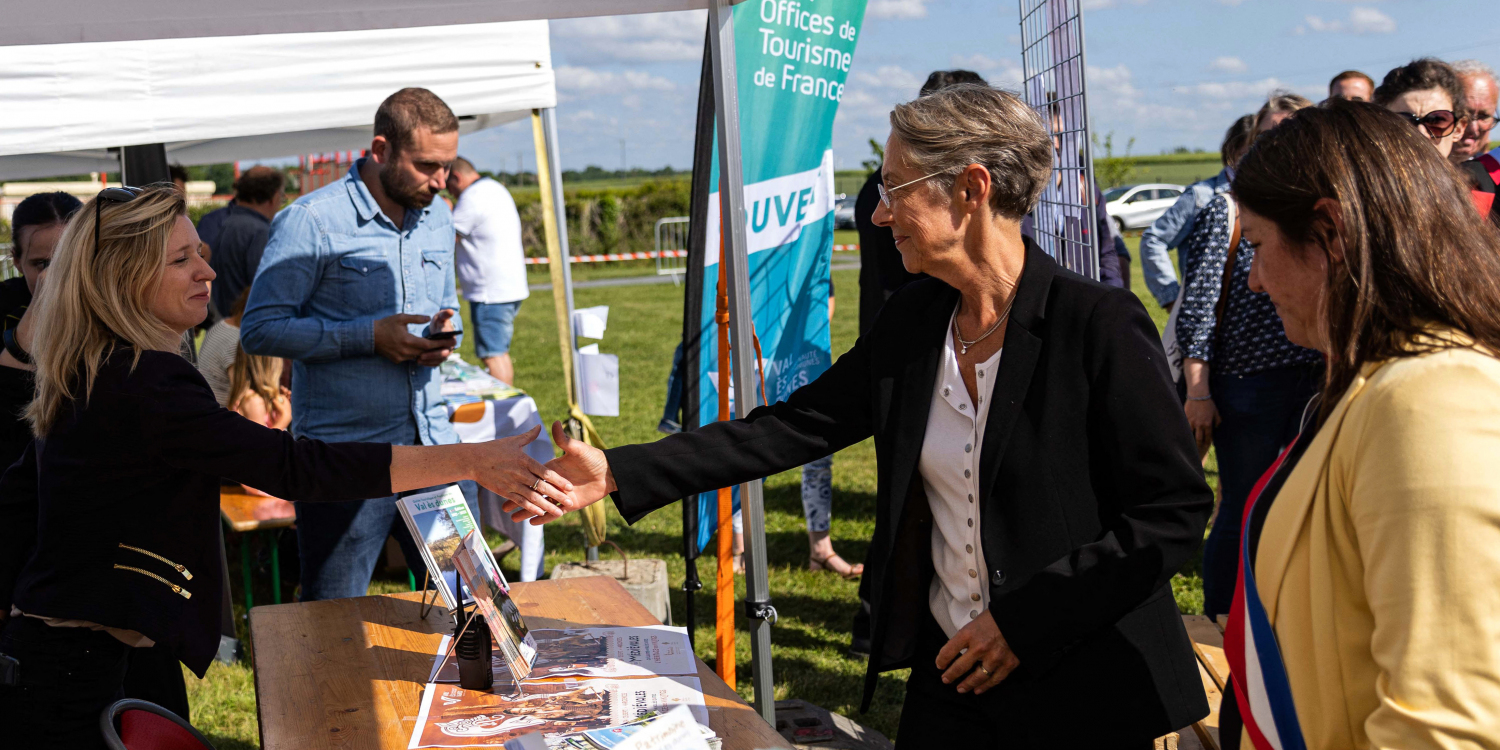 Visit of a dairy farm, meeting shopkeepers and a short tour of an "eco-responsible" festival... On the move in Calvados, where she is a candidate for the legislative elections, Elisabeth Borne plays the proximity card with the inhabitants .

A way to break his image as a techno prime minister.

It is with the candidate's costume that Elisabeth Borne arrives in Villers-Bocage.

Tract in hand, accompanied by her deputy, she makes the rounds of the traders.

One hour wandering in a certain indifference on the part of the inhabitants.

The few who challenge him are not addressed to the candidate, but to the Prime Minister.

Calvados, a "choice of heart"

Like this retiree worried about her purchasing power: "We're pulling the string," she told Elisabeth Borne.

“We also have measures on the indexation of pensions on July 1. I will have a decision to make in the coming days on the subject”, replies the Prime Minister.

The difficulty of campaigning with a double hat, which is moreover in a territory where it is not very established.

But Elisabeth Borne responds to her opponents who accuse her of being parachuted into a rather favorable constituency: "Calvados is the cradle of my family. It's really a choice of heart and I can assure you that I could have simplified my life by presenting myself in a constituency in Paris. So, if I come here, it is because it is close to my heart".

Elisabeth Borne promises to go to her constituency every weekend between now and the legislative elections and intends to take advantage of this campaign to play the proximity card.

And thus break his image as a techno prime minister.