Worried about growth, Wall Street fails to stop its decline

The New York Stock Exchange ended on a new decline on Thursday, in a still gloomy climate fueled by signs of slowing down in American growth, cut in its tracks by inflation… 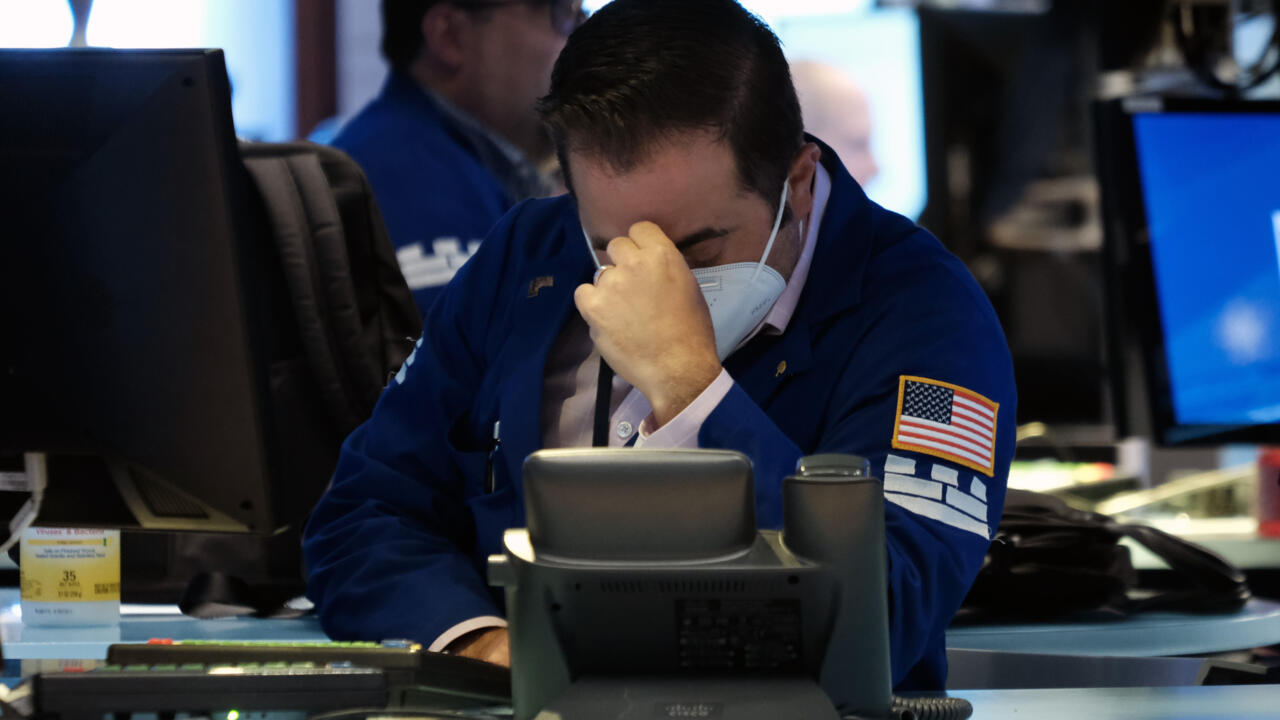 "Yesterday (Wednesday), it seems that there was a wave of forced sales" by operators under financial pressure, "but today will have been calmer", commented Quincy Krosby, of LPL Financial.

If the indices actually evolved Thursday within much tighter margins than the day before, they nevertheless played the weathervanes throughout the session, between red and green.

The S&P 500, the most representative index of the New York market, approached very close to the symbolic threshold of -20% compared to its peak of January 4 (-19.0% at the close).

If it had crossed it, Wall Street would have officially entered the "bear market", that is to say beyond the simple correction.

"It approaches that floor, then bounces back," observed Quincy Krosby.

The market was "agitated", considered analysts at Wells Fargo, "because of fears that inflation and monetary tightening will continue to incite caution".

Quincy Krosby also noted the relaxation of rates, the result of a migration of investors to the bond market "to protect themselves against the volatility of the equity market".

“What has changed in the last few days is the shadow on growth,” according to Quincy Krosby.

The message was carried by the retail giants, several of whom reported falling profits and margins eroded by soaring costs.

"It's one thing to see analysts talking about it," she says, "it's another thing to hear companies say they're struggling with higher prices, that they're not to pass them on to consumers".

Illustration of the day with the failure of the department store chain Kohl's, whose net profit came out much lower than expected.

The group nevertheless benefited (+4.43% to 45.04 dollars) from the imminence of firm takeover offers, expected in the coming weeks, as part of a strategic process already announced.

Another retailer to suffer from inflation, the chain of household items Bath & Body Works (-6.78% to 40.03 dollars), which has revised downwards its net profit forecast.

The mood was further clouded by the Philadelphia area's manufacturing activity index, which in May fell to its lowest level in two years.

The decline is much more marked than predicted by economists.

In addition to distribution, most of the heavyweights of the rating, in particular Apple (-2.46%) or Alphabet (-1.47%) suffered losses on Thursday.

Elsewhere, Cisco (-13.73% to 41.72 dollars) paid the publication of a quarterly turnover well below expectations.

As for Harley-Davidson (-9.29% to 32.43 dollars), investors had little taste for the announcement of the suspension, for two weeks, of deliveries from the motorcycle manufacturer, linked to a compliance problem with a supplier. .

The sports equipment manufacturer Under Armor took it badly (-15.76% to 8.18 dollars) the announced departure of its general manager, Patrik Frisk, who had worked on a strategic reorientation of the company for two years.