When it's '0 in the morning'... To Kim Dong-yeon Sadang Station and Kim Eun-hye Logistics Center

As I was going to work this morning, I could see banners of candidates running for local elections hanging on the street. You will see the banner on your way to work. 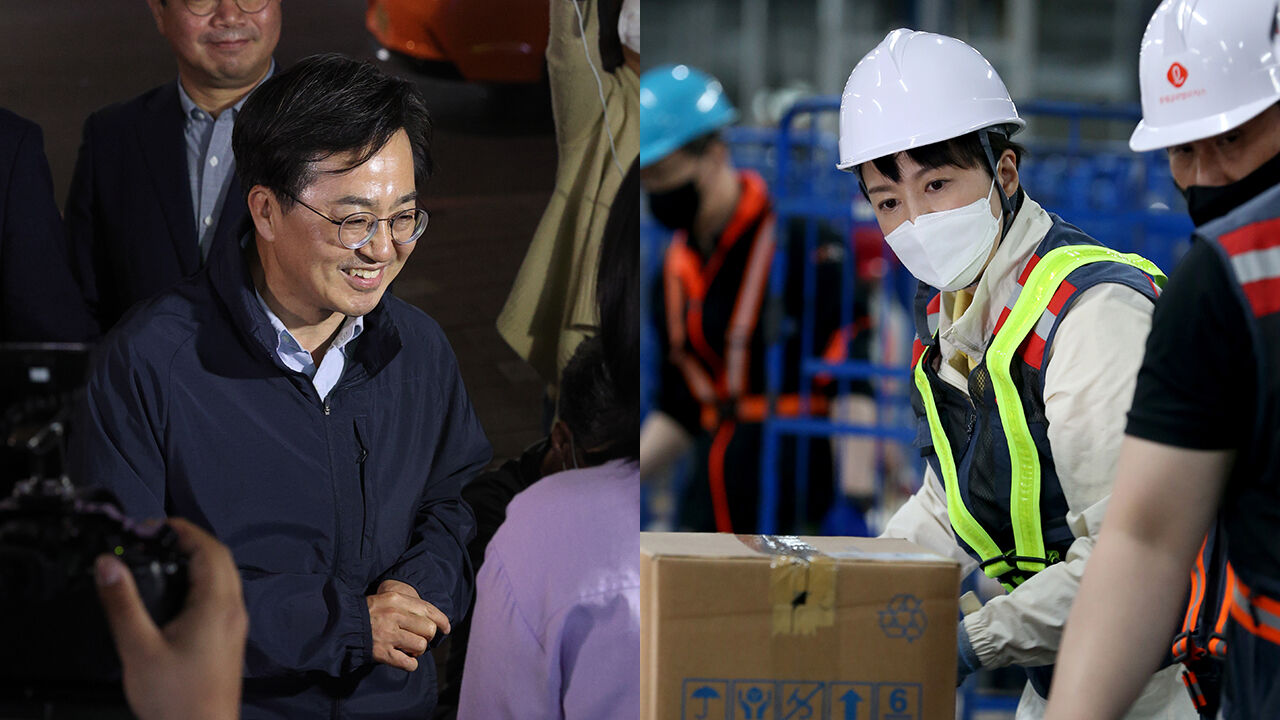 As I was going to work at dawn today (19th), I could see banners of candidates running for local elections hanging on the street.

You will see the banner on your way to work.

From today, the official election campaign for the June 1 local election has begun.

7,600 candidates running in 2,300 constituencies across the country for the June 1st local election started their official campaign for 13 days starting at 0 am today.

As soon as the date changed, the candidates for the governor of Gyeonggi Province, the biggest battleground, ran to the scene.

At 0 a.m., Democratic Party candidate Kim Dong-yeon, who started an election campaign with a greeting on the way home from Gyeonggi-do residents from Sadang Station, holds a campaign in Suwon in the morning.

Kim Eun-hye, a candidate for the People's Power, who chose Gunpo's parcel distribution center as her first election campaign site, goes to work in Seongnam.

Democratic Party candidate Song Young-gil, who visited the military vehicle base at 0 a.m. in Seoul, campaigned intensively in Gangbuk, and People's Power candidate Oh Se-hoon went to Gwangjin-gu to check with the security guard and then attack the western part of Seoul.

The ruling and opposition parties who attended the 5.18 commemoration ceremony yesterday held a de facto campaign in Honam.

The People's Power has announced that they will drop a 'budget bomb from the ruling party' on Honam,

The Democratic Party emphasized the theory of checks by criticizing the personnel of the Yoon Seok-yeol administration, in which a large number of former prosecutors were heavily used.

Leaders of the opposition parties will visit Incheon this morning to hold a ceremony to launch the Incheon Election Commission.