Here, pensioners go out on a raggar round: "An experience beyond the ordinary"

It was a long-awaited cruising that was carried out after the pandemic restrictions were released. Bernt Andersson, who has lived in Kungsör since 1938, was allowed to ride in a Cadillac cab. - I have never seen Kungsör from a car like this, so it is an experience beyond the ordinary, he says. 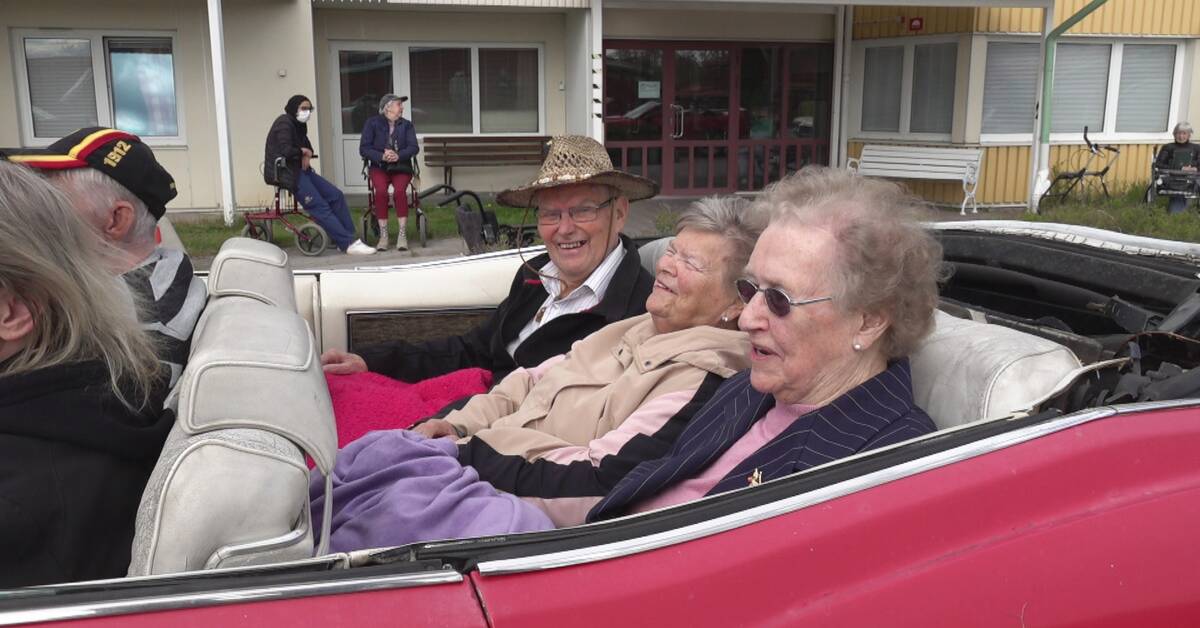 - It was good that they arranged this.

On weekdays it is usually bingo and gymnastics and everything, but on the weekends it is quiet otherwise, says Ingvar Andersson.

Behind the event was Raggarkompaniet Mälardalen, which has been asking for senior cruising for more than ten years.

The organizer Maths Gustavsson tells how it started.

- I was working with a transport service in Eskilstuna when my mother-in-law mentioned at the daycare that we had Yankees and the staff asked if we could take the pensioners out for a round and we took care of it immediately.

Since then, it has been expanded, but it was the first time they lined up for senior cruising in Kungsör.

- It was wonderful to go with the pensioners, we listened to music and a lady told us that she had been with a man who had an old Mustang, says Maths Gustavsson.

- We do not ask for anything back, just a cup of coffee.

It gives so much back, you get warm in the heart.

When I get older and stop driving, I also want the chance to get out again, says Maths Gustavsson.

- During the pandemic restrictions, there have not been many activities so I think there is a desire to do things and maybe new things, says Anna Hellberg, activity coordinator at Kungsörs municipality.

And Raggarkompaniet is coming back.

- We received a request from Kungsör to come back, so we will come again in September, says Maths Gustavsson.