Turkey's NATO play about Sweden - this has happened

Several statements from the Turkish government have led the country to be singled out as an obstacle to Sweden's NATO membership. Here are the tours of the last few days. - There is a risk that there will be a lock, says Turkey expert Paul T Levin. 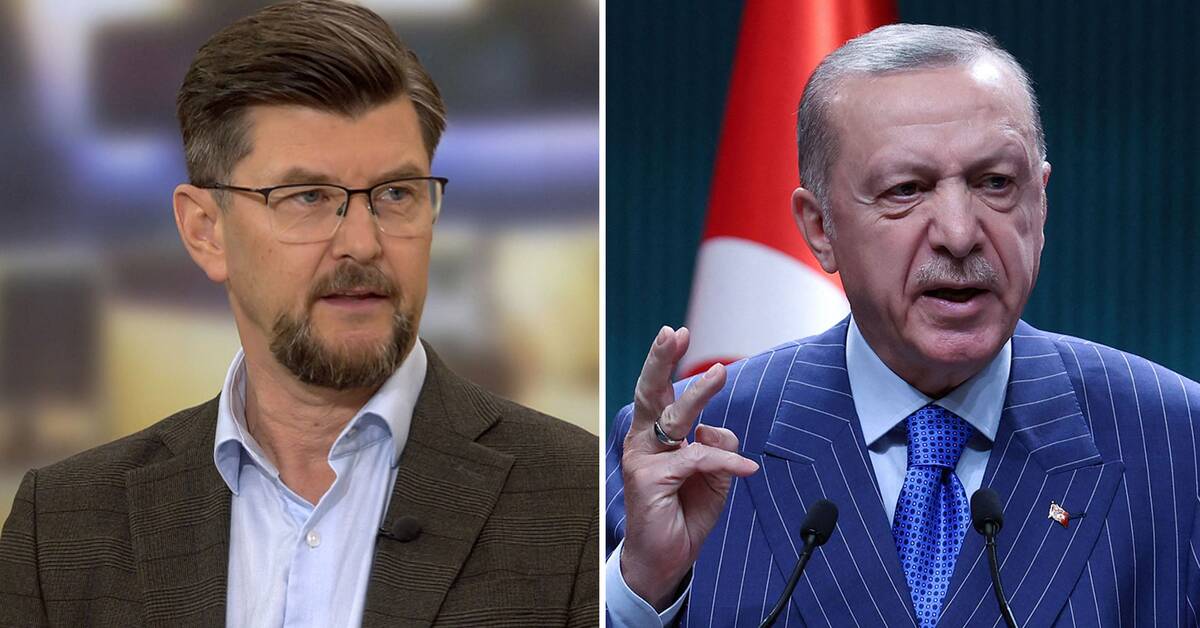 A no from a single member state can overturn Sweden's NATO application.

Following statements from the Turkish government on Sweden's application, the question is whether Turkey is prepared to go as far as stopping Swedish membership.

Turkish President Recep Tayyip Erdogan says it would be a "mistake" to allow Sweden and Finland to join NATO.

Erdogan believes that this would not be favorable for Turkey and therefore announces that it is not possible to support the countries' plans for NATO membership.

Erdogan accuses Sweden and Finland of giving refuge to members of the EU, US and Turkey-branded Kurdish guerrilla PKK and the far-left organization DHKP-C.

The statement is said to have surprised NATO.

Spokesmen later clarified that Turkey does not completely close the door - but criticism of what Turkey calls Swedish support for terrorist groups has continued.

The parties do not succeed in reaching a solution.

Foreign Minister Ann Linde (S) will have bilateral talks with your Turkish colleague.

- We were very clear that we believe that the PKK is a terrorist organization.

But like many other NATO allies, we also have talks with other Kurdish organizations, Ann Linde said after the meeting.

- For example, they think that in principle all Kurds in northeastern Syria belong to the same organization.

We do not think so.

Mevlüt Cavusoglu, on the other hand, is harsh in his criticism of Sweden and Finland.

- These two countries openly support and have ties with the PKK and YPG.

These are terrorist organizations that attack our troops every day.

It is unacceptable and outrageous that our friends and allies support these terrorist organizations, he said after the NATO countries 'foreign ministers' meeting in Berlin.

Sweden has good relations with the YPG, which strongly contributed to defeating IS and governing in northeastern Syria.

Turkey, however, claims that the YPG is only a cover for the terror-branded PKK.

Mevlüt Cavusoglu criticizes Ann Linde, who he says has expressed himself provocatively after their meeting on Saturday.

At the same time, NATO's Deputy Secretary General Mircea Geoana is not worried that Turkey would block Sweden's and Finland's possible NATO applications.

"I feel confident that if these two countries decide, within the next few days, I understand, to apply for membership in NATO, then we will be able to welcome them and find all the conditions for reaching consensus," Geoana said during day two of NATO's Foreign Ministers' meeting.

- We will send a group of officials who will hold discussions and have a dialogue with Turkey, then we will see how this issue will be resolved and what this is really about.

But the signals we have received from NATO are that there is an agreement that both Sweden and Finland should be allowed in, says Hultqvist in Morgonstudion.

Paul T Levin, head of the Institute for Turkey Studies at Stockholm University, believes that it is likely that Turkey wants to implement certain changes from Sweden regarding the view of Kurdish militias.

- There is a risk that there will be a deadlock because these are politically and ideologically important issues in both Turkey and Sweden.

It would be very difficult for Sweden to give up the cause of the Kurds, which many Social Democrats care deeply about, he says in Morgonstudion.

Hultqvist: Will hold discussions with Turkey