At the Pyramids of Egypt, a tourist destination visited by people all over the world, local teenage boys have been controversial, such as making inappropriate physical contact with female tourists. 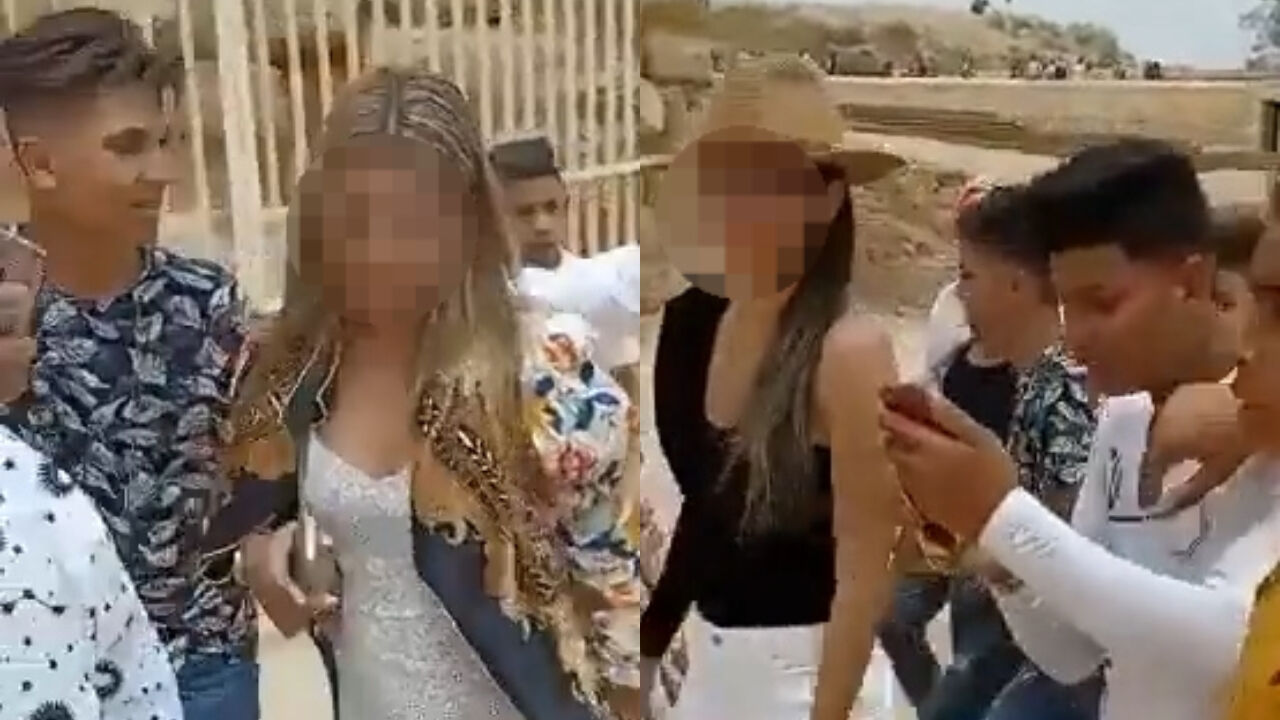 At the Pyramids of Egypt, a tourist destination visited by people all over the world, local teenage boys have been controversial, such as making inappropriate physical contact with female tourists.

According to foreign media reports such as the BBC and Daily Mail on the 9th local time, 13 teenage boys were arrested on charges of sexually harassing a female tourist at the pyramids of Giza located on the outskirts of Cairo, Egypt.

According to local prosecutors, the boys arrested were between the ages of 13 and 15, and it was found that the boys claimed that they "just wanted to take pictures with tourists and did not intend to harm them."

Because the boys are young, if they are charged, they will be tried in juvenile court.

The incident became known through a video posted on social media by an Egyptian travel guide on the 7th.

The guide released a video filmed at the time with the caption, "Teenage boys harassed female tourists."

In the video, two female tourists were seen walking with displeasure while surrounded by teenage Egyptian boys.

Boys surrounded the tourists, swiping their cell phones and taking selfies, and one boy even ran from behind and groped the female tourist's ass before running away.

The female tourists turned and pushed the boys away, grimacing, trying to get out of between them.

In response to the women's reaction, the boys laughed, ridiculed and continued to behave rudely.

The guide who filmed the video kept telling the boys to "stay away from the tourists," and even pushed the overactive boys.

A netizen who saw the video responded, "I am Egyptian, but I promote Egypt as a safe place for tourists."

Meanwhile, in Egypt, sexual assault has been a crime since 2014, and if found guilty, it is punishable by up to five years in prison.