The funeral contractor sounds the alarm: Bodies are lying and rotting on the mortuary

When the funeral contractor Emilie Tingström visited Uppsala's mortuary in January, she was met by a nasty smell. She was told that two people had been lying dead in the refrigerators since last summer. - It is so unworthy, it should not have to happen in Sweden today. I get a stomach ache when I think about it, says Emilie Tingström. 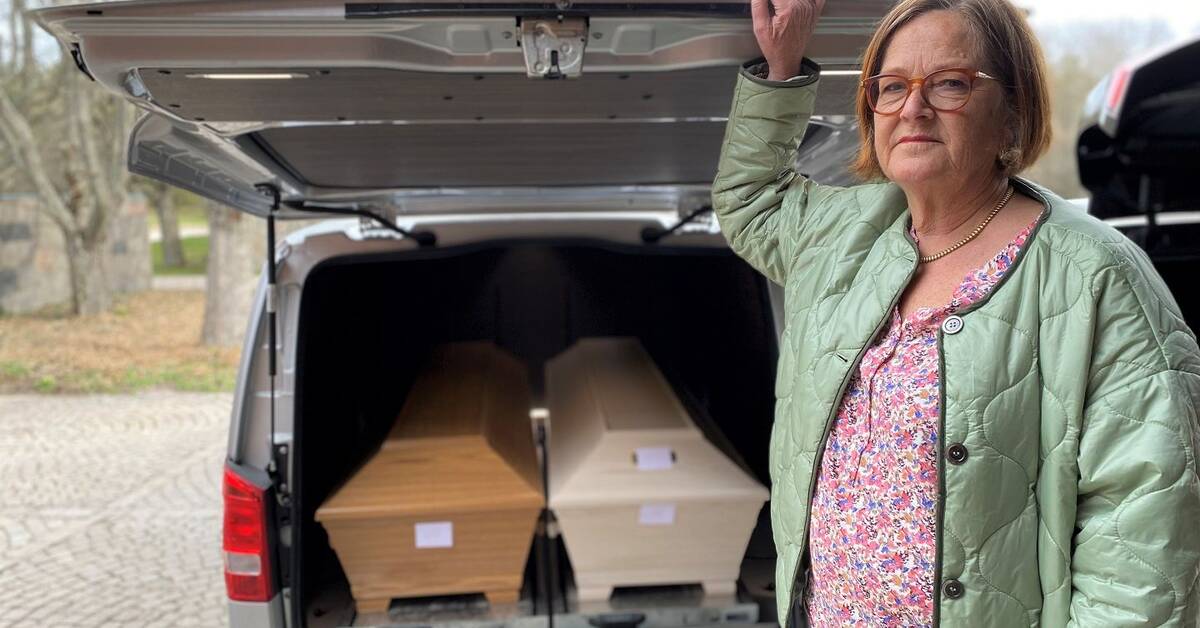 When a deceased person has no relatives at all, the authorities take care of the funeral.

If, on the other hand, there are or are believed to be relatives of the deceased, it can take a very long time before the body can be moved.

This is despite the fact that the Funeral Act states that a deceased person must be cremated or buried as soon as possible and no later than one month after the death.

Most of the dead who come to the mortuary in Uppsala remain for ten to twelve days.

But some stay much longer than that.

This is about people not about a paper to be turned.

I want to make a change, says Emilie Tingström who at one point took matters into her own hands and had two bodies cremated.

Is it allowed to do so?

- I was in contact with the manager of the crematorium.

I contacted the municipality afterwards, they had not managed to solve this.

I am responsible for everything I have done, says Emilie Tingström.

She is critical of the municipality, which is given the responsibility to find relatives if the Tax Agency does not succeed.

If no relatives are found, the municipality will take care of the funeral.

Emilie Tingström thinks that Uppsala municipality should prioritize this and become more active.

Ida Bylund Lindman, head of the department for financial assistance at Uppsala municipality, believes that the municipality works as quickly as they can with these matters, but that genealogical investigations can be extensive and sometimes take time.

For example, it can be difficult to get in touch with relatives who live abroad.

- We have legislation that says that you should really try to find relatives.

Then it is not good that it takes a long time, says Ida Bylund Lindman.

Although it is complex, she thinks that the municipalities' mandate is something that can be discussed.

- As it looks now, we are bound by the existing legislation.

The risk of making your own decisions is that it turns out that there are relatives, it can be unfortunate in retrospect.

For example, some religions do not want cremation.

In the clip: Hear Emilie Tingström talk about what she did when she found two bodies that had been lying on the mortuary for a long time.