L1: Lyon is a hit and clings to Europe

Lyon clings to its European dream through the championship and did a good job by easily beating a drifting Bordeaux team (6-1), Sunday at Groupama stadium, after a match... 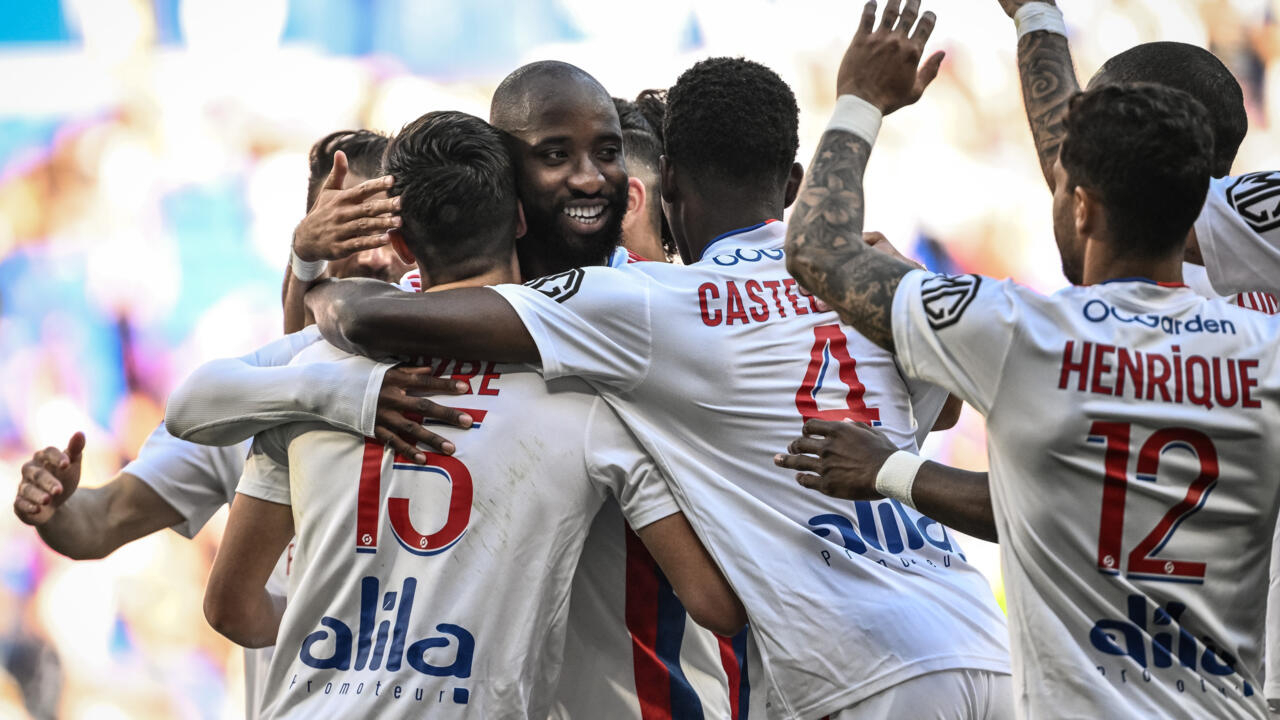 With this thirteenth victory of the season in the league, insignificant given the lack of combativeness of the Girondins, OL climbed to 8th place, four points behind Strasbourg (5th) and Monaco (6th) and five lengths behind Nice (4th). ).

But the goal difference is far from being favorable to OL (+9) compared to these two opponents (+19 for Racing and +14 for the Aiglons), nor against Monaco (+16), which prevents him from finishing tied on points with them.

Olympique Lyonnais, eliminated by West Ham on Thursday in the quarter-finals of the Europa League (3-0), is seeking to save its season by snatching European qualification.

Despite a fracture with some of his ultra supporters, the trip to Brest (12th) on Wednesday will be a test in his declared ambition to operate a "remontada".

On the other hand, unlike Lyon, the Girondins (19th) made a very bad operation in the race to maintain.

Not only did they lose ground to Saint-Etienne, winner of Brest on Saturday (2-1) and 17th with a four-point lead.

And they are also three lengths behind Clermont (18th, play-off) after their draw in Metz (1-1).

They will have to display a much less casual attitude on Wednesday for the reception of Saint-Etienne, in a decisive duel for the future in Ligue 1 of the two clubs, but undoubtedly still a little more for the Girondins who would find themselves seven lengths behind. Green in case of defeat.

With a goal difference now of -35, worse than all their direct opponents at the bottom of the ranking, they will be prohibited from finishing on equal points with them.

The Bordeaux defense has again failed, starting with its goalkeeper Gaëtan Poussin, abandoned by his partners.

Powerless on the first goal scored by Moussa Dembélé who headed a cross delivered from the right wing by Malo Gusto (20), he missed his clearance on foot after a back pass to allow Karl Toko Ekambi to carry the score at 2-0 from the head (27).

His poor aerial outing combined with the passivity of his defense benefited Lucas Paquetà allowing Lyon to take advantage of a three-goal lead at half-time (34).

Only eleven seconds after the start of the second period, Romain Faivre, in two stages, victoriously took over a cross delivered from the right wing by Dembélé (4-0, 46), an action symbol of the lack of investment from Bordeaux.

The latter still conceded a fifth goal, scored by Toko Ekambi, alerted in the axis by Jeff Reine-Adelaïde (5-0, 68).

At the end of the game, Seko Mara reduced the gap on a penalty conceded for a gross foul by Damien Da Silva (85) before a final goal for Lyon signed Dembélé for a double which brings his total to 14 goals in Ligue 1 (6 -1, 90+2).