Daily life continues in the subway stations, where Ukrainians resort to shelter from the continuous Russian bombing of various cities of the country. 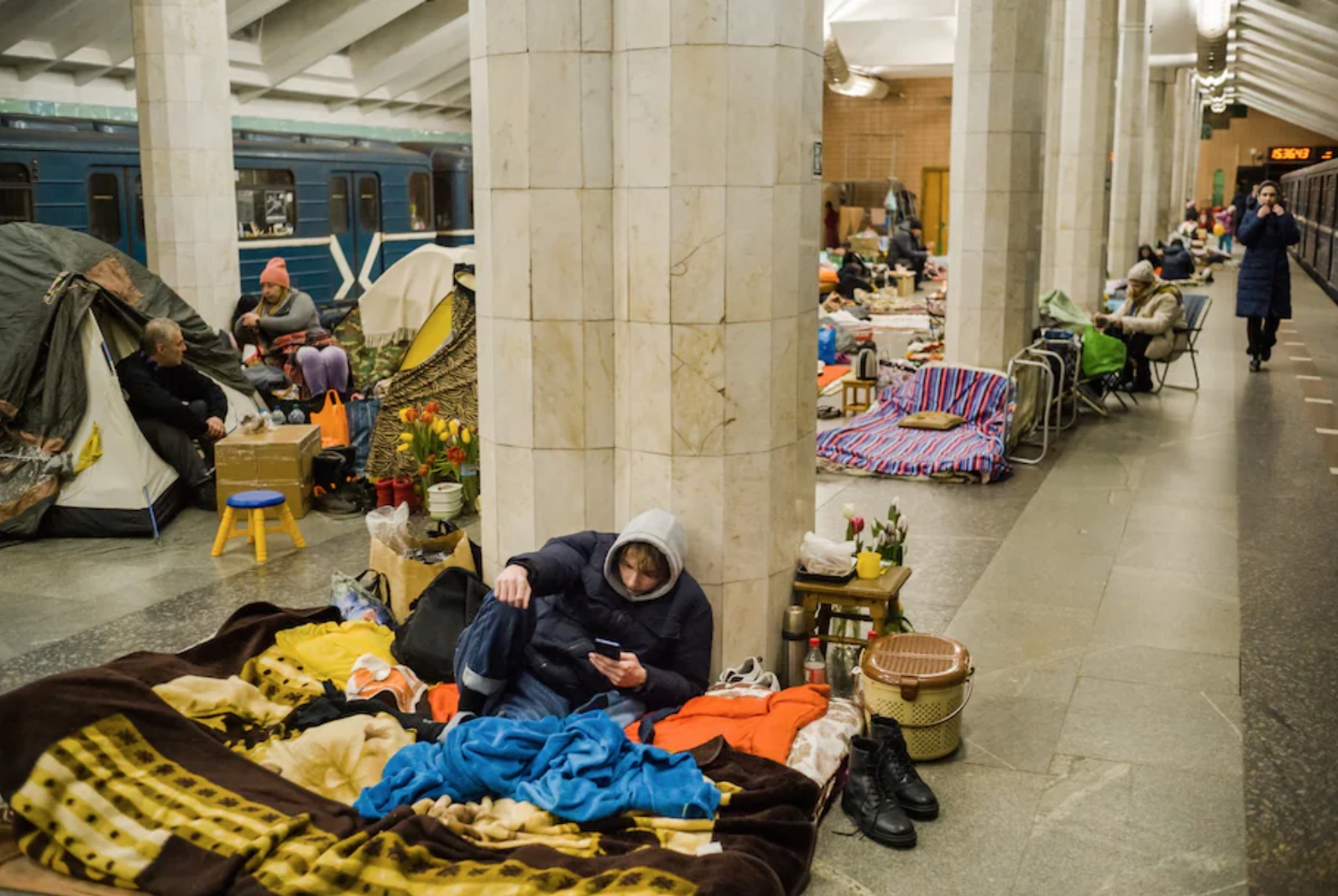 Daily life continues in the subway stations where Ukrainians take refuge from the continuous Russian bombardment of various cities of the country.

Metro stations have been transformed into temporary homes housing thousands of residents, including women and children who are often assigned subway cars, on the grounds that it is warmer.

The "Washington Post" newspaper says that trips abroad using escalators to get fresh air are rare and shortened, for fear of exposure to Russian forces, as residents have faced since February 24 a new environment in which they do not see sunlight.

For more than 3 weeks, Vladelina Igorevna lives with her mother and two young children Nizar (6 years) and Makar (3 years) in a metro station, where they are afraid to leave the station.

"The children hear the bombs exploding and they want to go down (to the station) again. Every day I want to go out but I can't," said Igorevna, a 31-year-old single mother.

For nearly a month, thousands of Kharkiv residents have lived deep underground in the city's metro system to be protected from the daily barrage of rockets, artillery and cluster bombs fired by Russian forces.

Moscow's attack on its neighbor displaced 10 million people - a quarter of Ukraine's population - in a matter of weeks.

In Kharkiv, which borders Russia, at least half of the 1.4 million residents have fled, according to officials, as the city remains desolate, frightening, and almost destroyed.

The Kharkiv metro opened in 1975 at the height of the Cold War, becoming the sixth metro system in the collapsed Soviet Union in 1991.

For some of the residents who remained, the Kharkiv metro system, which was built to withstand nuclear war in the past, appears to be the safest place.

Tents and mattresses were spread inside the stations, while the subway cars were parked with their doors open to provide more shelters for sleep.

Children chase each other on escalators, the favorite playground in this underground dormitory.

Rather than announcing train delays at stations, the speaker system tells residents that volunteers have arrived with food.

In the carriage in which Igorevna "lives", 25 other people sleep with her.

She noted that leaving is very difficult and dangerous, adding: "They have no car and nowhere to go. Besides, this is their city."

Kharkiv bore the brunt of previous wars, and was the target of four battles between Germany and the Soviet Union during World War II.

For Igorevna's mother, the war destroyed her fond memories in Kharkiv.

"We had a beautiful city," Yelena, 61, explained. "They bombed the zoo and our churches; they bombed all the beautiful things we had."