The repercussions of Russia's war on Ukraine.. 5 direct effects on the most powerful economy in the world

Russia's war on Ukraine and the subsequent severe sanctions imposed by Washington and its allies led to sharp fluctuations and a crisis in the global economy and financial markets. What about the US economy, the strongest in the world? 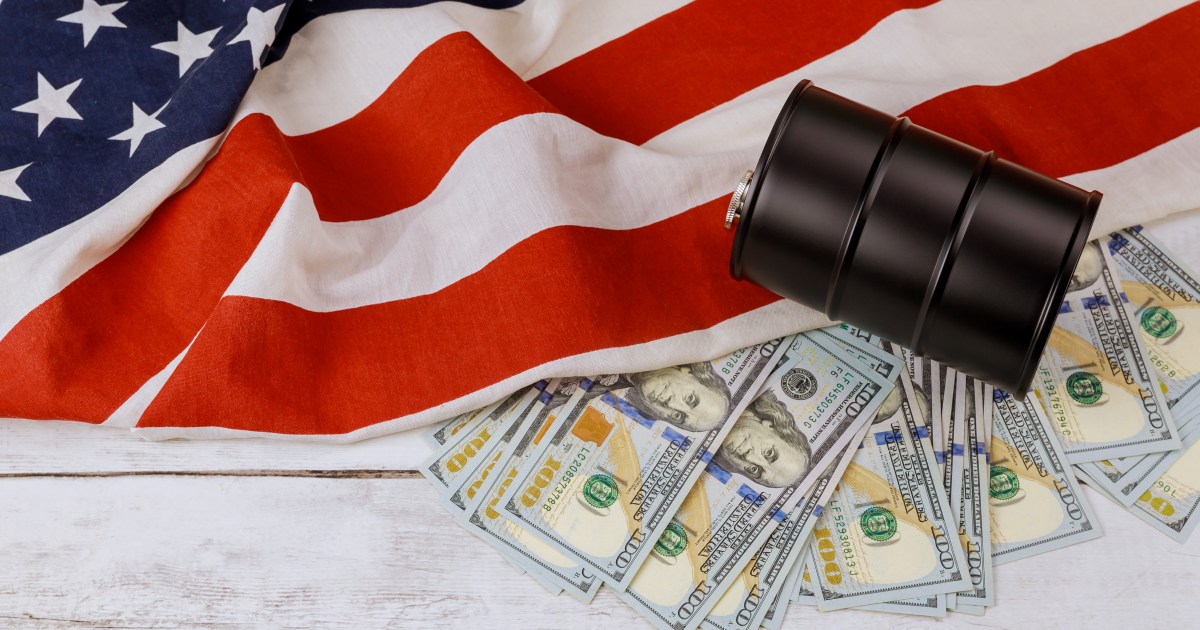 Russia's war on Ukraine and the subsequent severe sanctions imposed by Washington and its allies led to sharp fluctuations and a crisis in the global economy and financial markets. What about the US economy, the strongest in the world?

A report on the American "The Hill" website says that these sanctions have turned supply chains upside down around the world, affecting food, energy and industrial products, in light of a major inflation crisis, affecting the movement of travel in the world and sharp fluctuations in the stock exchange.

The report adds that these political developments related to the Russian war and US sanctions will have 5 direct effects that the American citizen will feel during the coming period.

Oil prices witnessed a rocket rise the first day on Monday, with the Russian war on Ukraine entering its fifth day, and the United States and the European Union continuing to impose more sanctions, and therefore the price of Brent crude exceeded the barrier of 100 dollars a barrel, and oil continued to rise in Tuesday's trading.

The authors of the report make it clear that this rise seems understandable given that Russia in the year 2020 was the third largest external supplier of oil to the United States, and in 2019 it exported to it $ 13 billion worth of fossil fuels.

These prices are rising despite the fact that sanctions imposed on Russia excluded the energy sector, a decision taken by President Joe Biden to limit the harm that would befall the American citizen in terms of fuel consumption.

But despite these measures, Terry Bruce, an energy analyst and professor at the Institute of Political Sciences in Paris, confirms that "prices will remain highly volatile, because Vladimir Putin can decide at any moment to reduce production."

According to the report, farmers in the United States must prepare for a rise in fertilizer prices, which had witnessed a record increase before this conflict, and Russia is the second largest producer of potash fertilizer after Canada, which Moscow is characterized by its ability to produce in large quantities and at low cost.

On Thursday, US Agriculture Secretary Tom Vilsack said that his biggest fear in light of the current crisis is that the US agricultural sector will be affected by rising fertilizer prices.

Although there are mechanisms to raise domestic production in the short term, the question is: When will this shortage begin to affect supply chains and extend its impact to farmers?

For his part, Patrick Donnelly, an analyst at Third Bridge, warned that the direct impact of this crisis will be more inflation in agricultural prices and then food prices, and therefore Americans should expect to pay larger amounts when they go shopping starting next year. .

Ukraine has decided to close its airspace, and many European Union countries have followed suit, and a number of airlines have canceled all flights to Russia.

The report said that the aviation authorities in the world have now imposed restrictions on commercial flight over Ukraine, Belarus and parts of western Russia, measures that will raise ticket prices for flights towards the Middle East, Africa and Asia, and even those who will travel outside this region will be affected, and the reason is high energy prices.

The report added that jet fuel is one of the most important aspects of spending for airlines, and is directly affected by fuel prices, and therefore travel tickets will become more expensive.

The stock market witnessed a continuous decline during the last period as Russia continued to mobilize its forces on the Ukrainian border, and the markets had been preparing for the shock that this military confrontation would represent, and with the outbreak of war and the unprecedented package of sanctions against Russia, it is expected that fluctuations in the financial markets and the uncertainty of the future will continue. At the beginning of 2022, the Dow Jones Industrial Average fell by 7%, the Standard & Poor's 500 Index by 9%, and the Nasdaq by 13%, according to the "The Hill" website.

On the other hand, Lindsey Bell, a market and financial analyst at Ally Banking and Investment, warns that this geopolitical earthquake that is currently witnessing in Europe could put pressure on stocks and lead to a decline in their value, but history has taught us that this may be an appropriate buying opportunity for long-term investors. Although there are several risks that make this investment a real adventure, the situation can recover faster than expected.

According to the report, "The Hill", the high cost of energy and food and supply chain disruptions could cause additional pressure on inflation in the United States, and force the Federal Reserve to accelerate the implementation of its plans to raise interest rates.

The US Federal Reserve has raised interest rates on several occasions this year, due to the high inflation that exceeded its expectations.