Benedict XVI apologizes for the abuses and errors under his responsibility

Pope Emeritus Benedict XVI today apologized and expressed his pain for the abuses and errors that occurred during his mandates in the different positions he has held. Pope... 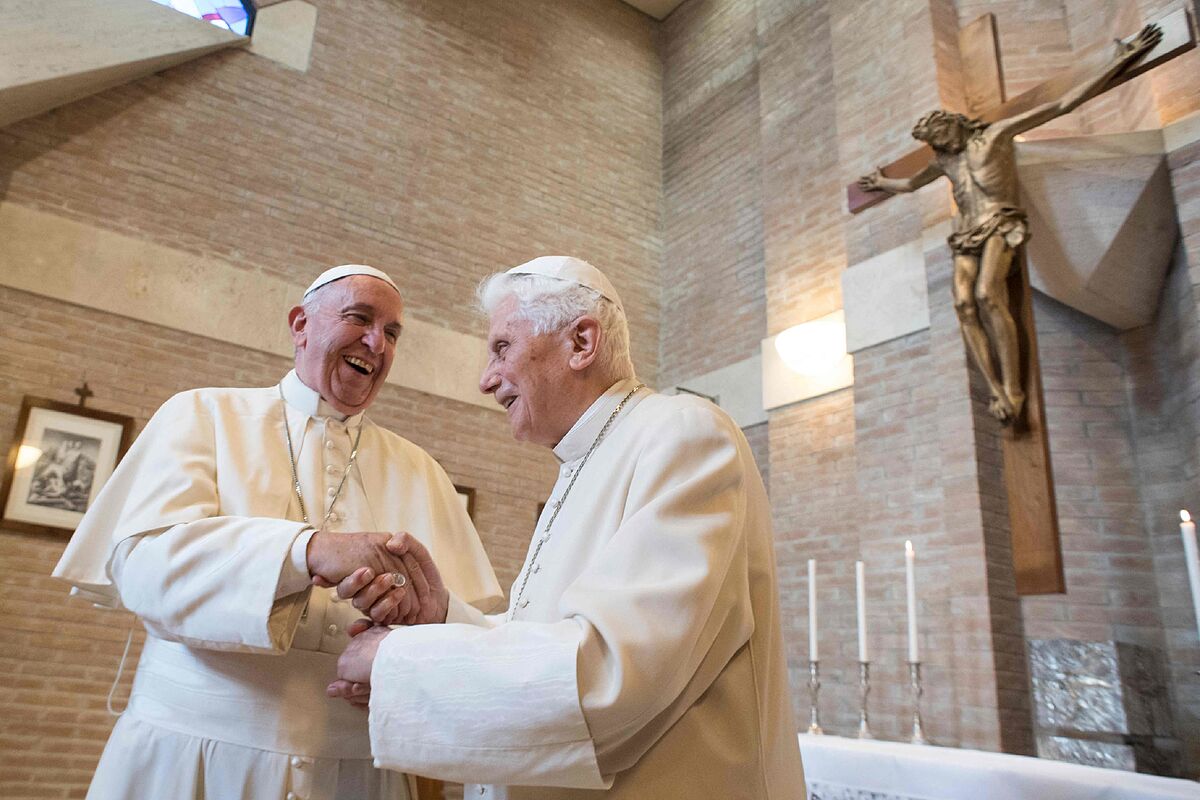 Pope Emeritus Benedict XVI today apologized and expressed his pain for the abuses and errors that occurred during his mandates in the different positions he has held.

The pope emeritus has made this statement in

a letter published after the release of a report

on the sexual abuse of minors in Germany, in which it was stated that he was aware of four cases of pedophile priests when he was Archbishop of Munich.

my deep shame, my great pain and my sincere request for forgiveness

. I have had a great responsibility in the Catholic Church," underlines Benedict XVI.

Joseph Ratzinger, 94, adds in the letter that "my pain is all the greater for the abuses and errors that have occurred during the time of my mandate in the respective places" and assures that it is necessary, on the part of the clergy, " the moment of confession.

, our great and very great faults".

"In all my encounters, especially during my many apostolic journeys with victims of sexual abuse by priests,

and I have learned to understand that we ourselves are dragged into this great guilt when we neglect it or when we do not face it with the necessary decision and responsibility, as has happened and happens too often", he admits.

Despite his request for forgiveness, Benedict XVI denies in a document also published today by his collaborators any accusation and knowledge of the facts that are narrated in the report released in Germany.

"there was an oversight" about his participation in the Ordinariate

(meeting of the bishopric of Munich and Freising) of January 15, 1980. At that meeting, according to the investigation, the transfer of a priest accused of abusing minors,

, who later returned to commit abuses in the archdiocese of Munich, which caused him to be transferred again.

Initially, Benedict XVI assured that he had not participated in that meeting, but later he retracted this statement and explained that it had been a mistake.

"This error, which unfortunately has occurred,

has not been intentional and I hope it is forgivable

", writes the pope emeritus, who adds that he has been "deeply surprised" that carelessness has cast doubt on its veracity and that they have even presented him with "like a liar", while highlighting having received numerous letters of support and prayers from Pope Francis.

"Soon I will face the final judge of my life

. Although looking back on my long life I may have many reasons for fear and fear, however, I am in a joyful frame of mind because I firmly trust that the Lord is not only the just judge, but also the friend and brother who has already suffered my shortcomings himself and is, therefore, as a judge, at the same time my lawyer".

ContraOpaSpain, on the brink of losing Intel's mega-investment plan of 80,000 million in the EU to Germany and Italy

GermanyPope Benedict XVI did not act in four cases of sexual abuse, according to a report by the German Church