Police Micke was first at the murder scene: "Hard to admit that it was the father"

Micke has worked as a police officer for 30 years and the evening when Fadime Sahindal was murdered by his father in Uppsala is one of the most upsetting he has experienced. When Micke enters the family's apartment on the evening of January 21, 2002, he is met by a sight he will not forget. 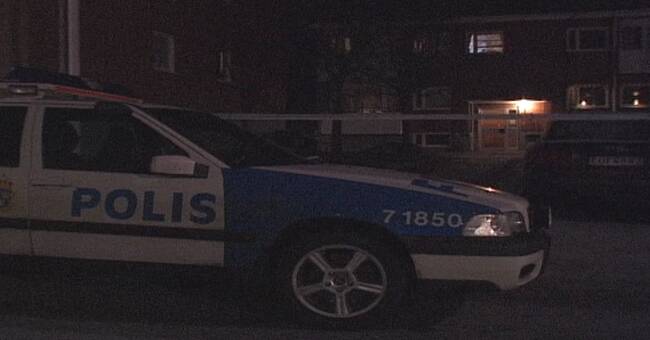 - A young woman lies lifeless in the hall.

She has been shot in the head and it is clear that she is probably dead.

I already had several years of experience as a police officer, but the incident that night stands out as extra tragic, completely surreal, says Micke.

This evening he was working in a street gang and it was not their usual job to go on an alarm of that kind.

- But someone had called in and told us that a person had been shot and we were not far from there in our civilian car.

When we get there, we meet a relative of Fadime outside, who comes running and says that "my sister has been shot" and tells us that she is inside the apartment.

- We were a bit on full alert because we could not get out until after a while that the shooter was not left.

Micke and his colleague were first on site in their civilian car outside the apartment where Fadime was murdered, but at about the same time a painted police car arrived.

Inside the small apartment there were several relatives, some screaming and crying, Micke says.

He and his colleague did not have time to start any life-sustaining measures at Fadime because an ambulance arrived shortly afterwards.

Instead, they began questioning the family and after a while they realized that it was the father who shot Fadime.

- It was difficult to take in, I was appalled.

That a father can shoot his own daughter in a home environment that way, his own flesh and blood.

It's hard to grasp.

Some had mixed feelings

After that, it became Micke's task to go to the Academic Hospital's emergency department, where Fadime was taken.

Many of her relatives and friends also came there.

- It was messy there too and in some cases mixed feelings about what happened.

It just felt unreal and unusual, the normal thing when a young woman has been murdered is that everyone feels strong sympathies.

Micke still works in the police, and today has such tasks that he does not want to appear with his last name and picture.