[Pick] "The point on the nape of the neck, it looks like cancer"... Preliminary medical student of Korean descent who saved his life

According to foreign media reports such as the Washington Post on the 2nd local time, Nadia Popovich, who went to watch the Vancouver Canucks and Seattle Kraken game on October 23rd last year, noticed a strange thing on the back of the neck of Brian Hamilton, a Canucks team equipment employee, while watching the game. I did. 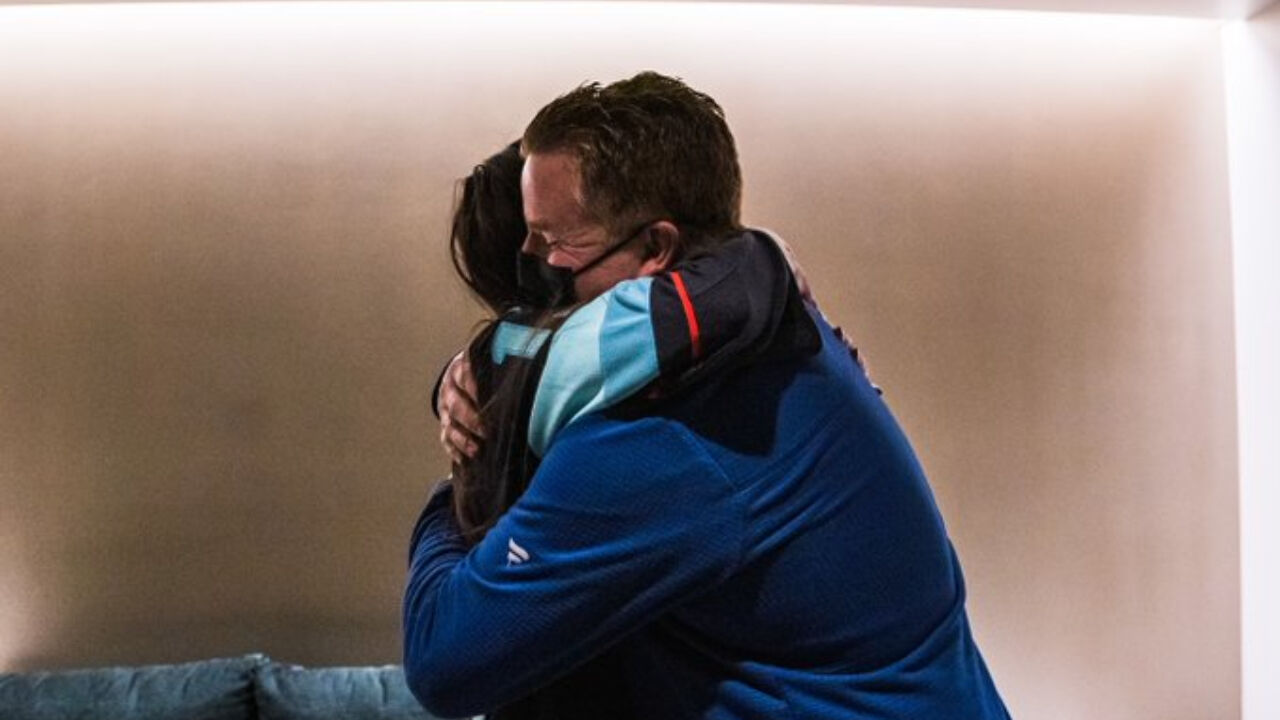 The story of a Korean-American prospective medical student who was watching a North American ice hockey league (NFL) match saving the life of an ice hockey team employee is a hot topic.

According to foreign media reports such as the Washington Post on the 2nd local time, Nadia Popovich (22), who went to watch a match between Vancouver Canucks and Seattle Kraken on October 23 last year, found a strange thing behind the neck of Brian Hamilton, a Canucks team equipment employee, while watching the game. I found the dots.

Although the dot was as small as 2 cm in diameter, its irregular shape and reddish-brown appearance seemed to suggest a high probability of malignant melanoma, a type of skin cancer, and it was consistent with what Popovich learned while volunteering at the hospital.

At that time, the stadium was noisy and the spectators were blocked by a transparent glass window, so Popovich felt limited in communication. He wrote a message on his cell phone to get Hamilton's attention, and then put his cell phone to the window.

The message to Hamilton was, 'The mole on the back of the neck may be cancer.

Be sure to see a doctor.'

At that time, Popovich was known to have written 'mole', 'cancer' and 'doctor' in red so that Hamilton could easily understand the message.

▲ Brian Hamilton shows Nadia Popovich the scars of his surgery

Hamilton, unaware that he had this mole, read this message and went to the hospital for a checkup. As a result of the diagnosis, the dots on the back of the neck were found to be stage 2 malignant melanoma.

Hamilton was able to detect and remove the tumor early, and was subsequently cured.

Such good deeds were also passed on to the Canucks club, and the club started looking for Popovich through SNS, saying, "I am looking for a special person who has changed my life."

Popovich, a resident of Seattle, was finally reunited with Hamilton when he heard the news through his mother.

Hamilton said, "My doctor said, "If I had left the tumor for another four or five years, I wouldn't be here." "The tumor on the back of my neck would have been obscured by the clothes and equipment I was wearing, so it would have been difficult to see," he said. I thanked Popovich, who saved me.

It turns out that Popovich is planning to go to medical school this fall, and it is known that he has already received admissions from several universities.

Canucks and the Kraken club thanked Popovich for his good deeds and delivered a $10,000 scholarship.

Born to a Korean mother and a Romanian father, Popovich said, "My relatives in Korea saw the article and contacted me saying it wasn't me," said Popovich. "I heard a lot that my actions would have a positive impact on people. Feeling," he said.