A young man stabbed in Villaverde, very serious: "He had two holes, one on each side of his neck" 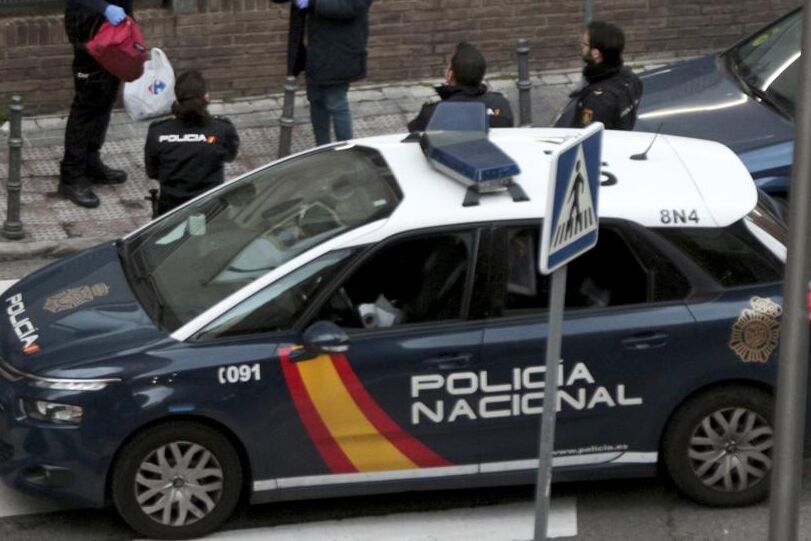 , it has been perfectly seen. He had

, one on each side of the neck, in addition to the cut."

A 25-year-old young man was stabbed this afternoon near the mouth of the San Cristóbal Metro, in the Villaverde district, for which he had to be

hospitalized at the 12 de Octubre hospital.

"A man quietly left the subway and sat on a bench. A guy came,

grabbed him from behind and

cut his throat," one of the witnesses told the police.

The event took place on Calle Moncada, when the clock read 5:50 p.m.

The police arrived very quickly at the scene.

In fact, the agents saw how the victim staggered, still standing, with a

on the front of the neck, which affected his respiratory tract.

Samur-Civil Protection health workers also arrived immediately, who have stabilized and transferred the young man to the 12 de Octubre Hospital, where he has been admitted seriously, but at first

there is no fear for his life.

The Police believe that the weapon of the attack was not a knife, but rather

a glass or a broken bottle

due to the type of wound it presented.

At the moment, there are no detainees, but the agents are questioning the witnesses and when the victim is recovered to identify and catch the perpetrator and find out the causes.

At the moment, no hypothesis is ruled out.