Tomb of Leicester (3-2) Thursday, Naples won his ticket for the round of 16 of the Europa League at the end of a last day which saw the Red Star of Belgrade secure his first place. 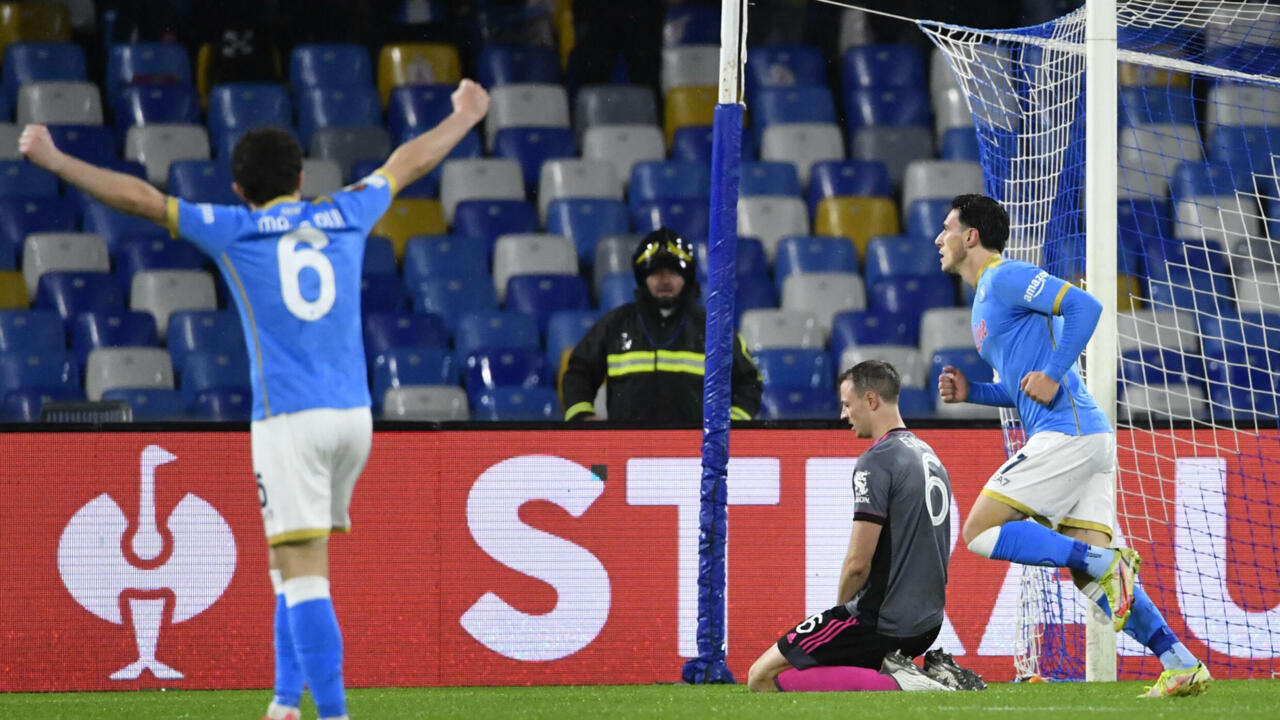 The Serbs, like Spartak Moscow, who won earlier Legia Warsaw in Group C (1-0), are the last direct qualifiers for the eighth.

Napoli, Glasgow Rangers, Real Sociedad, Braga and Dinamo Zagreb join the other group runners-up for play-offs against teams transferred from the Champions League.

The Neapolitans fought to finally bring down Leicester (3-2), first before kick-off but came to Italy without seven players, some of whom were affected by Covid-19.

An achievement by Adam Ounas (4th) and a brace from Elif Elmas (24th, 53rd) offered the Italians success after a spectacular match, while Jonny Evans (27th) and Kiernan Dewsbury-Hall (33rd) had allowed the "Foxes" to return.

For its part, Spartak Moscow won in Warsaw thanks to the only goal of Zelimkhan Bakaev (17th).

The Red Star is there

No exciting meeting between Lazio Rome and Galatasaray but the draw between the two teams already qualified (0-0) allows the Turkish club to secure first place in Group E and remain undefeated at the end of the phase of hens.

Marseillais Mattéo Guendouzi in control against Lokomotiv Moscow in the Europa League at the Velodrome, December 9, 2021 Christophe SIMON AFP

The Serbs of the Red Star of Belgrade, who could lose their first place in Group F in the event of a defeat in Braga and victory for Midtjylland, trembled but held their rank by drawing a draw (1-1).

If Galeno's penalty (52nd) made the visitors tremble for a while, Aleksandar Katai equalized, again from the penalty spot, 20 minutes from time.

Above all, Midtjylland could not do better than a draw (0-0) on the lawn of Ludogorets.

The Danes are transferred to C4, while Braga, second, remains in C3 to play the play-offs.

In Group B, Real Sociedad secured second place behind Monaco by winning widely (3-0) over PSV Eindhoven thanks in particular to a brace from Mikel Oyarzabal and a late-game achievement from Alexander Sorloth.

Dinamo Zagreb, winner on West Ham (1-0) in Group H, also won a place for the play-offs.

Within Group D, Frankfurt, already qualified, and Fenerbahçe (3rd) parted in a draw (1-1) while Olympiakos, already assured of playing the play-offs, lost against Royal Anvers ( 1-0) for whom the European adventure stops there.

The Lyonnais with a goal from Rayan Cherki drew against Rangers FC at Parc OL, December 9, 2021 JEFF PACHOUD AFP

Finally, in Group A, Lyon, first, finished in a draw in a game for butter against Glasgow Rangers, second (1-1), while Celtic Glasgow (3rd) defeated the Sevilla Betis for the honor. (3-2) in group G.