At least 15 countries have Omi Keron cases, Biden urges Americans to get vaccinated as soon as possible

China News Service, November 30, reported that the spread of the Omi Keron strain of the new crown mutant virus has caused new challenges for epidemic prevention in various countries. According to statistics, at least 15 countries around the world have reported confirmed cases of Omi Keron strain. Dozens of countries have imposed new travel restrictions on Southern Africa.   WHO Director-Genera 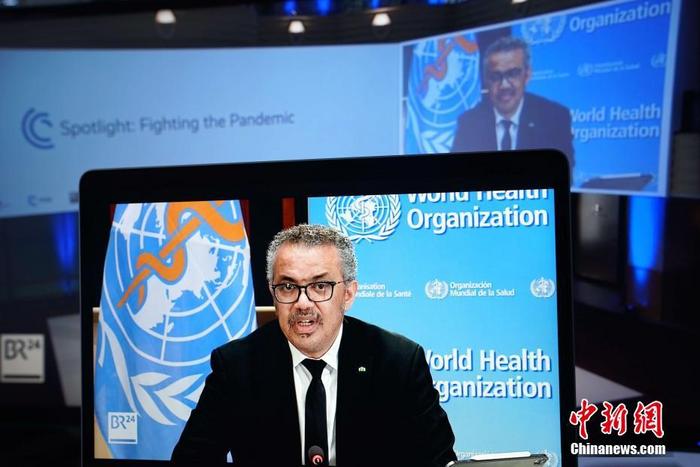 China News Service, November 30, reported that the spread of the Omi Keron strain of the new crown mutant virus has caused new challenges for epidemic prevention in various countries.

According to statistics, at least 15 countries around the world have reported confirmed cases of Omi Keron strain.

WHO Director-General Tedros Adhanom Ghebreyesus reminded that although scientists are still uncertain whether the variant is related to greater transmission risks and serious diseases, or whether it has any impact on the effectiveness of the vaccine, the world should no longer need another. Only a "wake up" can "wake up".

He reiterated that achieving vaccine fairness is in the best interest of every country.

Confirmed cases of Ome Keron in at least 15 countries

The World Health Organization defines the possibility of the Omi Keron strain spreading further on a global scale as "very high."

According to CNN statistics, so far, at least 15 countries have reported confirmed cases of Ome Keron, including:

In the past few days, strictly preventing the spread of the Omi Keron strain has become a new target for epidemic prevention and control in many countries.

According to the United Nations news website on the 29th, dozens of countries have imposed new travel restrictions on southern Africa.

Polish authorities said on the 29th that the country will ban flights to seven African countries, extend passenger isolation time, and further restrict the number of people allowed to enter restaurants and other places.

The Ministry of Health of India said that India will force travelers from more than a dozen countries to be tested for the new crown, including South Africa and the United Kingdom, where the Omi Keron strain has been detected.

Australia has decided to stop plans to reopen its international borders to skilled immigrants and foreign students.

Previously, many European countries that have gradually loosened epidemic restrictions have regained epidemic prevention measures such as the "mask order" and "restricted business hours"; after Israel closed its borders, Japan also decided to temporarily ban foreigners from entering the country from 0:00 on November 30.

The United States has relaxed entry restrictions on the 8th, allowing foreign passengers who have completed the entire course of the new crown vaccine to take international flights or enter through land and water ports.

But promised not to implement a "blockade"

US President Biden said in a speech on the Omi Keron strain on the 29th that the new variant is worrying but will not cause panic. Vaccination and booster for Americans are the best way to fight the epidemic.

"If people are vaccinated and wear masks, there is no need to lock down."

"Omi Keron strain is the cause of worry, not the cause of panic." Biden said in his speech, "We have the best vaccines, the best drugs, and the best scientists in the world. We are learning more every day. We will fight against this variant with scientific, knowledge-rich action and speed instead of chaos and confusion."

Biden said frankly that "sooner or later" confirmed cases of the latest strain will be discovered in the United States.

He pleaded for Americans to get the new crown vaccine and added that the chief medical adviser Fauci believes that the existing vaccine can at least provide some protection against the Omi Keron strain.

Biden also said that the White House believes that there is no need to purchase more vaccines, but officials are in contact with Pfizer, Johnson & Johnson and other companies "to formulate emergency plans for vaccines or boosters when needed."

The epidemic highlights the "vaccine gap"

The number of vaccines received in low-income countries is worrying

As the World Health Assembly began its three-day special meeting in Geneva, WHO Director-General Tedros Adhanom Ghebreyesus said that although scientists are still not sure whether the variant is related to a greater risk of transmission and serious diseases, or whether it is correct The effectiveness of the vaccine has any impact, but the world should no longer need another "wake-up call" to "wake up."

"No country can escape a pandemic by vaccinating it alone. The longer the vaccine unfairness lasts, the more chance the virus will spread and evolve in ways that we cannot predict or prevent. None of us can escape."

He said: "African people cannot be blamed for the unethical results of the low number of vaccines obtained in Africa-nor should they be punished for identifying and sharing important scientific and health information with the world."

According to reports, more than 80% of the world’s vaccines are sent to the G20 countries, while low-income countries, most of which are in Africa, only receive 0.6% of all vaccines.

World Health Organization data also shows that in low-income countries, the proportion of people who have received at least one dose of the new crown vaccine is only 7.5%. Because the Omi Kiron strain is most affected by travel restrictions, the vaccination rate is Generally low, with Malawi as low as 5.6%.

In high-income countries, 63.9% of the population has received at least one dose of the vaccine.

According to Reuters, South Africa’s top infectious disease expert, Professor Salim Abdool Karim, said on the 29th that the existing new crown vaccine should be effective in preventing severe illness and hospitalization caused by the Omi Keron strain.

Karim also said that it is too early to say whether the Omi Keron strain causes more severe clinical symptoms than the previous variant.

However, the Omi Keron strain does seem to spread more easily and is more likely to break through the immunity built up by vaccination or previous infection.

"Based on what we know and the response of other variants to vaccine immunity, we can expect to still see high efficiency in preventing hospitalization and severe illness, and the vaccine's protection material will remain strong." Karim said.