Law enforcement officers of Georgia detained 15 people at a rally in support of the ex-President of the country Mikhail Saakashvili, which was held near the building of the Tbilisi City Court. 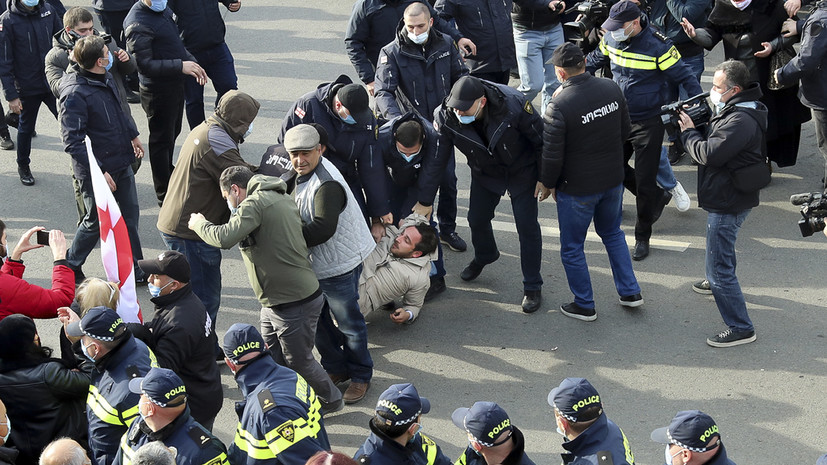 According to the Georgian Ministry of Internal Affairs, the protesters illegally blocked the carriageway and did not obey the police's calls to vacate the carriageway.

"Interior Ministry officers detained 15 people for disobeying the lawful demands of the police," the message says.

It is noted that ex-mayor of Tbilisi Gigi Ugulava was among the detainees.

Earlier, it was reported about clashes between protesters and law enforcement officers at the Tbilisi City Court, where a hearing is taking place in the case of former Georgian President Mikhail Saakashvili.

On November 29, the court is considering the case of the dispersal of the opposition rally on November 7, 2007, the invasion and pogrom of the Imedi TV company and the seizure of the property of its owner, the late businessman Badri Patarkatsishvili.

Saakashvili is accused of abuse of power.

He faces five to eight years in prison.