The chat of PP deputies against Álvarez de Toledo explodes: "It is an indecent provocation"

The chat of the PP Parliamentary Group in Congress has exploded this Sunday against Cayetana Álvarez de Toledo, after Pilar Marcos, one of the closest deputies ... 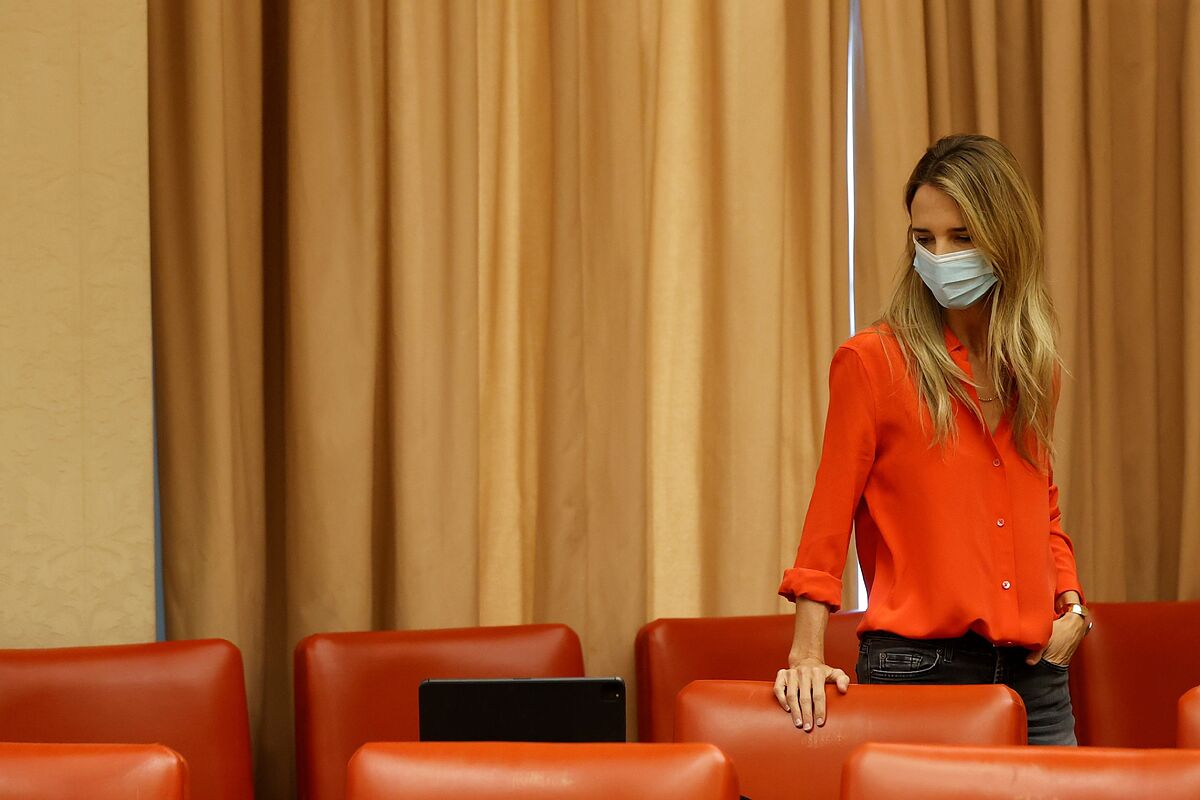 The chat of the PP Parliamentary Group in Congress has exploded this Sunday against Cayetana Álvarez de Toledo, after

, one of the deputies closest to the former

, spread an article by press in defense of her friend.

"That after having vomited against President Pablo Casado and against other members of the national leadership that is hung in this chat that has also been denigrated is an indecent provocation," exclaimed one of the deputies, in messages that were triggered, already those that EL MUNDO has had access to. This alludes to the publication of Álvarez de Toledo's book where Casado, Teodoro García Egea and the PP parliamentary group are shot, which he specifically says is full of "palmeros".

Everything exploded at 10:46 a.m., when Pilar Marcos spread the article that she had written in favor of Álvarez de Toledo and that had been published this Sunday in

"In case it could be of your interest", he said to introduce it to his companions.

Next, Álvarez de Toledo sent them two messages: one, with the link to an episode of his interview on TV3 to promote his book;

and a second with a "hugs and happy Sunday."

The messages from the two deputies provoked outrage and a cascade of reactions against both.

"I assure you that I am not interested in anything. Whoever does not respect anything does not deserve a minute of my attention," a PP deputy replied shortly after.

"We palmeros do not deserve this," said another.

The anger within the group was evident with messages in which they accused Álvarez de Toledo of being "mean" for spreading and "insulting" members of the PP group. And for doing in her book and in the media, a deputy replied, "very serious statements and personal attacks that are intolerable, unworthy and inappropriate for people of this group."

"There are those who live by provocation, let's not get into their game," wrote another parliamentarian, who recalled that "the layman (no matter how clever he may be) attacks with thick words" and "the wise man defends himself with silence."

There were other deputies who used irony to respond. "Be careful what we write. It could lead to another volume." Or "between palm and palm we take time to make current initiatives on what worries the Spanish."

There were also darts due to the passage of Álvarez de Toledo on TV3. "Before it was the demons and now to sell books ... well."

"I am very interested in Pablo Casado being president of the Government. Anything that complicates that objective not only does not interest me but also annoys me",said a deputy. One of the messages most applauded by his colleagues.

PPMontesinos responds to Álvarez de Toledo: "We are not going to enter into sterile debates"