East-West Question | Wang Fan: How to treat the video meeting between Chinese and American leaders rationally?

(Essential questions) Wang Fan: How do you view the video meeting between Chinese and American leaders in a rational manner?   China news agency, Beijing, November 17 - Question: How rational view a video US leaders meeting?   Author: Wang Fan, Vice Dean and Professor of China Foreign Affairs University   The video meeting between the leaders of China and the United States on the 16th was the f 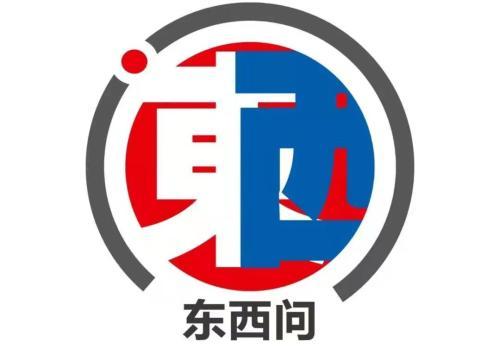 (Essential questions) Wang Fan: How do you view the video meeting between Chinese and American leaders in a rational manner?

Question: How rational view a video US leaders meeting?

The video meeting between the leaders of China and the United States on the 16th was the first meeting between the two heads of state since U.S. President Biden took office. It is of great significance to China-U.S. relations and the trend of the international situation.

Although there are many unfavorable factors and some disharmonious voices in Sino-US relations, the side of cooperation is growing, such as the suspension of the trade war and the agreement between China and the United States to jointly tackle climate change.

The video meeting between the two heads of state will have the effect of "shaking the clouds and seeing the sun" and will help push Sino-US relations back to the track of healthy and stable development.

The Sino-U.S. summit is the heaviest in a series of bilateral meetings between leaders of major powers this year, and it has aroused great attention from the world.

In terms of time, the Sixth Plenary Session of the 19th Central Committee of the Communist Party of China has just concluded and passed the historic "third resolution" document. The Communist Party is more confident to lead the country toward the goal of building a modern and powerful socialist country in an all-round way.

From a historical perspective, since the establishment of diplomatic relations in 1979, Sino-US relations have been pragmatic, mutually beneficial, and strategic.

After years of development, Sino-US relations have gained considerable thickness and depth.

Facts have proved that Sino-US relations are driven by common interests.

However, Sino-US relations have changed drastically in recent years. The US believes that the two sides have moved from interdependence to competitive coexistence, from cooperative pressure to limited decoupling and technological cold war, and from an Asia-Pacific strategy to an Indo-Pacific strategy. This requires a historical perspective and depth. Look at these complex changes in Sino-US relations, so as to find the right direction for future development.

If the benefits of the win-win situation are not equal, the two parties can discuss it, but the principle of win-win must be adhered to, because only win-win can achieve mutual benefit for both parties. If you only want to win, there will be no winner.

Although the differences cannot be completely eliminated, both parties need to reduce misunderstandings that may be costly.

Data map: The national flags of China and the United States were hung in front of Tiananmen Square in Beijing.

Sino-U.S. relations are the cornerstone of global stability

The overall stability of the world is conducive to China and the United States. Both countries are highly internationalized countries and are also an important part of the global industrial chain. Some national image and international status.

If the struggle between China and the United States goes out of control or even a direct economic conflict occurs, there will be no winner between the two countries.

The overall stability of China and the United States is of global significance, and uncertainties should be prevented from appearing.

At the same time, Sino-US relations should be viewed from the perspective of common threats.

China and the United States have reached a high degree of consensus on non-traditional security issues such as counter-terrorism.

As a common threat to all countries, non-traditional security is more urgent and challenging than national threats.

For example, the threat posed by the new crown epidemic to countries is far higher than that of war.

The United States mistakenly regards China as the biggest threat, believes that China intends to replace American hegemony, and ignores and changes the basis of Sino-US strategic cooperation.

China has absolutely no intention to replace the United States. Both sides should resolve their own development issues and promote common progress. At the same time, they should cooperate at multiple levels with other countries to jointly respond to the non-traditional threats that pose the greatest challenge to all mankind.

Sino-US cooperation is conducive to resolving many major crises, and Sino-US conflicts will have a huge negative international impact.

If the U.S. fully confronts China, the gains outweigh the losses

Looking back at the Sino-US trade war, the United States made many mistakes and suffered great losses.

According to a study by the Oxford Economic Consulting Company, from 2018 to 2019, the cost of the U.S. trade war was about 0.5% of its gross domestic product, and it lost approximately 245,000 jobs and $88 billion in real household income.

According to a report by Moody's Investor Services, the tariffs imposed by the United States during the trade war with China hit US companies and local consumers the most. For Chinese products whose tariffs have been increased to 20%, the increased tariffs About 95% of this is ultimately paid by American consumers.

Campbell, the White House's Indo-Pacific affairs coordinator, also said that the scale and complexity of Sino-U.S. trade relations have not been given full attention.

If the United States does not cooperate with China in full confrontation, the gains will outweigh the losses.

The United States does not want to pay too much cost, and at the same time expresses its readiness to compete fiercely with China, but does not want to have open conflicts, and is eager to cooperate in areas where the interests of the two countries are aligned.

To avoid open conflicts, it is necessary to manage differences and manage crises. Therefore, Sullivan, the National Security Affairs Assistant to the President of the United States, recently stated that the United States no longer seeks to change China's system and wants to coexist with China.

This is one of the reasons why the United States has taken the initiative to express its hope to negotiate with China.

At the same time, the United States also has a basic judgment on China, that is, China cannot become the only "unipolarity", nor will there be the internal collapse that they expect. China emphasizes integration and improvement of the existing international system, rather than proposing alternatives. .

The United States is also facing a predicament. Not only is it still not out of the epidemic crisis, but political polarization and ethnic division are also continuing, domestic politics is lackluster, and Biden's support rate has reached a new low.

Its cooperation with China on major international issues including climate change, nuclear non-proliferation, and energy security may bring some positive progress.

In recent years, China’s diplomacy has actively and rationally promoted and strived for a turnaround in Sino-US relations, which has forced the United States to face up to and deal with China on an equal footing.

Although the two sides are still looking for ways to run in, they both believe that effective exploration must be carried out.

China and the United States are both permanent members of the United Nations Security Council, the world’s top two large-scale economies with a total GDP of more than ten trillion U.S. dollars, and they bear important responsibilities for world development.

China and the United States share common interests in a wide range of areas, and the common ground far outweighs their differences.

As President Xi Jinping said, “The earth is big enough to accommodate China and the United States for their own and common development.” The two sides should actively promote cooperation between the two armed forces, law enforcement, drug control, humanities, and local areas, and maintain close communication and coordination on major international and regional issues.

The two sides should meet each other halfway, respect each other, focus on cooperation, handle sensitive issues in a constructive manner, respect each other's core interests and major concerns, and maintain the healthy and stable development momentum of Sino-US relations.

President Xi Jinping emphasized that the world is not peaceful. China and the United States should work with the international community to jointly defend world peace, promote global development, and maintain a fair and reasonable international order.

Maintaining the long-term, healthy and stable development of Sino-US relations is in the interests of China and the United States and other countries in the world.

A healthy and stable development of Sino-US relations not only conforms to the fundamental interests of the two peoples, but is also the common expectation of the international community.

For China and the United States, cooperation is the only correct choice, and a win-win situation can lead to a better future.

Peaceful coexistence, mutual benefit and win-win are the only options.

The disagreement or contradiction between China and the United States is not a power, status, or social system dispute. It is about adhering to multilateralism or unilateralism, and advocating win-win cooperation or zero-sum game.

This is the essence of the problems currently facing China-US relations.

Only when the United States stops seeing China as a threat and adversary, stops besieging and suppressing China, and stops smearing and attacking China, and damaging China's sovereignty, security, and development interests, can relations between the two sides return to a correct and healthy track.

One of the prerequisites here is that the United States should respect China's right and reasonable rights to develop on the path it chooses. The United States cannot deliberately curb and suppress China on the one hand and harm China’s legitimate rights and interests; on the other hand, it should count on China’s support and cooperation.

Hope that the United States can stand on the right side of history.

Wang Fan graduated from Peking University, the School of International Relations and the School of Foreign Affairs, with a Bachelor of Arts, a Master of Laws, and a Doctor of Laws degree.

Presided over a number of major projects of the National Social Sciences, Ministry of Education and Beijing Municipality.