First draft published: "It is not enough"

Faster phasing out of coal power, clearer promises and more climate aid to poor countries. A first draft of what could be a future final document for COP26 was published by the UN on Wednesday. But critics are still not impressed. - We must raise our ambitions, says Minister of the Environment and Climate Per Bolund (MP). 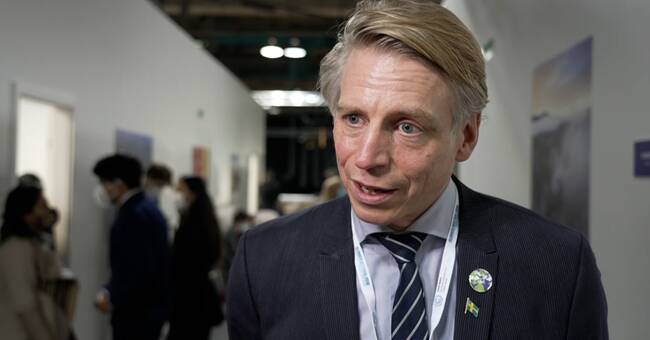 The draft, which is seven pages long, will most likely change during the week when the world's environment ministers and negotiators will negotiate, among other things, emission rights and climate assistance.

But it gives an idea of ​​where the negotiations are going.

- The signal is that politicians seem to be experiencing real pressure.

This is probably because the researchers have been so clear that the time window for reducing emissions has shrunk and that the recent extreme weather is actually due to climate change, says Erika Bjerström, SVT's climate correspondent.

Urged to double their aid

The document calls on countries to speed up the phasing out of coal power and other fossil fuels.

They are also urged to renew their climate plans as early as next year, instead of 2025 as previously agreed.

The draft also states that a greater commitment is needed from the developed countries of the world to support poor countries with climate aid.

The countries will contribute "more than 100 billion", which is the annual sum previously promised.

- Among other things, it is about doubling the financing of so-called climate adaptations.

It can be about building walls facing the sea to prevent floods, says Erika Bjerström.

Two days remain - and the obstacles are many.

Article 6 of the Paris Agreement, which deals with emissions trading, is described as a point that could put a stop to the bargaining wheel.

The draft will now be examined by the 200 countries in place at COP26.

- Everyone must agree and there are countries such as Saudi Arabia that often fight against, says Per Bolund.

Despite heightened ambitions, disappointment has already been expressed over the first publication.

Several researchers have called the draft insufficient, reports the BBC.

"It's not a plan to stop the climate crisis, it's an agreement that we should all keep our fingers crossed and hope for the best (...) That's not enough," Greenpeace International Secretary Jennifer Morgan wrote on Twitter on Wednesday morning.