In the video, a Chinese car can fly by simply opening the propellers

The Chinese company, HTC Aero, presented its flying car on Technology Day, and the car features a lightweight design and foldable flying propellers, which will allow the car to drive on the roads and then fly as soon as the propellers are opened. 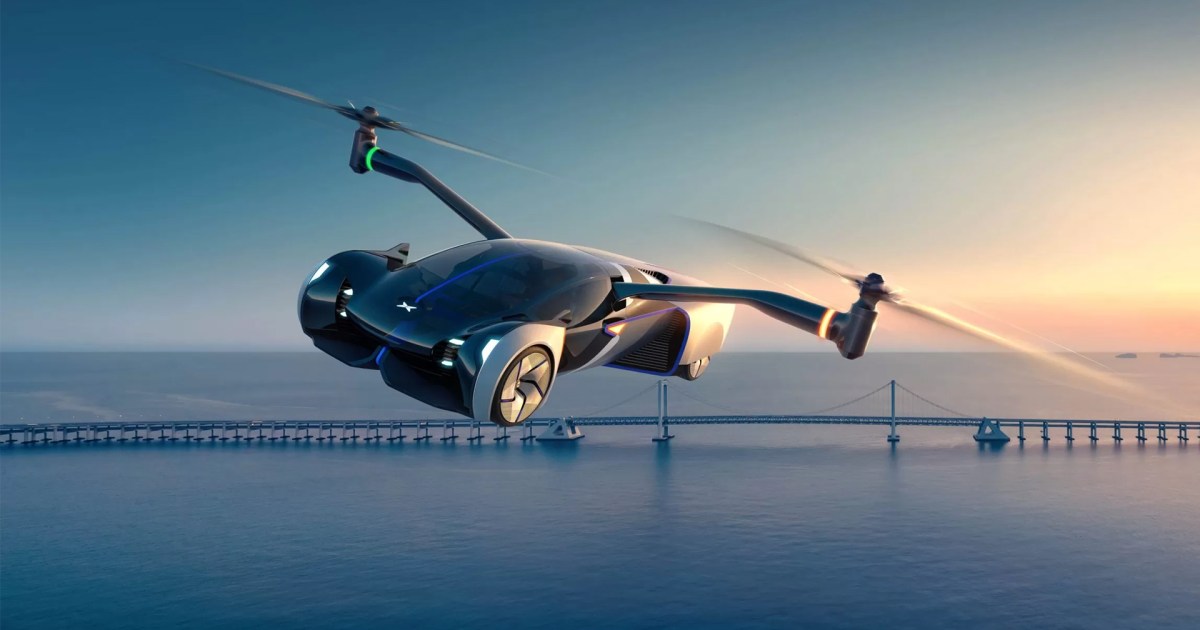 HT Aero, a subsidiary of Chinese electric car maker Xpeng, has launched a new car that it says can fly as well as drive on the roads.

The company says that the car is not commercially available at the moment but plans to launch it in 2024, noting that the final design may change.

The company explained that the HTC Aero will feature a lightweight design and foldable flying propellers that will allow the car to drive on the roads and then fly as soon as the propellers are opened.

The company noted that the car will have a number of safety features, including awnings.

HTC raised $500 million last week from a number of outside investors, including prominent venture capital firms.

Flying cars, also called electric vertical take-off and landing vehicles, have received a lot of interest from automakers and start-ups.

However, there are a number of challenges for these compounds to enter commercial production including regulatory and safety issues.

HTC Aero launched the new land and air vehicle on Technology Day at Xping's headquarters, where the company also introduced the latest version of its advanced driver assistance system, XPILOT 4.0.