Ema, yes with a modern half dose 6 months after the second

The European drug agency gives the green light to a third dose for the Moderna vaccine for over 18: half of it is enough 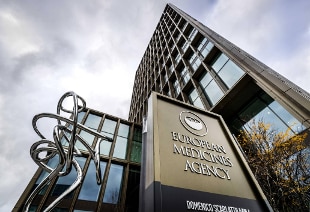 25 October 2021 The EMA Committee for Medicinal Products for Human Use has concluded the study on the Spikevax (Moderna) vaccine against Covid: half a dose would be enough to be able to make the third administration. According to the European agency, the dose given 6 to 8 months after the second "led to an increase in antibody levels in adults, which were decreasing". The pattern of side effects after the booster would be similar to what occurs after the second dose, with a very low - "rare" - risk of inflammatory heart conditions or other side effects.

At the beginning of October, the green light for Pfizer

Earlier this month, the same committee concluded that a booster dose of Comirnaty (BioNTech Pfizer) can be considered at least 6 months after the second dose, again for over 18 years.

In addition, EMA recommends the extra dose - the so-called "booster" - of Pfizer or Moderna to people with severely weakened immune systems, at least 28 days after the second administration.