Green pass. One million workers are unemployed, the province of Bolzano in the lead with 17.5%

The CGIA says it according to which many employees without a Green Pass could have "circumvented" the provisions of the decree law, going to the factory or office anyway. The highest percentage of unvaccinated employees in the province of Bolzano&nbsp; 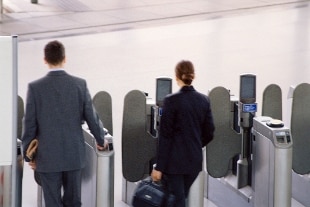 23 October 2021 Yesterday, Italian workers without any vaccines would have dropped to just under 2.7 million (12.2% of the total employed).

If we take away from the latter the 350 thousand people who for health reasons are exempt from the possession of the green certificate and 1.3 million employees who regularly underwent the swab during the week, they would remain without the Green pass, about one million employed.

The estimates have been calculated by the CGIA according to which many employees without a Green Pass may have "circumvented" the provisions of the law decree, in any case by going to the factory or office. In strongly reiterating that only through the increase in the number of vaccinated can we defeat the pandemic and firmly engage the economic recovery, the Cgia reports that at the regional level the estimate of the number of employees not yet vaccinated sees the Autonomous Province of Bolzano lead the ranking with 42,150 people (17.5% of the total employed). Then Sicily with 204,605 ​​employees without any vaccine (15.7%), the Marche with 91,105 workers without any immunization (15.1%) and Valle d'Aosta with 7,872 (15%). The macro area where the situation is most critical is the South with 767,000 employees (13.1%).