Battles in Marib...and the coalition thwarts a terrorist operation by the Houthis in Hodeidah

The battles between the legitimate Yemeni forces and tribes on the one hand, and the Houthi militias on the other, raged on the fronts of the Marib governorate, the most violent of which were concentrated in the axes of the Juba district, in the south of the governorate, following intense attacks by the Houthi militia on the village of Naja. Meanwhile, the Coalition to Support Legitimacy thwarted a terrorist operation 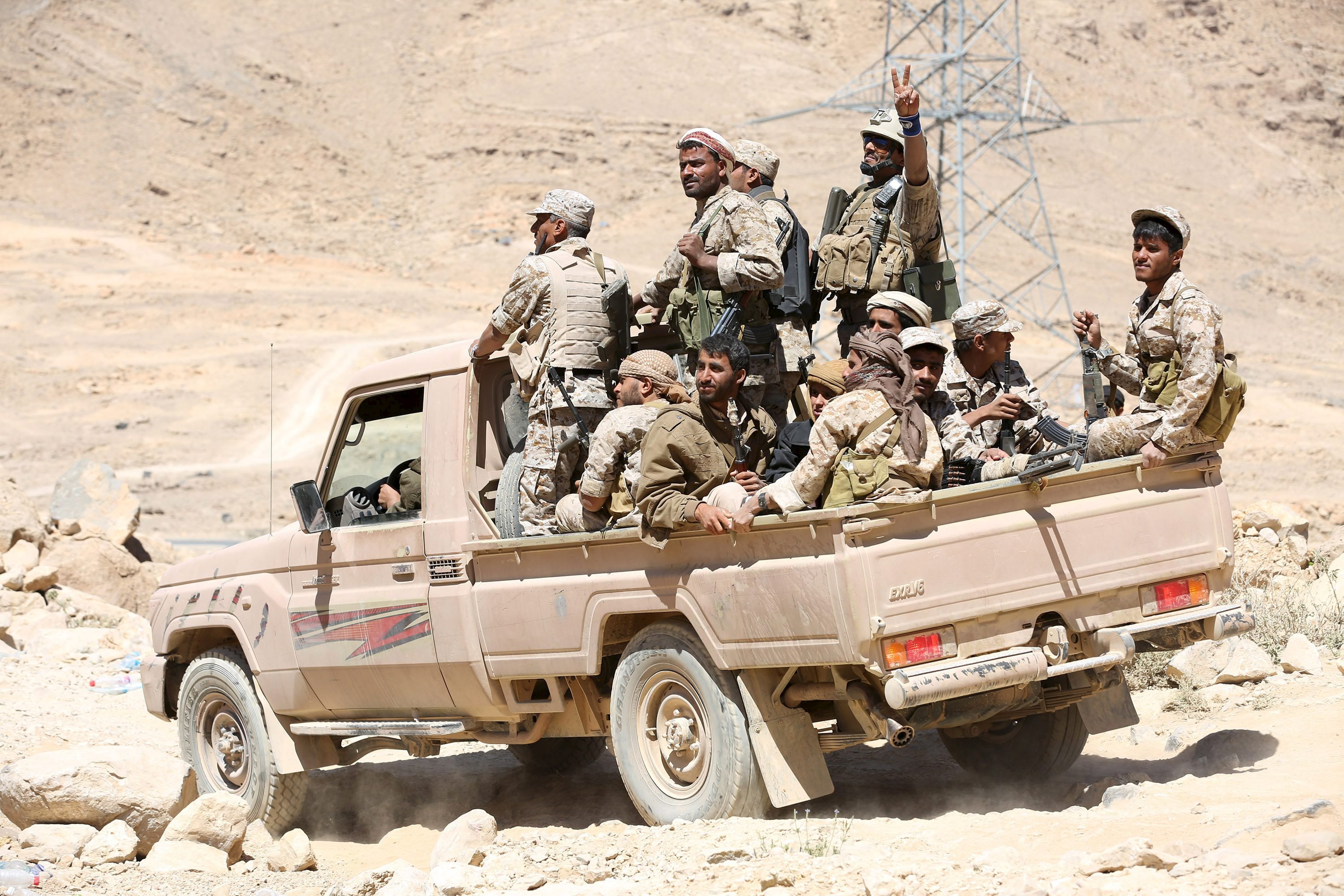 Battles in Marib...and the coalition thwarts a terrorist operation by the Houthis in Hodeidah

The battles between the legitimate Yemeni forces and tribes on the one hand, and the Houthi militias on the other, raged on the fronts of the Marib governorate, the most violent of which were concentrated in the axes of the Juba district, in the south of the governorate, following intense attacks by the Houthi militia on the village of Naja.

Meanwhile, the Coalition to Support Legitimacy thwarted a terrorist operation by the Houthis in Hodeidah.

And field sources reported that the tribes and the army forces were able to thwart the largest scheme of the Houthi militia, which they had launched months ago to storm the districts of Jabal Murad and Juba, south of Marib, noting that the militias suffered the largest losses among their members, especially by the coalition fighters who launched a series of raids. Focused support.

In Al-Juba, the battles between the two sides continued in the vicinity of the Wasit area, extending to the triangle linking Al-Juba, Harib and Al-Abdiyyah, in which the Houthi attacks were repelled with the great support of the coalition fighters, which launched a series of focused raids that destroyed Houthi mechanisms, leaving many dead among its members.

In Rahba, the tribes, backed by units of the Yemeni army, thwarted Houthi infiltration attempts towards the Umm Reesh junction and the Mala’a area, forcing them to retreat and flee towards their previous positions.

For its part, the coalition fighters continued to launch intensive raids on Houthi sites and reinforcements on the southern and western fronts of Marib, causing many deaths and injuries, in addition to destroying various combat mechanisms.

Meanwhile, military and local sources in southern Marib reported that the militias sent large combat reinforcements to the Juba and Jabal Murad fronts, in an attempt to storm those two districts that separate them from the city of Marib from the southern side.

The sources pointed out that the concentration of tribesmen in their areas, and the raids of focused coalition fighters, prevented the militias from achieving their goal of advancing in the city of Marib, the governorate center, and the Safer oil area, and thwarted all their plans despite their use of modern weapons in the recent offensive operations, which mostly affected civilians.

On the fronts west of Ma’rib, the coalition fighters destroyed Houthi reinforcements that were pushed to the Al-Mushajah front through the Al-Fardah area in the Nihm district of Sana’a governorate, before reaching the seam areas, which led to the destruction of mechanisms, killing and wounding a number of Houthis. He left large numbers of dead and wounded in the ranks of the militias.

The raids of the support fighters of the coalition, in addition to the strikes of the army and tribes, cost the Houthi militia more than 123 dead on the fronts around Marib, bringing the death toll of the Houthis during the past 24 to 200, while more than 22 combat vehicles were destroyed, the coalition raids contributed to the destruction of 16 of them.

For its part, the Houthi militia acknowledged the killing of 58 of its leaders during the past week in the vicinity of Marib, most of them holding military ranks, including three at the rank of major general, 2 at the rank of brigadier, 4 at the rank of colonel, 6 at the rank of lieutenant colonel, and the rest are of varying ranks, between captain, second lieutenant, first and corporal.

Local sources confirmed the destruction of Houthi workshops and booby-trapped boats by coalition warplanes, which launched three raids focused on the explosive sites in the vicinity of the city of Hodeidah, and destroyed them.

In Hais, south of Hodeidah, leaders of the National Resistance, led by Brigadier General Tariq Saleh, met with the support forces from the people of Tihama to coordinate and arrange in preparation for the next stage of the liberation operations, and to confront the attacks of the Houthi militia.

On the other hand, the Houthi militia has intensively bombed farms and residential areas in the Al-Tuhayta district, causing great damage to farms and housing, especially in the Al-Faza and Al-Jabali areas.

In the west of Taiz, field sources reported renewed confrontations between the joint forces and the Houthi militia in the strategic Al-Barah area of ​​the Maqbna district, separating the fronts west of Taiz and the western coast.

In the Amran governorate, north of Sanaa, the Houthi leader, Abdul Rahman Al-Imad, appointed director of the Kharif district, was injured, and three of his companions were killed in clashes with tribesmen from the Hamda area of ​​the Raydah district, who stormed the security department of the Kharif district in protest against the release of prisoners accused of criminal cases against the children rosette.

As part of the Houthi violations, a Houthi combat vehicle ran over the child, Muhammad al-Jahdari, in the Souq al-Khamis area in the Nadira district in Ibb governorate, and fled, in the second incident in the governorate in less than a month.

The militias also killed the child, Muhib Muhammad Sarhan, from the Al-Ajoud-Al-Taziah area, north of Taiz, and burned his body in an operation that shook the local community in the governorate, especially since the child supported five girls after the death of his father.