Miss Finland of 2021 was crowned in Kerava today. Congratulations to the winner! 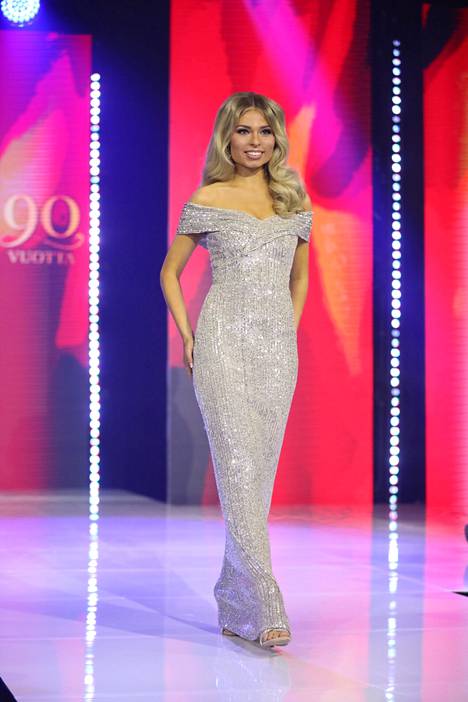 The long wait was rewarded today, Saturday, when the new Miss Finland got to press the coveted crown for her cuts at AlfaTV's studio in Kerava.

Eveliina Tikka was awarded as the ideal girl in the press and Essi Unkuri as the favorite of the press.

She is going to represent Finland in the international Miss World competition in Puerto Rico.

Missikruun was handed over by Miss Finland Viivi Altonen of 2020.

Miss Finland was not just any Miss competition this year, but the beauty pageant was held in honor of the anniversary as the All Stars competition, which featured faces familiar from previous years.

All the competitors met in the finals have been involved in the Misses in 2017 or later.

At the same time, there was a change in the rules of the competition.

This year, the competition was open to 20-27 year olds, whereas earlier the miss had to be 18-26 years old on the day of the coronation.

Exceptionally, only eight beauties were seen in Saturday’s final, as the race got dramatic in July when finalists Katariina Juselius and Nicole Söderström decided to leave the play.

Read more: Exceptionally few finalists in the Miss Finland competition today - the 90-year-old competition was tough during the season

IS readers were also allowed to vote for their own All Stars favorite before the final battle.

Almost 40,000 votes were cast, and Emmi Suuronen from Kouvola, who is familiar with the Miss Finland competition from 2019, became a favorite of readers.

Second in the vote was Essi Unkuri, who was considered a pre-favorite of the 2017 Miss Finland Games.

Unkuri was left without a crown, but was chosen as an audience favorite.

Riikka Uusitalo, who competed in 2019, took third place in the IS vote.

IS readers chose him as a pre-favorite for the 2019 race, and at that time Emmi Suuronen was second in the vote.