New bill for the Varberg tunnel - will be 1.1 billion more expensive

The Swedish Transport Administration now announces that the train tunnel through Varberg will be an additional 1.1 billion more expensive than expected. One of the reasons is that the quality of the rock has turned out to be worse than previously calculated. 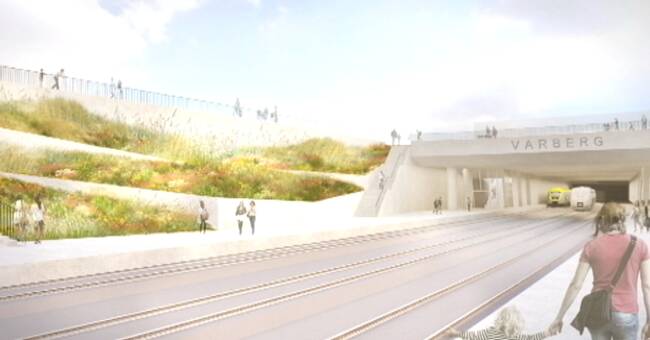 The total cost of the Varberg tunnel is now up to SEK 6 billion.

The quality of the mountain is just one of several reasons.

- Changed construction methods in combination with increased raw material prices for steel and concrete, for example, have also increased the forecast for costs, says Mathias Wärja, project manager for the Varberg tunnel at the Swedish Transport Administration.

The Swedish Transport Administration further announces that the additional cost of 1.1 billion will be financed within the framework of the national plan - which means that it does not land on co-financiers such as Varberg municipality or Region Halland.