Aki bought the cottage last autumn and has been trying to sell it all summer: “I'm afraid the cottage boom is over”

Experts disagree on how long the boom can continue. The end of the cottage boom would hit cottage sellers, especially in atypical cottage areas. Aki from Kangasniemi was surprised when the cottage has not even been sold. 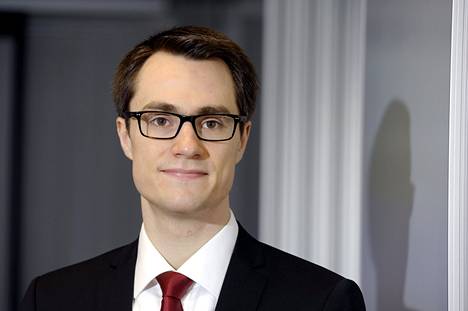 There has been talk of a cottage boom for over a year.

The boom is showing signs of calming down, but experts disagree on when the boom will end or whether it will end first.

As early as May, Hypo's chief economist Juhana Brotherus estimates that the boom will end with a “price surge”.

Brotherus ’assessment hasn’t changed, though he believes the corona delta variant has brought an extension to the boom and wouldn’t announce the boom is over yet.

The end point of the boom is on the horizon.

However, the statistics already show a fading boom.

- In July, the intentions to buy a holiday home fell across the country.

In June, there were 9 percent of thinkers, now 7, Brotherus says.

Other facts, according to Brotherus, also speak out that the boom cannot continue indefinitely.

There are half a million cottages in Finland and the young age groups are shrinking.

In order for prices to remain the same as they are today, cottages for young people in the age groups would need considerably more than before.

- At the same time, there has now been an impetus for a group of buyers who would otherwise have waited.

It denies that the end point of the boom is on the horizon, Brotherus says.

He suspects that some buyers of the cottage may have bought the cottage with little consideration.

According to Brotherus, some will probably give up the cottage.

However, it is impossible to estimate the number.

Some may make their cottage a loss, Brotherus recalls.

- Hopefully, those who bought a cottage from weak areas have realized that the cottage is a consumer product, not an investment.

According to Chief Economist Juhana Brotherus, the delta variant could bring extra time to the cottage boom.

One of those who gives up his cottage is Aki from Kangasniemi.

Aki bought a cottage with a total area of ​​42 square meters near his home in the autumn for 100,000 euros.

The plot has a size of 3.6 hectares and the beach is shining in the evening sun.

Aki, who also works as a cottage entrepreneur, already had two cottages.

The third was to become a rental cottage as well.

- I had time to renovate it with a lot of noise.

However, now there is a terrible demand with the previous cottages, time is not enough to run this alone, Aki explains.

Aki managed to renovate the cottage, but did not rent it.

As there is no time, Aki put the cottage up for sale for 150,000 euros at the beginning of the summer.

However, there has been little demand for the newly renovated cottage, which was completed in 1999.

- Yes, I was surprised when I put it up for sale, it still hasn't gone.

Yes, I'm afraid the cottage boom is over.

Aki admits that it is a big loss if the cottage cannot be sold.

- I want to believe that the cottage will go on sale no later than autumn or winter.

It goes as it goes.

If Aki could go back in time with the time machine, he would not make a purchase decision.

Taisto Toppinen of the National Land Survey of Finland says that there are indications that the cottage boom will end - or at least that the hottest market will fade away.

However, he stresses that accurate statistics will not be available until August, and only then will it be possible to comment more closely on whether the boom is fading.

- Now we can compare the first half of this year with the figures of the whole of last year.

If the sales of the first half of the year are multiplied by two, then it does not exceed last year's result, but this, of course, can not be directly calculated.

Last year, sales accelerated towards the end of the year, Toppinen says.

According to the National Land Survey, the median price also seems to have remained the same.

Toppinen does not believe that the median price of the country will start to decline in the near future.

Instead, regionally, the cottage market is rugged and unequal.

- Some claim that with teleworking, the location of the cottage is less important than before.

I think it is even the opposite.

The nearby cottage makes it possible to combine the two apartments more smoothly, Toppinen says.

According to Toppinen, it is clear that in good areas, the price of cottages will not fall, even if the boom ends.

Instead, the future of those who bought a cottage from atypical cottage areas, such as Kainuu, may be bleak.

According to Toppinen, a seller of a cottage in these areas may not get it back if he happened to buy a cottage during the boom.

- This is realism and worth remembering.

Saija Toivonen, Aalto University's Assistant Professor of Real Estate Economics, emphasizes that she is studying the forces of change.

According to Toivonen, the end or continuation of the cottage boom is affected by the connection effect of different forces of change.

"Sometimes there are surprising, trend-boosting 'wild cards', such as the coronavirus. It affected tourism and accelerated the spread of telework," says Toivonen.

These naturally increased the popularity and sales of cottages, but according to Toivonen, the trends promoting cottages already existed in the past.

If the forces develop favorably for cottages, the boom may continue.

Such trends include, but are not limited to, multi-location housing, welfare trends and the appreciation of nature, as well as climate awareness.

- These trends have existed.

The popularity of the cottage could have grown without the crown.

If the forces develop favorably for cottages, the boom may continue.

If it has not met expectations, the cottage may be sold.

Pertti Orava cares about a cottage located on Kangasniemi's Tukkilahdentie.

Pikkti Orava, an entrepreneur from Mikkeli Real Estate World, has years of experience in brokering cottages - after all, he works as a broker in one of Finland's most popular cottage areas.

According to the squirrel, the cottage boom would not show any signs of ending yet.

- Some cottages have up to 50 contacts per week.

There was no such thing a couple of years ago, Orava says.

Well-off people hardly even thought of any boom.

Every cottage comes with some questions, he assures.

On the other hand, customers who would have to take out a larger loan to buy a cottage are more cautious than before.

- They wonder if they dare to invest and how this will happen.

Well-off people hardly even thought of any boom.

They are looking for a long-term cottage to fulfill their dreams.

Squirrel reminds that despite the boom, customers are price-conscious.

Some sellers have sought to profit from fierce trading, but few customers are willing to pay a clear overcharge.

Although the lavish beach cottages still go on sale at a fast and good price, the demand for the more stripped cottages on dry land, according to Orava, has calmed down from the highest peak.

However, there are still no significant customers who have bought a cottage during the boom, who for one reason or another want to give up their cottage.