The "extremely violent and macho" profile of Tuvi, the alleged murderer of Wafaa investigated for the death of another woman

The Town Hall square of the municipality of La Pobla Llarga (Valencia) is dominated by a large banner that hangs from the balconies of the town hall with a photo of Wafaa ... 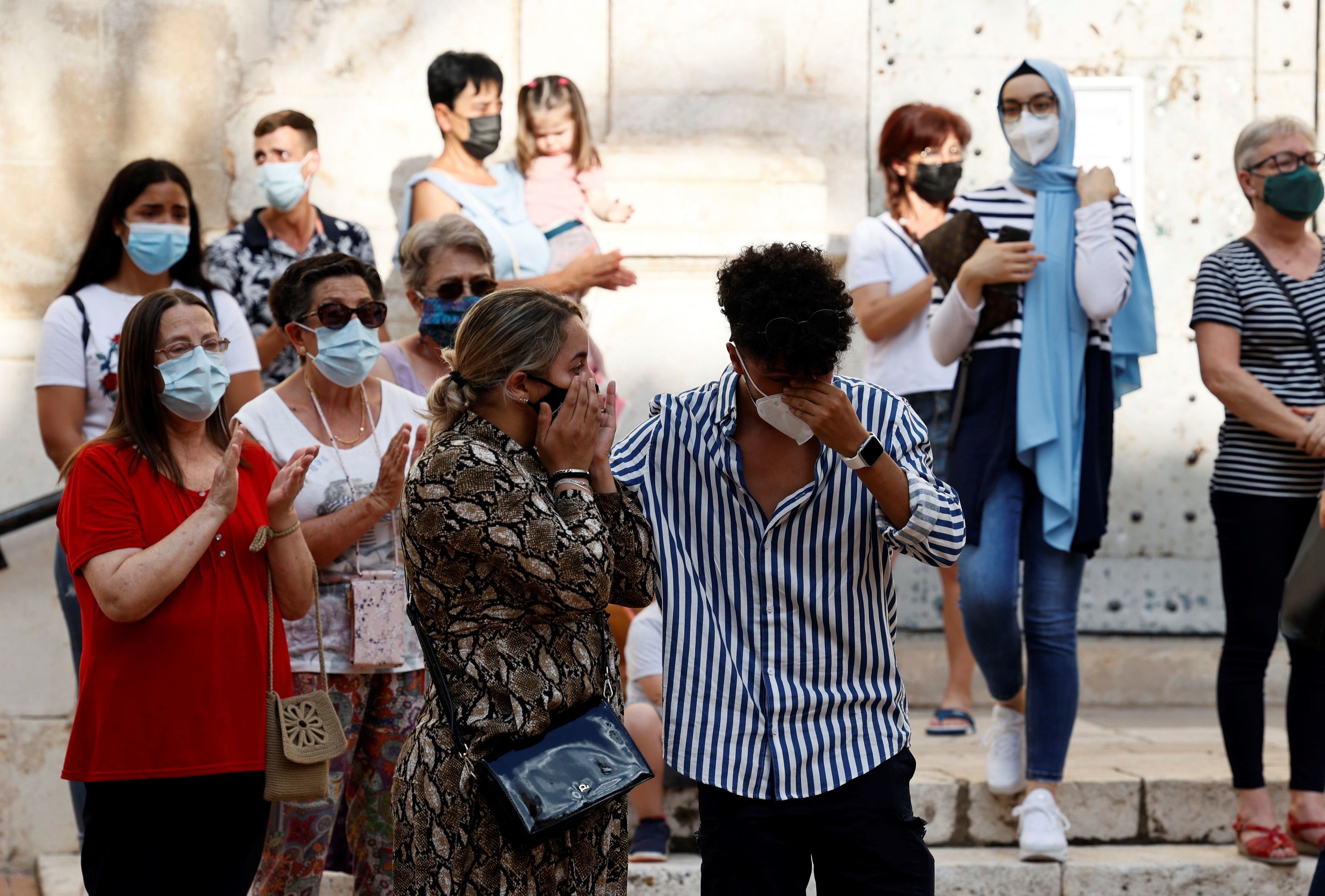 The Town Hall Square of the municipality of La

no longer impressed last Monday when he was seen having lunch in a bar in the square. In 18 months of search and police investigation, only he knew that the 19-year-old was lying in an irrigation well a few kilometers from the town almost from the same day that he lost track, on November 17, 2019.

David S., who is known as the

, lives in the village, where he makes a living in the countryside, as an

, and everyone knows that he has an older brother in prison for murdering a couple in Slovakia in 2012. She flirted with the

, consumption, but what most surprised the investigators who followed her track as the main suspicion related to the disappearance of the young woman was her

. With only 30 years, accumulates several

for gender-based violence by former partners, some of them in the last 18 months after, as he confessed to the Civil Guard yesterday, he killed Wafaa and threw her into a watering hole on a farm that belonged to her family but later sold .

In addition, after what happened with Wafaa, he tried to strangle an ex-girlfriend and

Isabel Raducanu was stabbed at her home in June 2019 while pregnant.

His romantic partner was initially suspected, but the investigation has turned upside down after David's DNA was found at the crime scene.

Friends and neighbors of Wafaa, concentrated in La Pobla B.

According to sources from the Wafaa crime investigation, the UCO focused on the young man because of the evidence provided by the victim's friends.

maintaining a relationship that she rejected

As they were never a couple, the murder of Wafaa will not count in the figures for gender violence, but it cannot be rid of the macho tinge.

"They are killing women for the mere fact of being women, of not attending to the complacencies of the murderers, in this case of a person who wanted to be a couple and did not succeed," said the Government delegate,

the concentration called in La Pobla Llarga, where three days of mourning will be kept.

His mother's questions led to the well

David was also incriminated by his mobile phone, whose positioning indicated that he was with Wafaa before the trace of the young woman of Algerian origin was lost. His arrest occurred on Wednesday afternoon and his first decision at the Carcaixent Civil Guard headquarters was not to cooperate. Early yesterday, the

left escorted to a

farm owned by his grandfather

where his mother resides. The UCO and the Judicial Police suspected that this was where Wafaa might have been buried. Canine units, and geradar of the Civil Guard were going to comb the entire plot when David collapsed due to the

insistent questions of his mother

and confessed to the crime, he had killed her and thrown her body into a well, but not in that farm, but in another called

that was owned by her family in 2019 but later they had sold.

The GEAS in the house where he went was the well that Wafaa was thrown into. B.

At noon, the search for the young woman's body moved to the new location and the Special Group for Underwater Activities appeared, which soon found a body at the bottom of the well indicated by the detainee.

He was submerged and in a state that only allowed him to recognize that he was a young woman, petite and dressed.

The description fits Wafaa, but the identity will have to be confirmed at autopsy.

The appearance of Wafaa's body differentiates this case from that of

, whose alleged murderer, Jorge Ignacio P. still does not reveal what he did with the remains of the young woman, whom he killed at the beginning of November 2019 in a Manuel's house, just in the town where the

In fact, there are testimonies that assure that David and Jorge Ignacio were acquaintances of rapes, although the investigations do not find, for the moment, a connection between both crimes beyond the geographical and temporal coincidence.

Valencian CommunityThe Azud operation catches the PSOE and PP with the changed foot: from the sanitary cordon to the claim of Barberá