According to several polls, abstention for the first round of regional and departmental elections held on Sunday is around 60%. &amp; Nbsp; &amp; quot; We continue to be part of a democracy that is increasingly becoming a democracy of the 'abstention', points out political scientist Céline Braconnier. 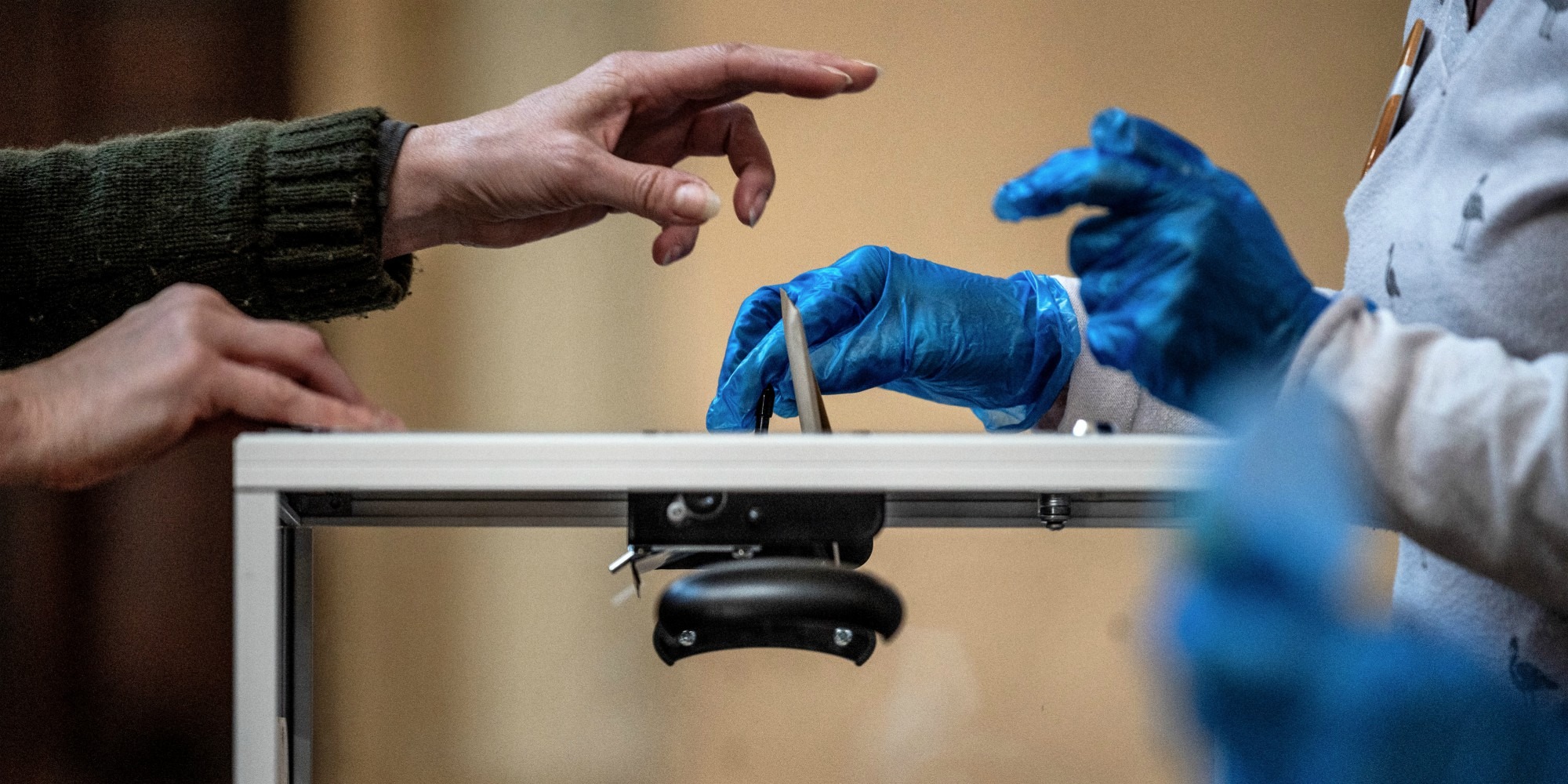 According to several polls, abstention for the first round of regional and departmental elections held on Sunday is around 60%.

"We continue to be part of a democracy which is increasingly becoming a democracy of abstention," points out political scientist Céline Braconnier.

If there is a result which seems already acquired for the 1st round Sunday of the regional and departmental elections, it is the low level of participation which will once again make of the more than 27 million abstentionists announced the first party of France.

On the other hand, it is a little more difficult to predict the political forces that could benefit from it electorally.

The anticipations of the pollsters converge in any case on the trend: "We should have an absolutely historic abstention", summarized the pollster Brice Teinturier (Ipsos) on Friday on France 2.

Regional: in difficulty, LREM is already thinking about its alliances for the second round

60% of registered voters intend to abstain from the first round of regional elections on June 20, according to an Ifop poll for Sud Radio carried out on June 15 and 16. Another Opinionway poll for Les Echos carried out from June 9 to 14 provides for a 62% abstention, while an Elabe survey for BFMTV conducted on June 15 and 16 envisages a range of 59% to 64%. This would constitute a record level for a first round of regional elections, well above the 50.09% of the 2015 ballot and especially the previous peak of 2010 (53.67%).

This new electoral disavowal would confirm a strong trend of the last decades that the five-year Macron has not succeeded in reversing, with more than half of the voters shunned the ballot boxes since his election for each vote, from the legislative of 2017 to the municipal elections of 2020, to the notable exception of the unexpected start of the Europeans in 2019 (50.12% participation).

"We continue to be part of a democracy which is increasingly becoming a democracy of abstention," summarizes political scientist Céline Braconnier. "We rather expect an increase in abstention because the structural factors (socio-economic) factors linked to the health crisis and also to the increasingly important questions of citizens with regard to the politics, institutions, political professionals ", explains on France Culture the professor of Sciences Po Saint-Germain-en-Laye.

Among the reasons for the abstention, according to a Viavoice poll for

, the French put first the fact that "the candidates and their projects do not meet the expectations of the French" (44%), in front of their "weariness in the face of political debates "(42%), the fact that" elected officials and political leaders do not understand the concerns of the French "(41%), and" the will to express dissatisfaction with politicians "(37%).

"Atony of the campaign, illegibility of the rules of the game and of the political offer, nationalization of the issues: citizens are struggling to appropriate this double ballot", deplores for his part Rémi Lefebvre, professor of political science at the University of Lille in a column published by

It is true that the pandemic, by preventing large meetings and door-to-door meetings until June 9, for example, has not facilitated the work of electoral mobilization.

How many regions could switch to RN?

But some parties could nevertheless do their best, thanks to what election specialists call differential mobilization, which pollster Frédéric Dabi (Ifop) sums up as follows: "with such a strong abstention, which would be interesting to see these are the logic of mobilization between camps which will vote massively and others which will surely abstain more strongly than the average ".

"Abstention benefits the most mobilized electorates, that is to say usually at the extremes", warns the president of the Modem François Bayrou.

Pierre Lefébure, political scientist at Sorbonne-Paris Nord University, also leans in favor of this hypothesis. "The more the abstention rises and the more, as a percentage of the votes cast, the extreme offers on the political spectrum have to gain", "especially the RN with an electorate very motivated and heated to white by electoral material that puts forward everywhere the photo of Marine Le Pen one year before the presidential election, "he told AFP.

And not certain, according to him, that we are witnessing in the second round a renewed mobilization like the one that in 2015 made it possible to block the National Front in several regions. "For that it would take great political clarity so that it is very readable for intermittent voters, and there, with the procrastination on the Republican front, it does not take the path," he warns.