French President Emmanuel Macron announced Thursday, June 10 a "profound transformation" of the French military presence in the Sahel and the establishment of an international anti-jihadist alliance ... 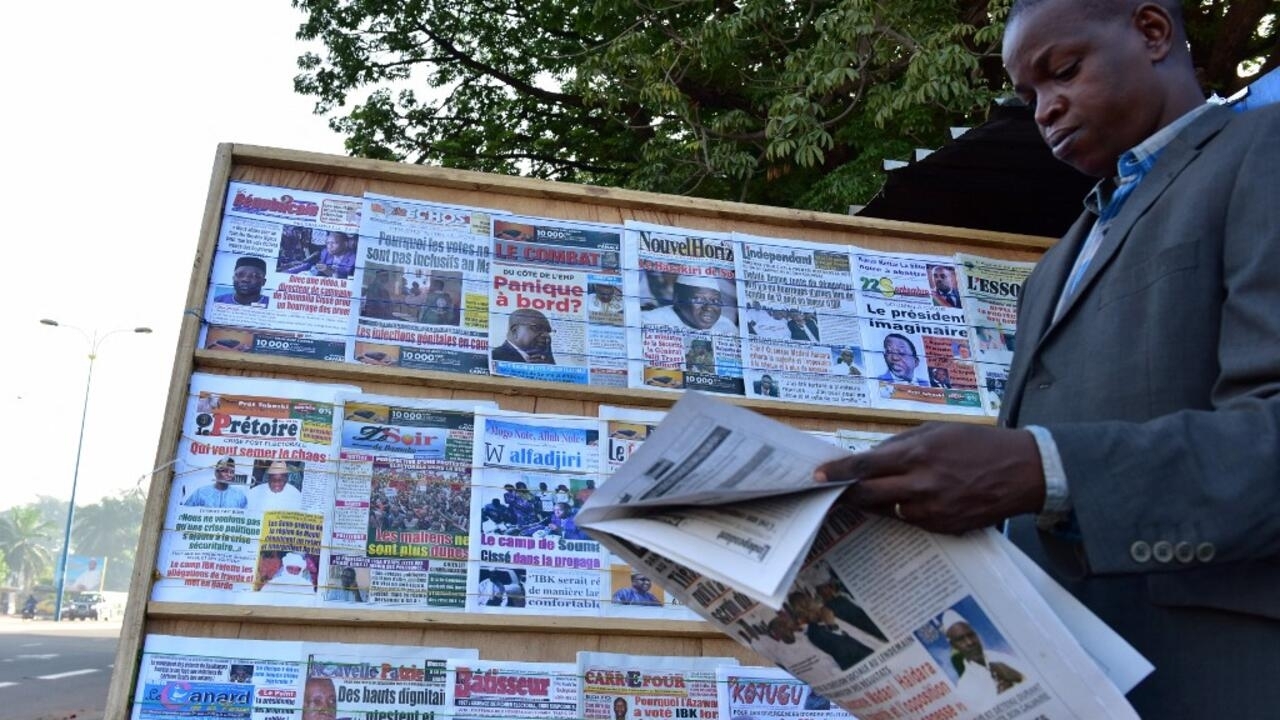 A man reads the newspaper in Bamako (illustrative image).

French President Emmanuel Macron announced Thursday, June 10 a "profound transformation" of the French military presence in the Sahel and the establishment of an international anti-jihadist alliance in the region.

A decision widely commented on in the French and African press on Friday, June 11.

wonders whether it is an "

admission of failure of France's military strategy in the Sahel

Barkhane is packing up!

while awaiting a first-class burial, or a burial in the intimacy of the family, everything will depend on who has signed the death

According to the Ouagalais newspaper, "

after a slow agony

has just breathed its last breath

this other Burkinabè newspaper that is

It is also, one could say, a real snub for the ECOWAS which has decided to stroke Colonel Goïta and company in the direction of the hair

An endless war, without defeat or victory

This chronicle of an announced death of "Barkhane" also made the front page in the press this morning in France. "

The disappointment is perceptible,

but for several months, France had been looking for a way out of what this daily calls the" Barkhane trap ", that is to say an endless war, without defeat or victory, which depletes military funds and soldiers

”. According to this newspaper, Paris feared to be "

prisoner of an Afghan scenario

if Barkhane ends, France has not yet left the Sahel

”. Because if Emmanuel Macron announced "

the end of Operation Barkhane as an external operation

", the Head of State, head of the armed forces added that "

the continuation of our commitment

(in the Sahel) will

not be done at constant frame

French newspapers wonder about the change in format of the French army.

This transformation will involve "

the closure of French army bases in Mali with possible redeployments in Niger, from which Mirage 2000 are already taking off

No official figures yet

a closure of French military bases in northern Mali, and redeployment to Niger and Chad

sees the transformation of its engagement on the continent favorably

What reduction in staff?

Nothing official yet, but, according to unofficial sources quoted by the newspaper

, from 5,100 today, the number of French soldiers deployed “

could increase to 2,500 in 2023 (…) It remains to be seen how quickly and how far will this withdrawal go, so difficult is it to get out of such a situation without losing face

It is a true iron law of military arithmetic. As

the military effect of a reduction in personnel is not proportional to its percentage: 10% fewer men is much more than 10% less on the ground.

In a modern army, the support and support functions - logistics, intelligence, medical, protection of bases, maintenance, etc. - mobilize large numbers of personnel that are difficult to reduce. The easiest to reduce is the number of personnel leaving the bases to produce a military effect on the enemy

coming to help the French is one thing, replacing them while they are repatriating their soldiers is another, quite different