US President Joe Biden has expanded restrictions on US investments in some Chinese companies allegedly linked to the military, adding more companies to the blacklist. 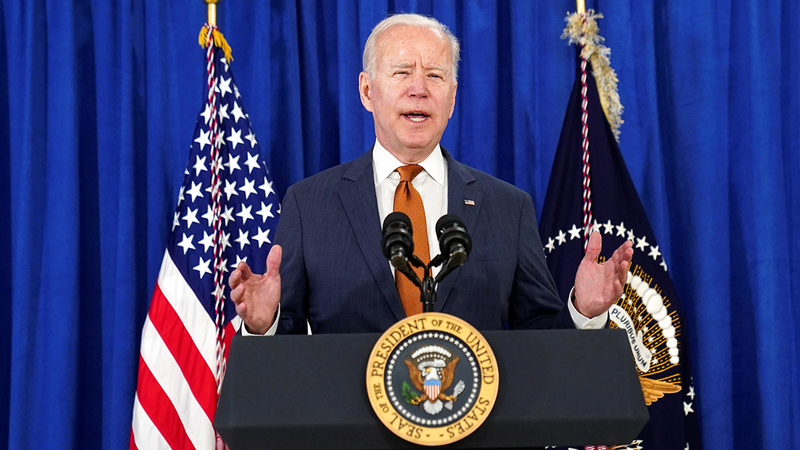 Beijing condemns.. and demands Washington to correct its mistakes

Biden has adopted a firm stance on China since his accession to the White House.

In detail, Biden signed, the day before yesterday, an executive order prohibiting Americans from buying or selling any publicly traded financial securities from 59 Chinese companies, as of August 2.

This action is based on an executive order issued by former US President Donald Trump last November, which included blacklisting more than 50 Chinese companies with alleged links to the Chinese military.

The White House added that the list will be updated, as necessary.

Washington explained that this regulation also targets companies that use "Chinese surveillance technologies outside China, as well as develop or use them to facilitate repression or gross violations of human rights," referring in particular to the Uyghurs.

The US Department of Defense is no longer responsible for the list, as it was under Trump, but the Treasury will be the responsible department.

Trump's order proved invulnerable, as the Chinese smartphone company Xiaomi obtained a court ruling in Washington to remove it from the list, and Xiaomi is also not included in Biden's new list.

The trade conflict between the United States and China has escalated under Trump, and his administration has taken action against many Chinese companies.

Biden had announced a review of his country's policy toward China, after he took office last January, but made clear that he intended to take a hard line against Beijing.

Since coming to the White House, Biden has taken a tough stance on China.

The first list, drawn up under Trump on November 12, included 31 companies believed to supply or support the Chinese military and security complex, and the number of companies is currently 59.

Americans who have stakes and other financial interests in these companies, whether individuals or corporations, have until August 2nd to sell them.

The Biden administration confirmed that it wanted to "fix and strengthen" the decree signed by Donald Trump "to ban US investments in the military-industrial complex of the People's Republic of China."

The Chinese government protested those decisions, even before they were announced.

In response to a question during a press conference yesterday, Chinese Foreign Ministry spokesman Wang Wenbin said that they "violate market laws" and "harm not only the legitimate rights and interests of Chinese companies, but also the interests of investors around the world, including American investors." ».

A Chinese Foreign Ministry spokesman said the United States had ignored the facts and should "correct its mistakes" and "stop harming the global financial market system and the interests of investors."