She praised the Qatari role in supporting Libya since the revolution ... Tripoli asks Doha to return its diplomatic mission

Libyan Foreign Minister Najla Al-Manqoush praised Qatar's role in supporting her country during the revolution, and for his part, her Qatari counterpart confirmed that Doha will always support all efforts to stabilize Libya. 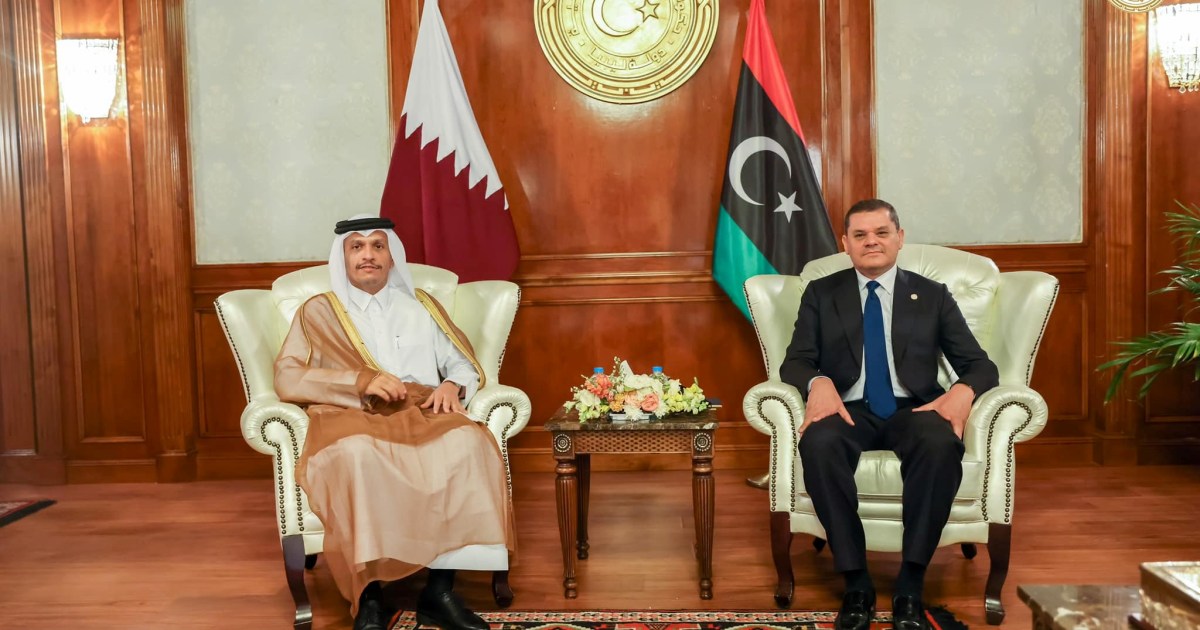 Libyan Foreign Minister Najla Al-Manqoush praised Qatar's role in supporting her country during the Libyan revolution, and in turn, the Qatari Deputy Prime Minister and Minister of Foreign Affairs Sheikh Mohammed bin Abdul Rahman Al Thani affirmed that Doha will always support all efforts to stabilize Libya, during the first visit of a Qatari foreign minister to Tripoli Since 2013.

Al-Manqoush stressed, in a joint press conference in Tripoli with the guest of the country, the role of Qatar in supporting the Libyan people since 2011, and its support for political dialogue and the national unity government.

The Libyan Minister also called on Doha to return its diplomatic mission from Tunisia to operate in the capital, Tripoli, in conjunction with the visit of her counterpart Sheikh Mohammed bin Abdul Rahman to Libya.

Al-Manqoush said: We agreed with the Qatari side to activate the agreements between the two countries, and we called on the Qatari delegation to return to the Doha embassy to work from Tripoli.

She added: We heard good news from the Qatari delegation of the imminent reopening of the embassy in Tripoli, without specifying a date.

For his part, the Qatari Minister of Foreign Affairs affirmed that Doha will always support all efforts to stabilize Libya, and said that he had held fruitful discussions in Tripoli that dealt with multiple areas of cooperation, and it was agreed to form joint work teams, reiterating Qatar's support for Libya, the Libyan people and the transitional political process.

Earlier on Sunday, Sheikh Muhammad bin Abdul Rahman began his first visit to Libya since the outbreak of the crisis in this country in 2013, which would last for one day.

The Libyan guest is expected to meet later with the President of the Presidential Council, Muhammad al-Manfi, as part of the visit, according to the Anadolu Agency.

In November 2020, Doha and Tripoli signed a memorandum of understanding to enhance cooperation in the security field, and good relations and partnership in various political, economic, security and other fields prevail between them.