Coronavirus: Tschentscher criticizes the lack of evidence of recovered status

Hamburg's mayor misses a “clear and controllable proof”. The UKE finds a biomarker that allows a prognosis for the course of Covid disease. 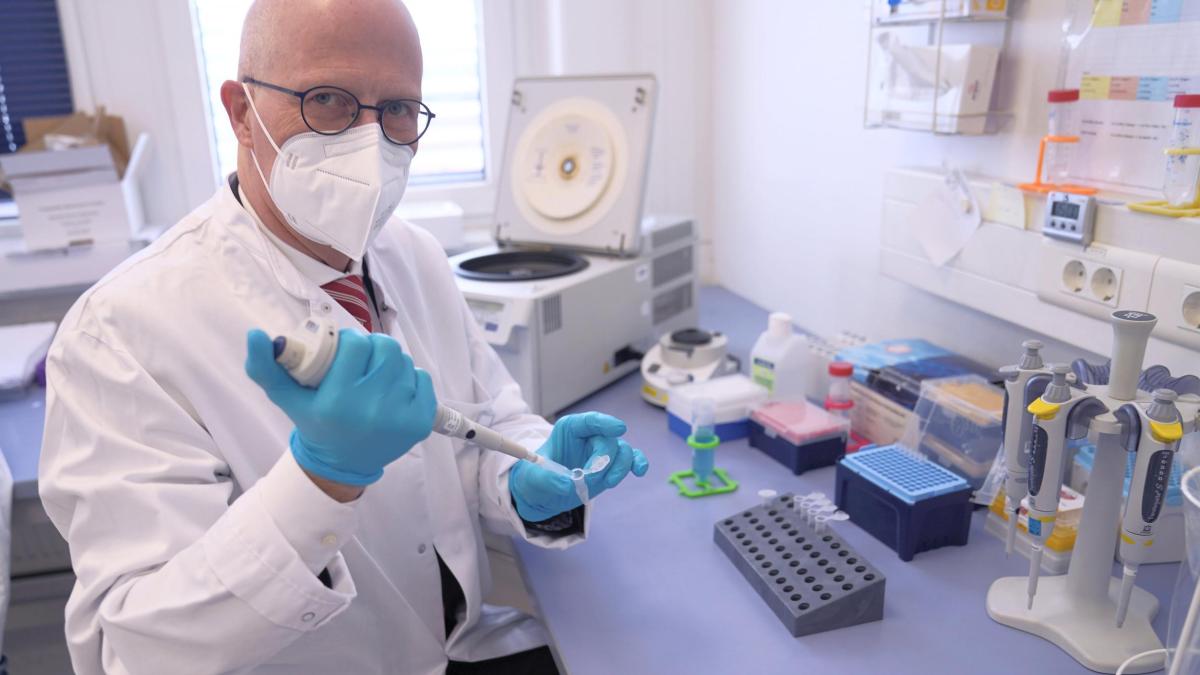 Hamburg's Mayor Peter Tschentscher (SPD) has criticized the fact that there is so far no clear and controllable evidence for those who have recovered from corona.

A simple document could also regulate the beginning and the end of this status, he told the NDR.

"This is of course something very important because otherwise it will lead to confusion."

In addition, the regulation also complicates the work of the police without proof.

“Our police there will have a lot of trouble with the fact that we don't have a decent document here.

It was simply not well prepared at the point, ”Tschentscher criticized at the weekend.

"There is no ID" I once had Corona, "said Leonhard on Monday in Hamburg - especially because the immunity only lasted six months.

Everyone should know at this point in time who is sick before late November, for this rule does not apply.

According to the federal government, people infected with corona are considered recovered 28 days after infection and immune for a maximum of six months. Anyone who is above should therefore quickly seek a vaccination, said Leonhard. According to her, foreign test certificates that contain the data according to international standards are also considered to be documents. Since this Sunday, the corona pandemic has ceased to apply certain restrictions for vaccinated and convalescent people, but so far this has only affected a small proportion of people.

In the future, clinics may be able to determine at an early stage how severe a Covid 19 disease will be. A research team from the Hamburg University Clinic Eppendorf (UKE), together with the University Clinic Aachen, identified two so-called biomarkers that can provide information about the severity of a Covid 19 disease, as the UKE announced on Monday. The biomarkers are obtained from the patient's blood. This has already been successfully tested in 31 patients. The results of the pilot study are now to be confirmed in a large study.

Until now, according to the UKE, it has only been possible to a limited extent with the help of the usual laboratory values ​​and clinical examination methods to predict how severe the disease will be and how high the risk of mortality is when entering the clinic.

The two biomarkers should enable an assessment of whether there is a high, medium or low risk of death.

Covid-19 patients with a high mortality risk could be identified at an early stage and treated with intensive care, said Rainer Böger, head of the UKE Institute for Clinical Pharmacology and Toxicology.

This could improve their chances of survival.