Israel: Another riot in Jerusalem - more than 50 injured

Clashes between Palestinians and Israeli security forces have broken out again in Jerusalem. Young people threw stones at the emergency services, lit fires and destroyed barricades. 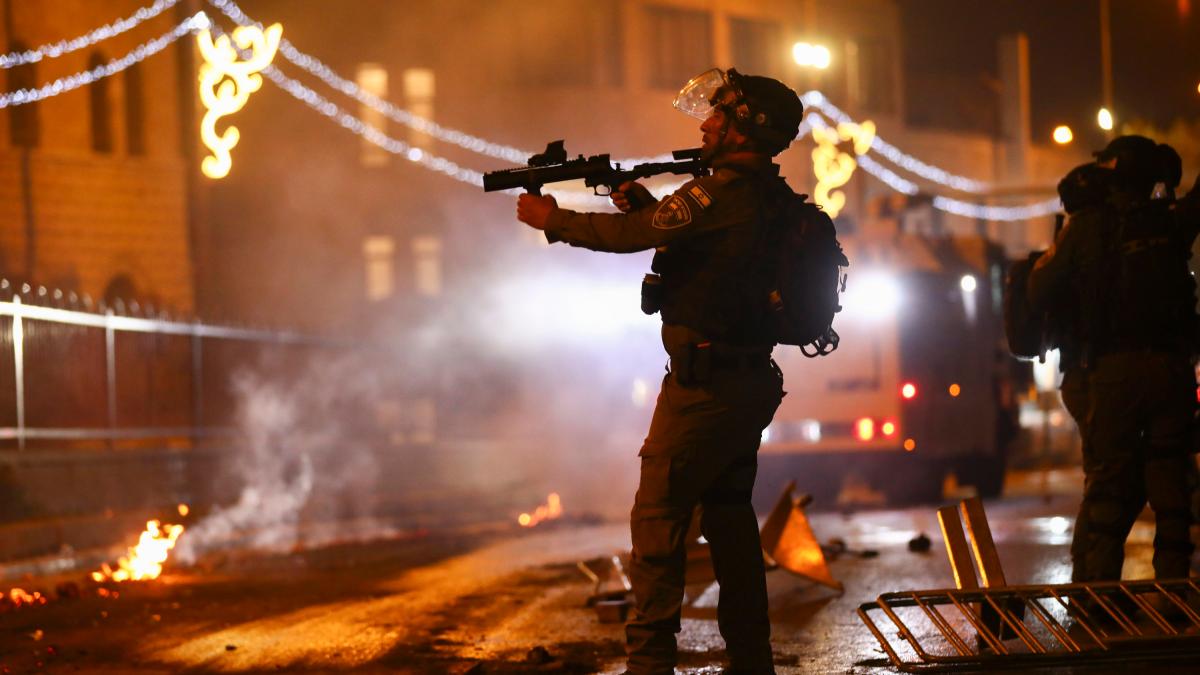 More than 50 people were injured in new violent clashes between Palestinians and Israeli police officers in Jerusalem on Saturday evening, according to rescue workers.

"We count 53 injured so far," said a spokesman for the Palestinian Red Crescent of the AFP news agency.

The new clashes took place in the old city of Jerusalem and in the East Jerusalem district of Sheikh Jarrah.

There, Palestinians once again took to the streets to protest against the threat of evictions and threw stones at the Israeli security forces.

These used water cannons and tried to drive the demonstrators away with foul-smelling water, as an AFP correspondent reported.

According to the Reuters news agency, young people also lit fire and destroyed barricades that were supposed to block access to the old town.

Clashes the evening before

The previous evening there had been clashes on the Temple Mount and in other parts of East Jerusalem, in which more than 200 people were injured.

It remained quiet on the Temple Mount on Saturday evening, where Muslim believers prayed after breaking the fast in the evening without incident.

There is currently massive tensions between Israelis and Palestinians because of the threat of evictions for Palestinian families in East Jerusalem, which is annexed by Israel.

For a few days now there have been daily protests, some of them violent.