Neighbor Roland sees the burnt down house every day

Roland Sandahl's house is closest to the house that burned down in Anneberg in February and where a woman died in the fire. He is reminded every day of the event. 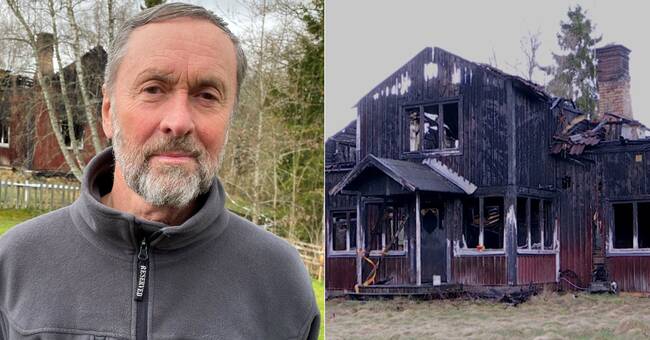 The house is charred and the wind brings with it the smell of fire smoke, even though it has been more than three months since the evening when the house was on fire.

- You are constantly reminded of it.

It is not a pleasant sight, says Roland Sandahl.

He and other neighbors gathered the next day and lit candles outside the barricades around the house.

None of them had come close to the woman when she lived for herself with little contact with the outside world.

- I saw three young people knocking on her door and running around.

But we never thought this would happen.

The neighborhood is reminded every day of the incident because the house must not be touched before the trial is over.

It starts on Tuesday and a boy in his late teens is charged with murder and aggravated arson, among other things, and two other young people are suspected of harassment and for not having alerted about the fire.