An Indonesian submarine, missing during training, was found underwater in three rivers. Indonesian authorities say all 53 people aboard the submarine were killed. 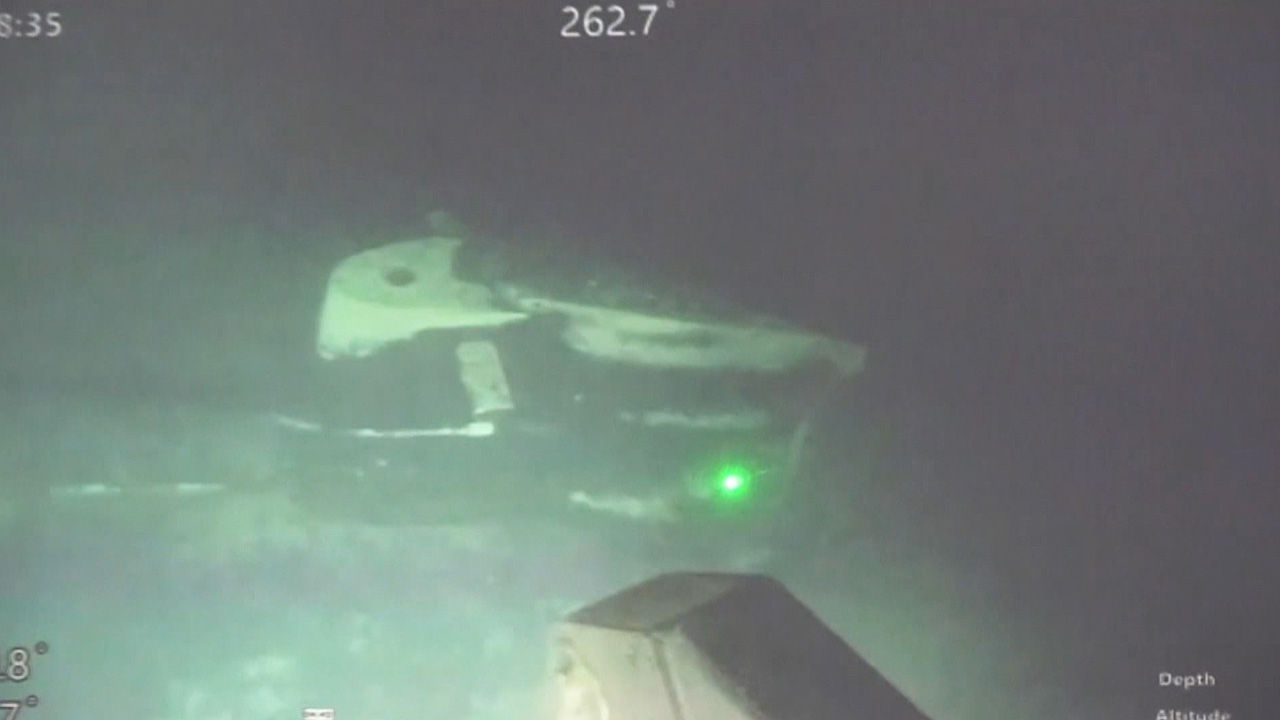 An Indonesian submarine, which went missing during the

training, was found underwater. Indonesian authorities say all 53 people aboard the submarine were killed.

This is Jung Hye-kyung.

This is an image of the sinking submarine Nangala, taken from the seabed by Indonesian naval authorities.

At around 3:25 a.m. local time on the 21st, the Nangala, a submerged for torpedo training in the northern waters of Bali, Indonesia, disappeared.

The Nangala, a conventional 1,400-ton submarine made in Germany, carried 53 crew members, one commander, and three weapons personnel.

Upon hearing the news of the disappearance, military authorities immediately searched for the submarine, but only after exceeding the time limit for the remaining oxygen reserves required for the survival of the occupants.

Military officials have announced that all 53 passengers have died.

sank and all occupants were killed.]

At the time of discovery, the submarine was three-fold, with the stern and the body separated. It was said that it was.

The search team also found a life jacket believed to be a passenger.