The United States is silent about its own plans to deploy new nuclear weapons and bring NATO military infrastructure closer to Russian borders, the Russian Foreign Ministry said. 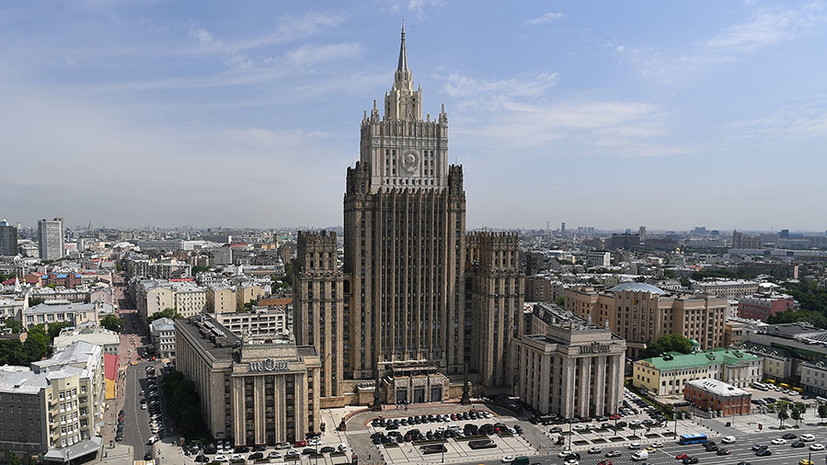 This is stated in the commentary of the ministry in connection with the report published by the US State Department "On the observance and implementation of agreements and obligations in the field of arms control, non-proliferation and disarmament."

In the reaction of the Ministry of Foreign Affairs, in particular, it is said that the document lacks a convincing evidence base, while the report replicates "blatantly false accusations."

"The United States again, on the basis of speculation, reproduces claims against Russia about the allegedly continuing offensive military biological program and thereby violating the Convention on the Prohibition of Biological and Toxin Weapons," the ministry said in a statement.

At the same time, the United States itself is silent about "tectonic shifts in the field of European security", which are caused by "the approach of NATO's military-strategic infrastructure to the Russian borders," as well as "US own plans to deploy new nuclear weapons contrary to the aforementioned" presidential initiatives. "

“And this at a time when the actions of the United States and its allies to develop the skills of using the American NSNW deployed in Europe within the framework of the so-called.

NATO's "joint nuclear missions" directly contradict the legally binding requirements of the Treaty on the Non-Proliferation of Nuclear Weapons, which is the cornerstone for the architecture of the KVRN, ”emphasized Russian Foreign Ministry spokeswoman Maria Zakharova.

On April 8, US Secretary of Energy Jennifer Granholm announced that the United States should modernize its nuclear capabilities to deter aggression from other states.

In February, the Russian Foreign Ministry announced that the Russian side is categorically opposed to the concept of a limited nuclear war.

As noted in Moscow, the United States is "enthusiastically and publicly" discussing the possibility of using nuclear weapons.