Seizing the vials of companies that do not comply with the contracts "would be our right," said the vice president of the Commission, but "I see a change from the industry so I don't think it will be necessary" 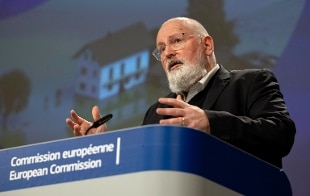 Thus the vice president of the European Commission Frans Timmermans, in an interview with Repubblica, when asked whether he is in favor of seizing vaccines from companies that, like AstraZeneca, do not respect deliveries.

"In absolute crisis situations like the current one, mistakes are made everywhere and there is always room to learn and improve. Now the absolute priority is to get the vaccines to the population as quickly as possible. Then we will analyze what happened, what we did us, governments and industry ".

"In any case, the choice to proceed with the European contracts was the right one, otherwise today the less strong EU partners would not have vials", underlines Timmermans, who says about the letter of formal notice sent by the Commission to AstraZeneca and any legal actions: " We are waiting to see what happens. If they do not respect the commitments stipulated in the contract we must act and that is exactly what we are doing ".

Seizing the vials of companies that do not respect contracts, such as AstraZeneca, by activating Article 122 of the Treaty, "would be our right, all the tools are on the table but the work of my colleague Thierry Breton is going very well and I see a change on the part of the industry so I don't think it will be necessary. Otherwise, if forced to do so, we will do it. "

"Europe exports more than everyone else to the world, but we ask for reciprocity and balance: those who produce vaccines must also export them, not just take ours. Just as it makes no sense to export to nations that have a higher level of immunized than ours, such as Israel ", underlines Timmermans on the hypothesis of closing exports to the United Kingdom.