In the billion dollar business with protective masks, politicians are said to have interfered, at least one of them also cashed. The top of the Union faction warns members of parliament against profiteering. A CDU politician from Mannheim draws conclusions. 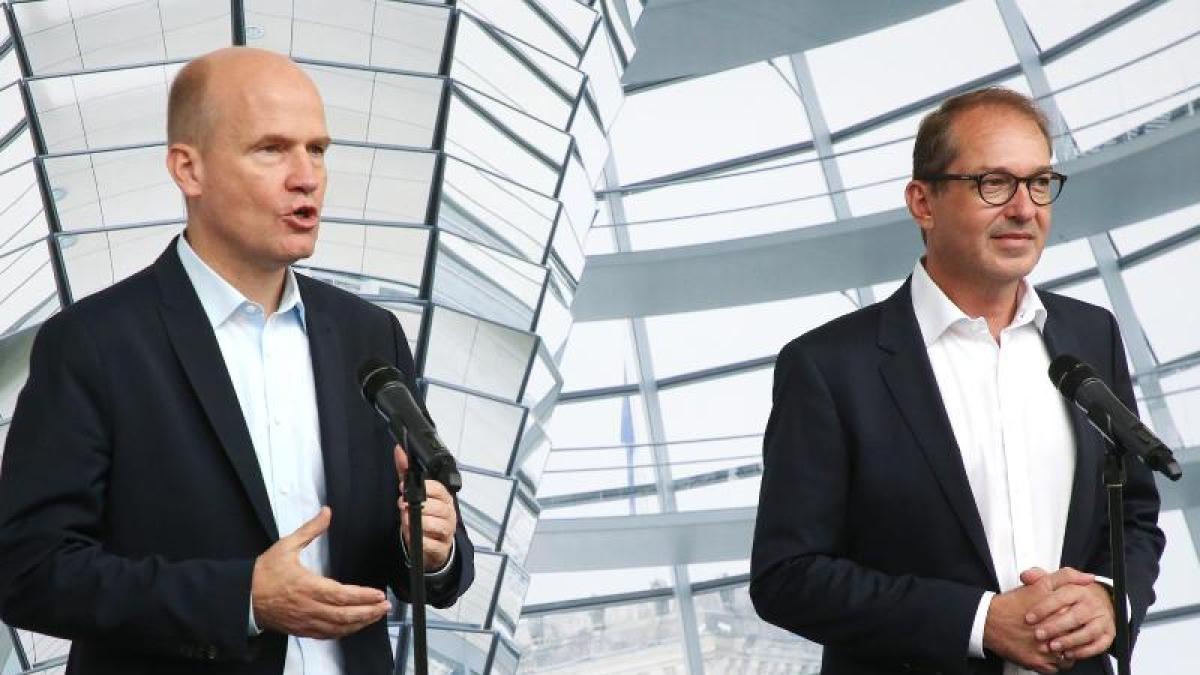 In the affair of cash payments to members of the Union parliamentary group in connection with contracts for corona protective masks, the CDU member of Mannheim, Nikolaus Löbel, has now also drawn conclusions.

Löbel gave up his seat on the Foreign Affairs Committee of the Bundestag after the "Spiegel" reported on Friday about commission payments amounting to 250,000 euros.

The top of the Union faction tried to limit the damage and warned MPs against doing business with corona masks.

On Friday, the CSU member of the Bundestag Georg Nüßlein, who is suspected of corruption in connection with the purchase of corona protective masks, announced his withdrawal from politics.

He would resign his currently dormant office as deputy Union parliamentary group leader and no longer run for the Bundestag election in September, Nüßlein said through his lawyer in Munich.

The Munich Public Prosecutor's Office is investigating the initial suspicion of corruption.

Nüßlein is said to have campaigned for a mask purchase, for which 660,000 euros commission went to a company in which he is said to be involved.

In the evening Löbel then announced his withdrawal from the Foreign Affairs Committee of the Bundestag, as the "Stuttgarter Zeitung" reported.

The politician had previously granted the payment of commissions of around 250,000 euros for the mediation of purchase contracts for masks to his company, Projektmanagement-GmbH.

Löbel described the sums as “remuneration based on the market standard”.

Receiving money for the mediation of protective masks is not per se inadmissible for members of the Bundestag, explained the constitutional lawyer Markus Ogorek from the University of Cologne.

However, this only applies “as long as the behavior is not aimed at promoting one's own personal interests”.

The legal expert assumes that Löbel's behavior should be viewed as a violation of the rules of conduct for members of the Bundestag.

Löbel's business partners included the senior citizens' home chain Avendi, which, according to the newspaper “Mannheimer Morgen”, bought around 100,000 masks for 60,000 euros.

According to a company spokesman, Löbel's commission was 25 percent.

According to the newspaper, the CDU Nordbaden von Löbel expects to donate the money it has collected to a non-profit organization for mask mediation.

Union tries to limit the damage

The top of the CDU / CSU parliamentary group tried to limit the damage.

"Acting within the scope of the mandate must not be combined with personal financial interests," wrote Union parliamentary group leader Ralph Brinkhaus (CDU) and CSU regional group leader Alexander Dobrindt in a letter to their group colleagues on Friday.

The receipt of cash benefits "for the mediation of medical protective equipment in the context of fighting pandemics by MPs meets with our complete lack of understanding and is strongly condemned by us".

The allegations would have to be clarified.

CDU General Secretary Paul Ziemiak wrote on Twitter: "I find it deeply indecent that parliamentarians have enriched themselves with the procurement of masks in the worst crisis since the Second World War." The citizens and the members of the CDU had "no understanding." ".

It could not be “that individuals bring the whole Union and the hard work of all members of the German Bundestag and the federal government into disrepute,” the Secretary General continued.

According to "Spiegel", other CDU MPs are said to have advertised companies or suppliers of masks.

With the exception of Löbel, however, they deny having received anything in return.

“It is outrageous when members of parliament turn hardship into business,” said Blume to “Münchner Merkur”.

"This contradicts the values ​​of the CSU fundamentally." He expects a complete explanation.