Young girls were in state compulsory care. There, they are said to have been threatened, subjected to violence and sexual abuse by the staff at Björkbacken's youth home in Gothenburg. The management has been alerted to the situation for several years - but still the abuse has continued, something that was shown in SVT's review. Now several politicians are demanding change. 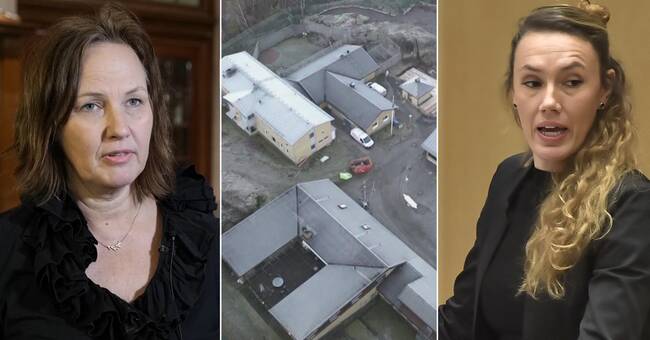 On Wednesday, issues of children and young people placed in the Riksdag were debated.

During the debate, Member of the Riksdag Juno Blom (L) demanded that an accident commission be appointed after SVT Nyheter Västs och Uppdrag's review disclosure of misconduct at the Swedish National Board of Institutional Care, Sis, Björkbacken youth home in Gothenburg.

- A review must be made of the entire Sis with a focus on the children who are not sitting there because they have been convicted of a crime, but have a vulnerability in their luggage and are also exposed to misconduct within Sis.

It is children who are abused in the name of the state, we must not accept this, says Juno Blom.

One of the requirements is that so-called separations must end at the special youth homes.

In January, SVT was able to reveal that the girls who were placed on Björkbacken were separated about five times more often than young people in the other homes.

- We see that girls, younger people and those with disabilities are the ones who are hardest hit by these measures.

This is not worthy of Sweden.

We must act and the government must make a decision that segregation cannot be allowed, says Juno Blom.

The Minister of Social Affairs is not present

Minister of Social Affairs Lena Hallengren did not attend the debate in the House, something that was criticized by several politicians on the ground.

I can understand that she is currently busy with the pandemic, but then the Prime Minister will have to go in and make sure that someone else takes over these issues.

The government must be in place and see that this is serious.

This is an ongoing pandemic against children in state care.

It should be a high priority, says Juno Blom.

Maj Karlsson (V) also highlighted SVT's review in his speech and demanded that the government act on the irregularities within Sis.