Racial injustice plagues the US vaccination process? 170,000 people may die in the next 4 months

China News Service, February 7th. According to real-time statistics from Johns Hopkins University in the United States, as of 8:22 on February 7, Beijing time, the cumulative number of confirmed cases of COVID-19 globally has exceeded 105 million, with more than 230 deaths. Million cases.   In the United States, where the epidemic is most severe, the agency predicts that as of June 1st, the cou 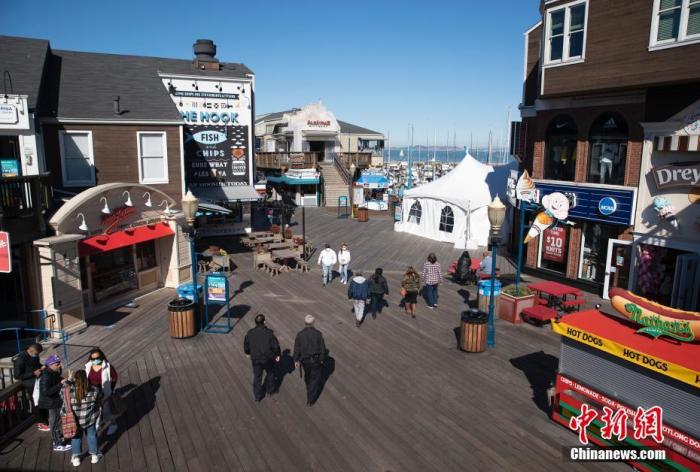 China News Service, February 7th. According to real-time statistics from Johns Hopkins University in the United States, as of 8:22 on February 7, Beijing time, the cumulative number of confirmed cases of COVID-19 globally has exceeded 105 million, with more than 230 deaths. Million cases.

In the United States, where the epidemic is most severe, the agency predicts that as of June 1st, the country's cumulative deaths will exceed 630,000, which means that in the next four months, there will be 170,000 deaths from the epidemic; To ease the epidemic, the United States is actively promoting vaccination, but the problem of uneven distribution among races has become increasingly prominent.

At present, the epidemic situation in the United States continues to deteriorate. The country has confirmed more than 26 million cases and more than 461,000 deaths.

The forecast results of the epidemic model recently released by the Institute of Health Statistics and Evaluation of the University of Washington show that as of June 1, the number of deaths in the United States may reach 631,000. This also means that in the next three months, the United States is expected to About 170,000 people will die due to the new crown.

There are far-sighted things, but more near-term concerns.

The United States will usher in the National Football League’s annual championship game on February 7, local time, which is commonly known as "Super Bowl Sunday."

In response, the top health officials in the United States reminded the public to be wary of the Super Bowl becoming a super spread event and urged people to watch the game online with friends.

Rochelle Valensky, director of the US Centers for Disease Control and Prevention, said, "We need to be cautious and cautious."

According to reports, the game will be held in Tampa, Florida, and about 22,000 fans will be there to watch the game.

At present, local fans have been required to wear masks when they are unable to maintain social distance indoors. Violators will be fined.

On the same day, New York Yankee Stadium was opened as a mass vaccination site for the new crown vaccine.

It is reported that the Yankee Stadium vaccination site is only open to residents of the Bronx, New York, and plans to inoculate 15,000 people every week.

In order to alleviate the current severe epidemic situation as much as possible, the United States is promoting vaccination.

On the 5th local time, Slavitt, a senior adviser to the White House Anti-epidemic Task Force, announced that the Department of Defense will send 1,000 soldiers to the state vaccination centers to assist people in vaccinating the new crown.

Slavitt said that military support will play a key role in helping to get thousands of doses of vaccines every day.

At the same time, many places across the United States are opening large-scale vaccination sites for the new crown vaccine, including a casino in Missouri and Yankee Stadium in New York.

In California, Levi's Stadium in Santa Clara County will also open next week, when about 15,000 people can be vaccinated every day.

In addition, Major League Football Commissioner Roger Goodell stated that the league can make all its 32 stadiums available to the public as vaccinations.

However, during the vaccination process, the problem of uneven distribution among races has become increasingly apparent.

Ethnic inequality is also reflected in the vaccination process.

According to the ABC report, at present, the new crown vaccination rate for black Americans is far lower than that for whites. The black group, which accounts for 13.4% of the total U.S. population, is only allocated to 5.4% of the vaccinated population, while 60% of the population is Hispanic whites are allocated 60.4%.

Not only in the United States, there is also a problem of uneven distribution of vaccines globally.

WHO Director-General Tan Desai said on the 5th local time that the uneven distribution of vaccines will have a serious impact.

At the same time, he also believes that manufacturers of new crown vaccines should significantly expand their production scale and encourage manufacturers to share their data and technology to produce vaccines in Africa, Asia, and Latin America to ensure fair access to vaccines worldwide.