Vaccination starts in almost all EU countries: that's how it goes

The first people were vaccinated against the coronavirus in almost all countries of the European Union on Sunday, after the vaccines from Pfizer / BioNTech were delivered in all 27 EU countries on Saturday. In the Netherlands, this will only happen from January 8. NU.nl provides an overview of the vaccination plans of the countries around us. 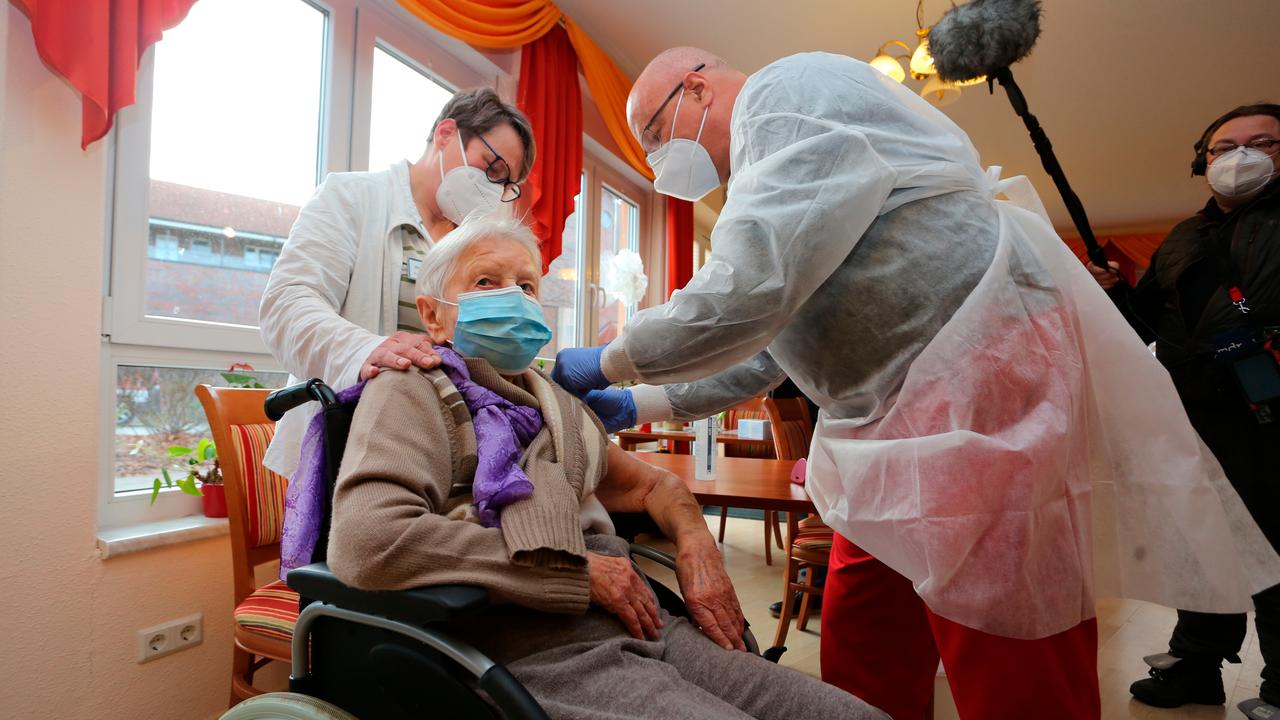 The first people were vaccinated against the coronavirus in almost all countries of the European Union on Sunday, after the vaccines from Pfizer / BioNTech were delivered in all 27 EU countries on Saturday.

In the Netherlands, this will only happen from January 8.

NU.nl provides an overview of the vaccination plans of the countries around us.

On Saturday, Boxing Day, 101-year-old Edith Kwoizalla from Halberstadt was the first German to receive the vaccine, along with 39 other residents of a senior citizen center in Saxony-Anhalt and ten employees.

The first people were also vaccinated in Slovakia and Hungary on Saturday.

The nationwide start of the vaccination in Germany is scheduled for Sunday.

People over eighty, nurses and hospital staff at risk are the first to be vaccinated.

Thus, all age groups are examined.

The German government hopes to distribute more than 1.3 million vaccines to local health authorities by the end of the year.

As of January, this concerns 700,000 vaccines every week.

There are about 400 vaccination sites in total.

The country does not rule out that the vaccination of the population will take longer as a result.

German vaccine experts suspect that it may take until the end of 2021 for all residents to be protected against the corona virus.

Our southern neighbors will start vaccinating on Monday.

That day, the first residents are vaccinated in three nursing homes.

On Wednesday, vaccines will be administered at another four care homes.

Large-scale vaccination does not start until January.

Belgium will have access to five million Pfizer / BioNTech vaccines (in a population of over eleven million).

According to epidemiologist Pierre Van Damme, about 700,000 vaccines must have been administered by the end of February.

Just like the Netherlands, Belgium will first vaccinate residents and staff of institutions for the elderly.

Hospital staff and other health care providers follow "on the front line".

Then it is the turn of all the elderly, people of middle age with other complaints and people with a crucial profession.

On Saturday, 9,750 doses of the Pfizer / BioNTech corona vaccine were transported from Belgium to a hospital in Rome, where the first vaccinations will take place on Sunday.

The following doses of the vaccine will be shipped to 300 different locations in Italy.

This concerns about 1.4 million Italians.

Residents of nursing homes are next, followed by people over eighty.

The next group consists of people over sixty and people with chronic illnesses.

Next it is the turn of Italians with crucial professions.

Who will be the first to receive the Pfizer vaccine in the Netherlands?

France will also start vaccinating on Sunday, but large-scale vaccination will only take place at the beginning of 2021.

The first vaccinations will take place in the area around Paris and the Bourgogne-Franche-Comté region, in the east of the country.

The priority in France lies with residents of nursing homes and their carers.

The first thing to do is to see seven thousand nursing homes.

In January and February, the country hopes to vaccinate about a million nursing home residents and staff.

Between March and June, another 14 to 15 million inhabitants of France should then receive the corona vaccine.

"This is the beginning of the end of the pandemic," Spanish Health Minister Salvador Illa said on Twitter on Saturday.

The first injections have been delivered in the central city of Guadalajara.

From there other regions are supplied.

In total, there are thirteen thousand vaccination sites spread across the country.

Vaccine doses are also transported by air to the Spanish islands and the North African exclaves of Ceuta and Melilla.

The country will receive 350,000 vaccines every week from December 26.

By mid-March, the country should have received nearly 4.6 million doses of the Pfizer / BioNTech vaccine.

Spain wants to vaccinate a total of between 15 and 20 million people in the first half of 2021.

The first vaccines go to nursing home residents and employees, followed by other health care providers "on the front line".

In Poland, a nurse and a doctor in a hospital in Warsaw were the first to receive the vaccine.

In Poland, a nurse and a doctor in a hospital in Warsaw were the first to receive the vaccine.

Poland and the Czech Republic

In Poland, a nurse and a doctor working in a hospital in Warsaw were the first to be vaccinated on Sunday.

After that, medical personnel are vaccinated in other hospitals.

The Czech Republic also started vaccinating its inhabitants on Sunday.

Prime Minister Andrej Babis was given the first vaccine in Prague, after which the other 9,750 doses the country has already received have been distributed to hospitals in the capital and in the city of Brno.

In addition, the vaccination also started on Sunday in Slovenia, Austria, Bulgaria, Croatia and Romania.

Both Denmark and Sweden received 9,750 doses of the vaccine on Saturday and started vaccinating on Sunday morning.

In the coming days, approximately 5,000 residents and nursing home staff will be vaccinated first in both Scandinavian countries. Next week, the Danes will receive 38,025 doses and Sweden expects 100,000 doses in January.