3 wasted this season .. The frustrated Ibrahimovic surrenders in front of penalty kicks

Zlatan Ibrahimovic has said he may quit the next penalty kick for Milan to teammate Frank Casey after he missed his third penalty of the season during a 2--2 draw with Verona in Serie A. 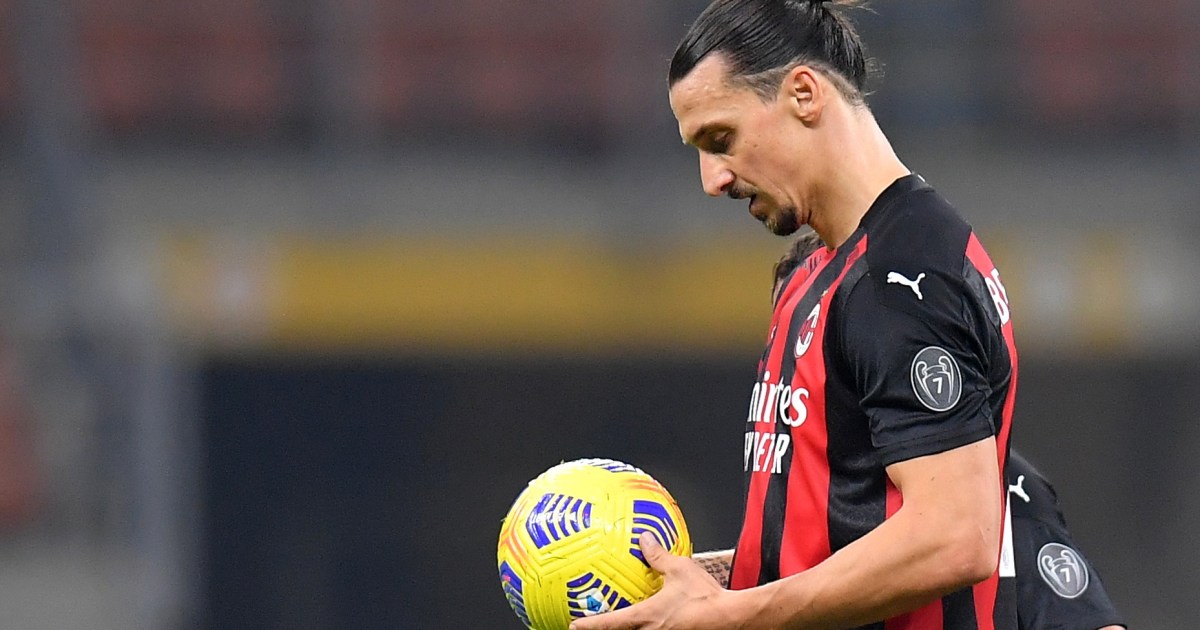 Zlatan Ibrahimovic has said he may leave the next penalty, which is awarded to Milan, to teammate Frank Casey after he missed his third penalty of the season in a 2-2 draw with Verona in Serie A on Sunday.

The Swedish star, 39, scored the equalizer for Milan in stoppage time;

But even that did not diminish his frustration.

Ibrahimovic said, "I am definitely angry, the draw today is not good, we had many chances and missed a penalty. Maybe I would leave Casey to take the next penalty."

Casey was taking penalty kicks in Milan before Ibrahimovic joined in January, and the Ivory Coast player scored 9 of 10 attempts.

In the absence of the fans from the stands of the San Siro Stadium, it was clearly possible to hear the voice of Verona goalkeeper Marco Silvestri provoking Ibrahimovic, saying, "He missed the last penalty" while "Ibra" was advancing to take the penalty, which he shot over the bar.

Ibrahimovic said, "He made no mistake, I really missed the last penalty kick."

After playing two games every week for nearly a month, Ibrahimovi said he was looking forward to a two-week rest period before the next match.

"I need a rest," he said. "I missed the ferocity and determination that I had in front of the goal. I felt that I was not quite present."

Milan coach Stefano Pioli agreed that fighting on two fronts - the Italian League and the European League - affects his team, especially with the pressure of matches in a shorter season than usual.

But Pioli was happy with his team's uprising after trailing by two goals, and said, "We entered this match after the defeat in our last game, and we were behind by two goals, and we showed a reaction befitting a great team."