The lost olive tree remembers the Nakba ... How did the British Mandate authorities uproot the roots of Palestinian agriculture from their lands?

The olive tree has become a modern symbol of Palestinian patriotism, bearing the sign of resilience and survival, and in addition to its economic importance to contemporary Palestinian society, its cultural symbolism has long been associated with a society that has witnessed the shrinking of its historical lands throughout the twentieth century. On the anniversary of the Palestinian Nakba, May 15...

The olive tree has become a modern symbol of Palestinian patriotism, bearing the sign of resilience and survival, and in addition to its economic importance to contemporary Palestinian society, its cultural symbolism has long been associated with a society that has witnessed the shrinking of its historical lands throughout the twentieth century.

On the anniversary of the Palestinian Nakba, May 15, 1948, the British Middle East Eye website published a report in which the Nakba survivors remember the rural conflict in Palestine during the era of the British Mandate, which spanned more than two and a half decades starting in the year 1920.

And the Corona pandemic prevented the revival of the events of the 72nd anniversary of the Nakba, and inside the Palestinian scenes, the return to the abandoned villages and cities was absent for the first time in 23 years.

Agriculture and land
was central to Palestinian society before the establishment of the State of Israel, small farmers, known as peasants, were the basis of Palestinian society at that time, and three quarters of the population lived in rural areas and agriculture was the main source of livelihood, as families gathered to work in the fields, according to a report Palestinian journalist Farid Tumallah.

With the Balfour Declaration in 1917, the British government pledged to create a national home for Jews in Palestine, and pursued policies that would fulfill this promise that came at the expense of the Palestinians associated with their land.

Now, 72 years after the establishment of the State of Israel and the massive exodus of hundreds of thousands of Palestinians from their lands, the Nakba survivors share their memories of the lives and lands they lost, and with which they maintain a deep attachment.

On May 15 each year, the Palestinians used to commemorate the loss of their country and its ruins. The activities being organized in the West Bank, Gaza and 48 lands, and in places of refugee spread, focused on reviving memory and informing the new generation of the events of the Nakba and their meanings.

Shukria Osman, 86, shared with Middle East Eye, memories of her village, Lifta, west of Jerusalem, which was devoid of its indigenous people who were abandoned in 1948.

"Before the Nakba we worked hard, but we were happy. Everything was available. We planted zucchini, broccoli, tomatoes, wheat, barley, lentils, and corn. We had olive trees, peaches, and almonds. We sold excess production to the cities, which allowed the village to cover their needs of other commodities," she said.

Close to the village, the freshwater springs known as Ein Lifta were located, but according to Shukria, who now lives in the Qaddura refugee camp in the central West Bank, Jews living nearby built a wall to prevent Palestinians from accessing water while swimming in it.

She said that the villages' self-sufficiency was a basic principle throughout the Mandate years, especially during the six-month general strike in 1936, during which the Palestinians objected to the British preferential treatment of the immigrant Jewish population whose numbers grew rapidly.

Jewish immigration to Palestine has been a source of tensions between the British authorities and the Palestinians, especially with regard to the transfer of Palestinian lands to the Jewish community, whether through unilateral handovers or by creating conditions that facilitate land grabbing or land purchase from non-Palestinian feudal owners.

During the Mandate years, the British authorities enacted legislation enabling the confiscation of Palestinian land for military purposes, lands that were subsequently handed over to the Jewish population.

Economic warfare
Under the British Mandate, land transfers were carried out alongside the deliberate targeting of Palestinian agriculture, which is a major link connecting the Palestinians to their land.

During the First World War, Palestine was the site of major battles. The impact of the war, along with epidemics and food shortages, has left the Palestinians in a difficult situation as they struggle to meet their basic needs, according to Farid Touma Allah, a Palestinian journalist who lives in Ramallah, a farmer and an environmental activist.

With the arrival of the British, the Palestinians found themselves forced to sell olive trees wood to the new occupation forces in exchange for basic supplies such as bread and rice, and so the family's heritage was traded for survival, but people's relationships with the land remained critical to emerging from the crisis.

Author Nabil Alqam wrote, "A few years after the end of the war, the food and supply crises ended thanks to the efforts and flexibility of farmers who returned to their farms and the care of their livestock."

But the Mandate powers sought to convert the economic system in Palestine based on traditional agriculture into a capitalist economy.

The new economic system has greatly benefited from capital investment by new immigrants, as well as the traditional Palestinian upper-class leadership that has found an opportunity to increase its wealth.

Thus many farmers left agriculture in order to find work in cities such as Haifa and Jaffa, and this new job provided a good income for their families, but it made them dependent on the British.

Many Palestinians have found employment on British farms and "camps", or have joined the security forces or the construction sector.

Omar Amara, 87, mentioned how villagers in his hometown of Meska, east of Jaffa, produced excess quantities of wheat, "However, we could not sell it because the British imported cheaper wheat from Australia."

Amara, who now lives in the Tulkarm refugee camp, also shared his bitter memories, recalling what happened when the British authorities informed the inhabitants of Meska that they would help in exporting the surplus watermelon to Egypt.

"The train really arrived. The farmers loaded it with watermelon and left. For months, the farmers demanded their money for watermelon, but the authorities continued to delay. They never paid, claiming that the train's load had been looted."

The Great Displacement
According to the data of the Palestinian Central Bureau of Statistics, approximately 800 thousand Palestinians, out of 1.4 million Palestinians who resided in the occupied territories in 1948, were displaced from their villages and cities to the West Bank, the Gaza Strip, and the neighboring Arab states, and thousands of others left the area. For the control of Israel.

According to the same source, today about 11.8 million people live in the historical Palestine (Palestinians and Jews) with an area of ​​about 27 thousand square kilometers. Jews make up 51% of the total population and use more than 85% of the total land area.

And after their number was estimated at 1.4 million during the Nakba, their number today exceeds 13 million, including about 5 million people residing in historical Palestine.

Statistical data show that the proportion of Palestinian refugees in Palestine constitutes 44.2% of the total population, while the number of refugees registered with the UNRWA in 2013 was about 5.3 million refugees, each of the two thousand.

These estimates represent the minimum number of Palestinian refugees, as it does not include the number of people displaced after 1949 to the eve of the June 1967 war who left or were deported in 1967.

News/Politics 2020-05-15T13:25:00.455Z
The lost olive tree remembers the Nakba ... How did the British Mandate authorities uproot the roots of Palestinian agriculture from their lands? 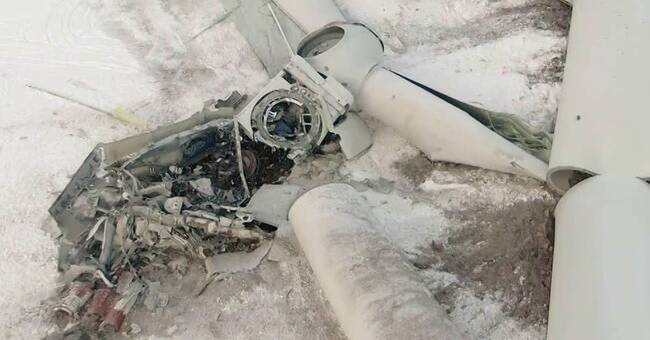