This is the most remote town in the Community of Madrid

This town does not mind being the most remote in the Community of Madrid. Nor that it is, with only about 50 registered residents, one of the most depopulated in the region. Much... 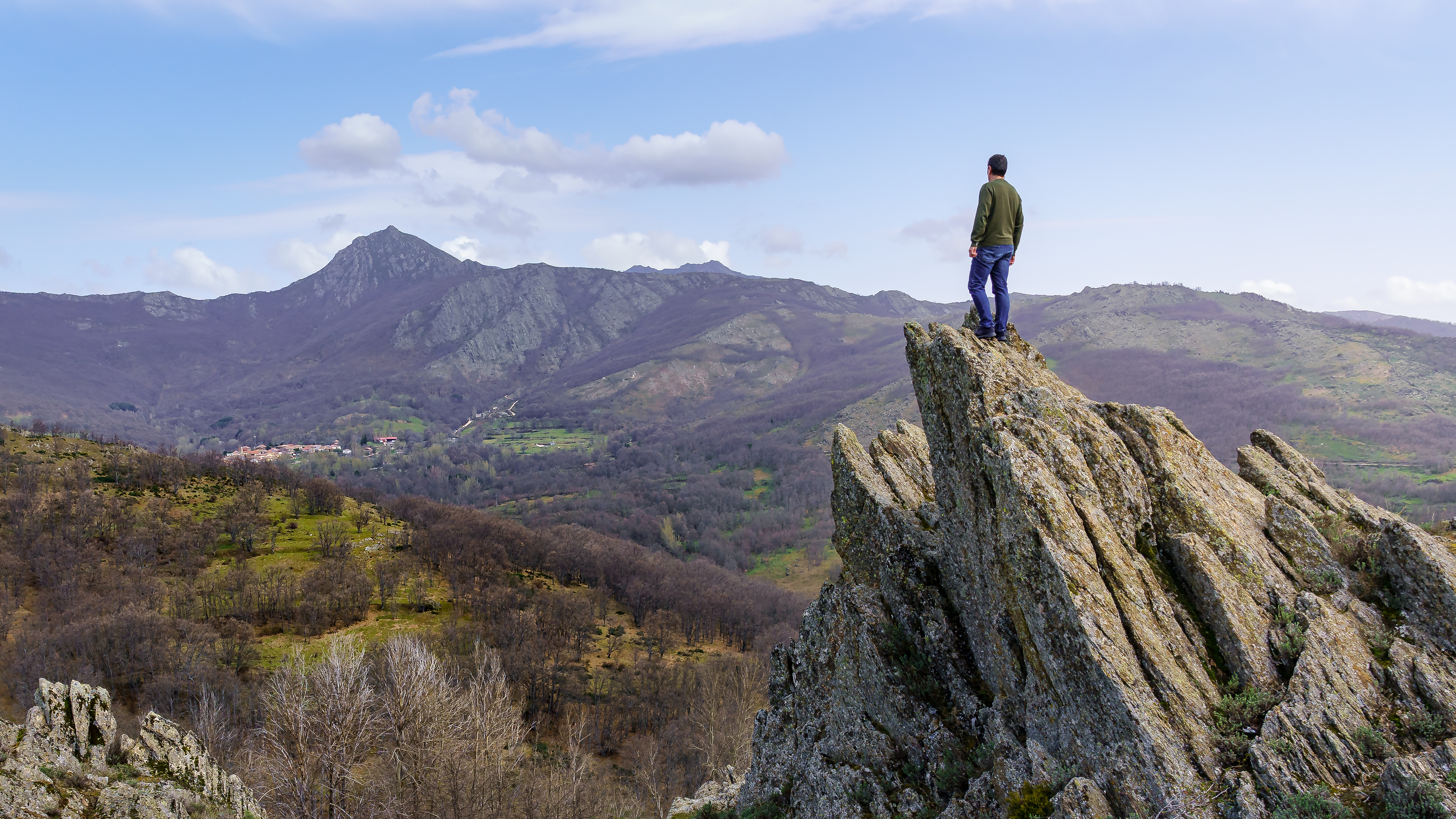 This town does not mind being the most remote in the Community of Madrid.

Nor is it, with only about

, one of the most depopulated in the region.

Much less its cold atmosphere, especially from these dates.

, La Hiruela is one of the half dozen municipalities that make up the Sierra del Rincón commonwealth.

We are in the furthest corner of the Sierra Norte de Madrid, formerly known by the name of

which has now disappeared .

This portion of the Madrid region does not stand out for being especially rich compared to others that are nearby.

However, it is true that it has become one of the

Among the main reasons, the locality and tranquility of its charming farmhouses

stand out above all

, in addition to how well preserved its abundant nature is.

View of the surrounding valleys and mountains.SHUTTERSTOCK

In order to reach our town, we must give that nature a pulse, which shows its wild character in

the port of La Hiruela,

a pass close to 1,500 meters high that must be climbed up its slope of the Lozoya river basin and down the side opposite, that of

All these landscapes are integrated into the so-called

Biosphere Reserve , declared as such by Unesco in 2005.

Set apart by that geography that some winters leaves it completely isolated, La Hiruela preserves its popular architecture with a health that is difficult to find

in other Madrid towns

Robust stone and slate walls, in which small windows open.

in the natural color of brick, to offer the buildings a short and resistant air.

The nature of the surroundings of La Hiruela.SHUTTERSTOCK

stands in the center of the town, where the pylon that once supplied water to the town is preserved.

Nestled in a 17th century house, its interior houses tools, household utensils, clothing and other elements that, together with a set of old photographs, explain what life was like in the region.

is a recurring destination for mountain walkers and mountain bikers.

They practice their hobbies on the extensive network of trails and tracks used for centuries and today perfectly marked out.

, Los Oficios and the

All are accessible due to their short length and the absence of difficulties.

Another of the strengths of the area is its forceful mountain gastronomy focused on livestock and land products from its valleys, mountains and countryside such as

The key is in a traditional way of cooking marked by ancestral knowledge.

In this sense, dishes such as onion blood sausage, white beans with ears,

, migas, chicken in pepitoria or

As for sweets, you should not miss trying the area's shortbreads, made with oil, lard, cinnamon, orange zest, aniseed, wine and sugar.

A good place to taste all these gastronomic treasures -even if you have to travel about six kilometers from La Hiruela- is the El Hayedo inn, located in

It is a cozy and quiet restaurant, where good cuisine is guaranteed.